Florence Given: Giving It All She's Got 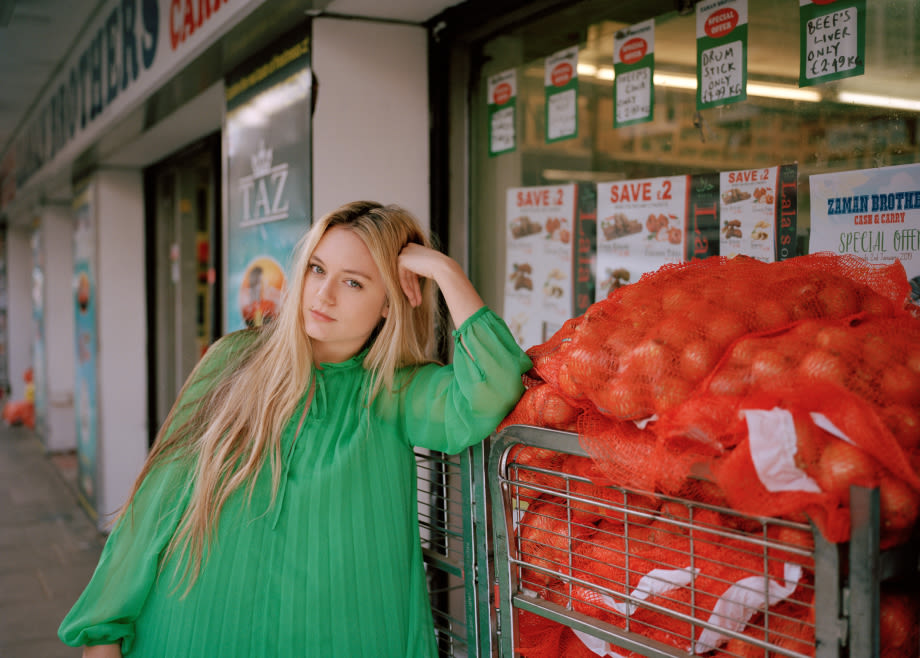 When the artist, activist and feminist leader Florence Given was bullied at her all-girls high school in Plymouth, she could have - quite understandably - moped around or shut herself off from the world. But instead, she enabled the experience to transform her. “I thought, ‘why are they doing this?’” Her eyes then narrow and sparkle: “Then came my discovery of internalised misogyny and feminism.”

Thanks to the internet, 14-year-old Florence learned that sometimes women internalise the sexism they experience in society, which can result in them putting down other girls, acting competitively towards each other or finding comfort in other women’s flaws. As well as understanding why people behave in hurtful ways, being bullied taught Florence how to love herself. “It took me being isolated like that, from everyone at school, to realise that I’m enough on my own,” she says.

Having always drawn and kept journals, Florence’s social and political ideas soon came to life in her artwork. “I realised I could use my art to help other women be themselves without external validation,” she says. “I want all women to feel as whole as I do”.

Featuring sassy female characters poised next to politically charged slogans, Florence’s illustrations have gained her a following of hundreds of thousands of fans, including Rita Ora and Love Island star Megan Barton. With their heavy eyelids, boobs out and catchphrases like “Fill yourself first babe” and “Off for a shag”, Florence’s depictions of women are an embodiment of self-love and the force of the female gaze.

Taking on the big city

But things didn’t start taking off for the young artist, now 20, until she moved to London in 2017 to study at the London College of Fashion. “In Plymouth, I was just a teenager shouting on the internet about feminism,” she says. “It was hard to charge through because so many people were telling me ‘you’re too intense’ or ‘you’re too much’”.

Rather than being embraced, her promotion of intersectional feminism and questioning of her white privilege ruffled feathers in her hometown with people accusing her of trying to divide women. “Then when I came to London... ‘Phew!’ It was like a breath of fresh air,” she says, with a dramatic swoosh of her waist-length mane.

London not only introduced Florence to the like-minded people she’d been longing to meet but enabled her to explore her sexuality and realise there was more to her “girl crushes” than she’d previously thought. “There is no scene for exploring your identity in Plymouth,” she explains. “There’s maybe one gay bar, and it’s mostly cis gay white men. No queer women go there.”

She also had more freedom to develop her vintage, 70’s aesthetic, which she expresses in both her illustrations and personal style. She learned to draw from a fashion illustrator Julie Verhoeven, who’s long-necked, wide-eyed female characters could be Florence’s women’s chic older sisters. “That’s where my source of inspiration comes from and why I like to draw women. Slowly it’s become my own style,” she says. “The women are what I want to look like. The sunglasses, the big hair, it’s just so me.”

While London certainly helped Florence bloom, it only did so because she took her future into her own hands and made sure she got herself in front of the right people at the right time. Knowing she wanted to put on an exhibition featuring female work, Florence found the owner of the space at every exhibition she attended and would propose to put on a show for them. “You can’t just be in London, you have to go out and network,” she says. “You can’t come to the city and expect it to all happen for you and to you.” 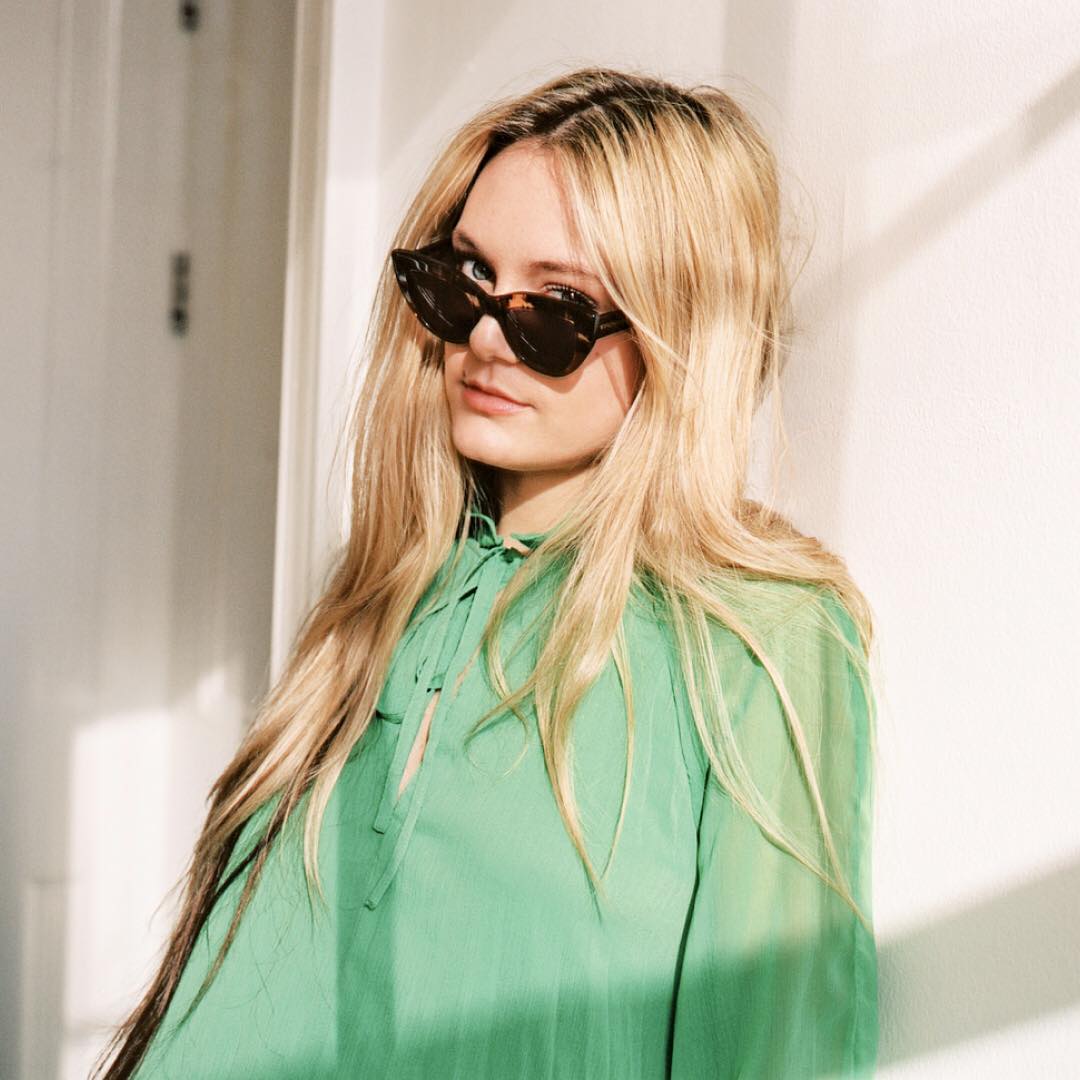 Florence Given wearing the Capri On the Rocks

Her persistence paid off and in January 2018 Florence curated her first exhibition. Launched in partnership with Creative Debuts, Girls Uninterrupted featured work by female and non-binary artists, exploring issues from female sexuality to Islamophobia. More than 1,000 people turned up for the opening night, forming a queue that spread streets-long across Shoreditch. “Even my friends were in the queue for two hours, it was wild,” says Florence.

A few months later, Florence got a DM on Instagram from Rita Ora’s stylist at the time, Kyle De'Volle, who asked her to design the official merchandise for the pop star's 2018 European tour. Not bad for her first big commission. “I didn’t sleep to do that one,” she says. “I don’t draw people to look like people, so it took me ages to get it to look like Rita Ora”. With her work starting to gain traction, she made the decision to quit uni so that she could do her own thing.

From art to activism

It was the artist’s activism however, that caused the biggest surge in her following. In the summer of 2018, Florence ran a campaign calling to cancel Netflix’s fat-shaming series Insatiable. Lowering her voice to almost a whisper, she explains, “That’s why I was bullied in high school, because I had an eating disorder and no one wanted to help me. So it was really personal to me. I didn’t want the show going out into the world and telling young women that this is OK.”

Her petition received 300,000 signatures and she was interviewed on live news in the U.S. “I had so many panic attacks during that phase. People didn’t know that I was just a 19-year-old working from my shoebox room,” she says.

It’s easy to imagine how achieving so much in such a short space of time would be overwhelming, and Florence admits that she has her own demons to fight. “I have imposter syndrome, so much imposter syndrome!” she says, flopping her arms beside her sides exasperatedly. “Which is probably why I’ve done so much. It’s like a constant need to outdo myself. I never rest and feel inadequate wherever I am. When I get down it’s because I think I’m not doing enough or that people are going to catch me out.”

However, in being a strong advocate for self-love, she is well versed in how to get herself out of that negative headspace. An introvert in the truest sense of the word, Florence needs alone time to restore her energy and mental well-being. She advocates active self-care, which for her is dancing — ideally first thing in the morning, in the mirror, with a black coffee and to 70s bands like Fleetwood Mac or The Doors.

“As extraverted as I seem, I love my own company,” she says. “I’m very selective about the people I share this energy with. Because I’m such an optimist and a positive person to be around, people can leech off me, like energy parasites. I’ll come away feeling drained because they are literally using me for free therapy.”

This realisation led her to break-up with her recent ex-boyfriend. “I was like, ‘Why am I trying to fix this man?’” she says. “I wouldn’t tell him about amazing things that were going on in my life because I didn’t want to make him feel uncomfortable about my success. It took him to actually call me a ‘bitch’ one day for me to be like, ‘Who the fuck am I giving all of this amazing, divine energy to?’ He was sucking the life out of me. Since I dumped him, I’ve been living my best life. I have so much autonomy. It’s a gorgeous feeling.”

Post-breakup and eager to share her epiphany with her followers, Florence started Dump Him, a tongue-in-cheek call for women to put themselves first and consider how happy they truly are in their relationships. She is quick to point out that she wasn’t the first to sport the slogan, which Britney Spears wore on a t-shirt after breaking up with Justin Timberlake in the mid-2000s. But now, thanks to Florence, anyone newly single can buy t-shirts and totes emblazoned with “It’s a wonderful day to dump him,” in her retro pink typeface.

“The number of messages I get a day from women saying I’ve just dumped my boyfriend and I feel incredible… that is where the optimism lies, in actions that most women take from my work,” she says. “I want women, trans and non-binary people to take action. I want to be thought-provoking and to help them question parts of their life.”

It could be the blonde hair and furry head-gear, but I start thinking there is something of a modern day, woke Cher Horritiz about the artist (Cher at the end of Clueless, when she is wise and self-aware). I have no doubt that Florence is set to become just as iconic. I tell her that our chat has given me a lot to reflect on in terms of my own feminism. “Amazing, that’s what these conversations are all about,” she says, beaming. “That’s what I’m doing. I’m on a constant journey, trying to unpack my behavior and what’s right. That’s what my work is about.”