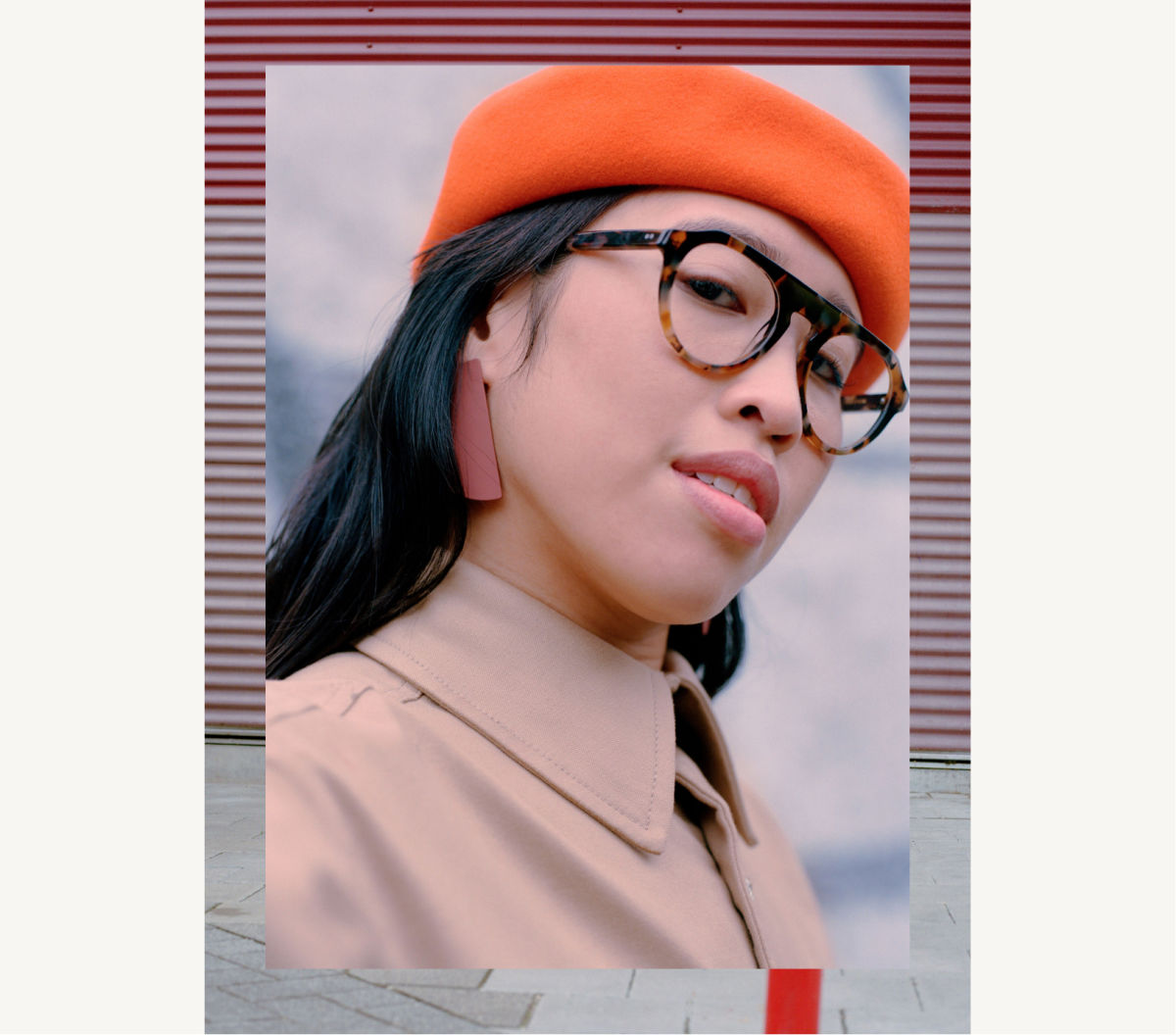 Zing Tsjeng is usually the one asking the questions, but lately, she’s been the one under the spotlight. This new attention comes after the London-based journalist released her critically-acclaimed four-book series entitled 'Forgotten Women', about the lost and overlooked stories of formidable female figures in history.

Zing does a lot, and here comes a very long sentence to prove it: as the executive editor of Vice Media UK, specialising in women's and LGBTQ rights, politics, culture and lifestyle, a contributing writer for publications like British Vogue, as well as a documentary and podcast host — including our own Career Girls, it’s no wonder that she’s been referred to as a “leading light among the women forging the future of the global news industry.”

She’s one heck of a relentless journalist, continuously bringing crucial conversations to the table and standing up for those whose voices remain unheard — and she makes it all look so cool (turn to the picture of her posing gleefully with Spanish director Pedro Almodovar — the iconic female-fascinated Spanish director).

In these confusing and lonely times that we’re living in, it’s comforting to know we’ve got female role models like Zing around — her efforts to make our world a better and fairer place are not to be taken for granted.

We talked to the author over the phone on her lunch break (#nevernotworking), about her career, journalism today and the importance of switching off.

Interviewing a journalist is great if you don’t have a lot of time to chat. Or maybe it’s interviewing Zing that’s great. She answers each question so eloquently, so clearly and precisely without any sort of evident hesitation, yet full of emotion and meaning. Yes, she’s done this before and knows what information is valuable, but her natural fluency is also much to do with the fact that she feels so strongly about her work and why she does it. It’s really quite easy for one to hang on to her every word.

Zing was born in Singapore, but moved to London when she was a teenager. The culture shock she felt came very unexpectedly. “Thanks to the cultural dominance of books, TV and films like Harry Potter, Enid Blyton and Monty Python, there's a certain image of the UK that is projected overseas that bears almost no resemblance to what life is actually like here,'' she explains.

So, when arriving in the UK, Zing found herself surprisingly confused “...why was everyone so mean to each other? (I later learned this was called "taking the piss".) Why did everyone drink so much? Why did everything shut so early on a Sunday?” But she learned to adapt fast “...now I can be just as mean and drunk as every other English person, and I've also learned to get stuff for dinner before the shops shut on the weekend.”

The Cambridge graduate began to consider a career in journalism when she started working on her newspaper at university and won a Guardian prize for it. She then interned at the Guardian and DIVA magazine — a publication for gay and bi-women in the UK — during which the editor at the time, Jane Czyzselska, took her aside and told her that she should really pursue journalism. “That was so encouraging and probably the first time someone had actually told me anything along those lines. I ended up doing a Master’s degree in Journalism and getting my first job at Wonderland magazine straight after graduation.” 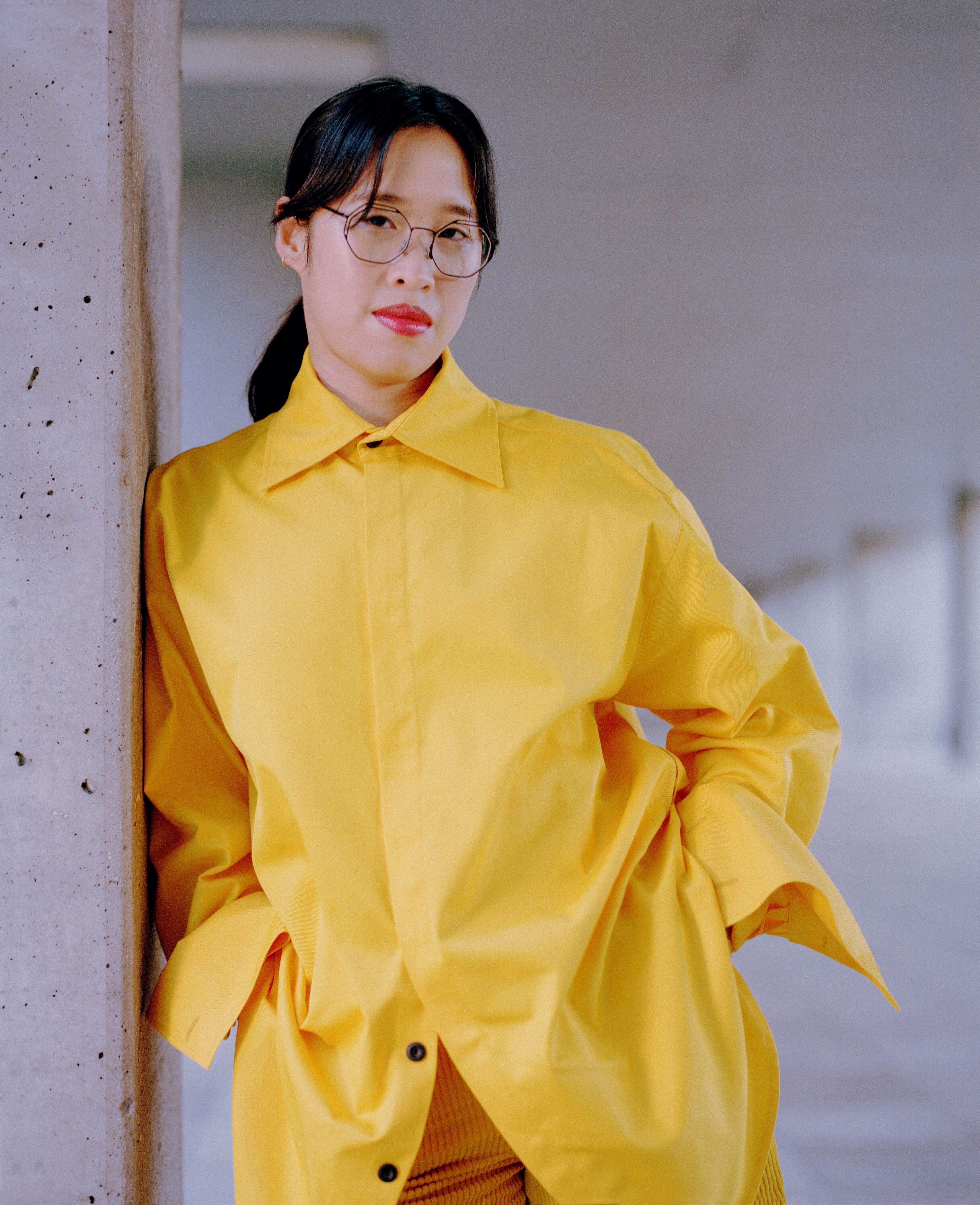 On education and political engagement

It seems that Zing’s career has naturally evolved from one step to the next, from writer to editor to author. Indeed, her journey serves as proof that when you work hard and stand for something, good opportunities come your way.

Her four-book series, Forgotten Women, is a testament to how dedicated she is to women’s rights and bringing untold stories to light — and quite honestly, deserve to be part of the school curriculum. “I’ve been approached by high school students who’ve stumbled across the books and think they should be taught at their school. However, given that it’s a conservative government, I really doubt that they’d want to put my books in schools right now.” she expressed, laughing ironically.

"We should be having these conversations with kids at primary school, about why women like the suffragettes fought so hard to get their vote."

Zing believes political participation is another topic that should be taught at schools. “I have a degree in politics, so I did social and political science, and you get taught all these concepts at that stage, like democratic participation, how to become an active citizen in your society and why voting is important,” she explained. “We should be having these conversations with kids at primary school, about why women like the suffragettes fought so hard to get their vote. So when kids turn 18 and get the right to vote, they’ll understand the significance of it and not see it as just some old, boring and lame thing — it’s a right that people fought for and died for and should be respected. I think so many problems we have in society now are because people aren’t engaged with political concepts.”

Zing writes about a wide variety of things: from women having better sex under socialism, to investigating domestic gendered violence in the UK and how to protect yourself, as part of the campaign she helped create known as Unfollow Me. She’s also recently interviewed big stars such as sensational singer Lizzo and actress Naomi Scott, who plays Princess Jasmine in Disney’s live-action adaptation of Aladdin.

“I’ve always been interested in a wide variety of things like art, history, literature, pop culture. If people are engaged with a topic, that kind of naturally peaks my interest — I want to know what they see in it. I’m generally really intrigued by online cultures and movements” the author explains.

One subject that has been on her mind a lot lately is Alexandria Ocasio-Cortez. “I’m really into young politicians who are changing the narrative around climate change and politics. Cortez is super young, she’s super engaged and she’s found a way of talking to people, especially young people, in a way that is really empathetic. She’s not like an older politician who talks down, she seems to understand young people.” Being a journalist means you have to stay curious about everything around you and remain constantly engaged with the world. “You can’t be closed off, you have to be empathetic and always on the lookout” says Zing.

Yet sometimes, this pressure to keep alert is what stops us from having good ideas. “It’s a real struggle to just switch off. So I try not to listen to music while walking to and from work, because my brain just needs some downtime for me to get creative ideas. I think it’s quite important for your brain to get bored, so you can then properly notice and take in information.”

Zing’s real downtime, though, is gardening: “ I grew all my own salad this year. Gardening is so helpful to switch off because you can’t be fiddling with your phone and checking updates since you’ve literally got your hands all dirty with mud. You can’t really think of anything but what you’re doing.” 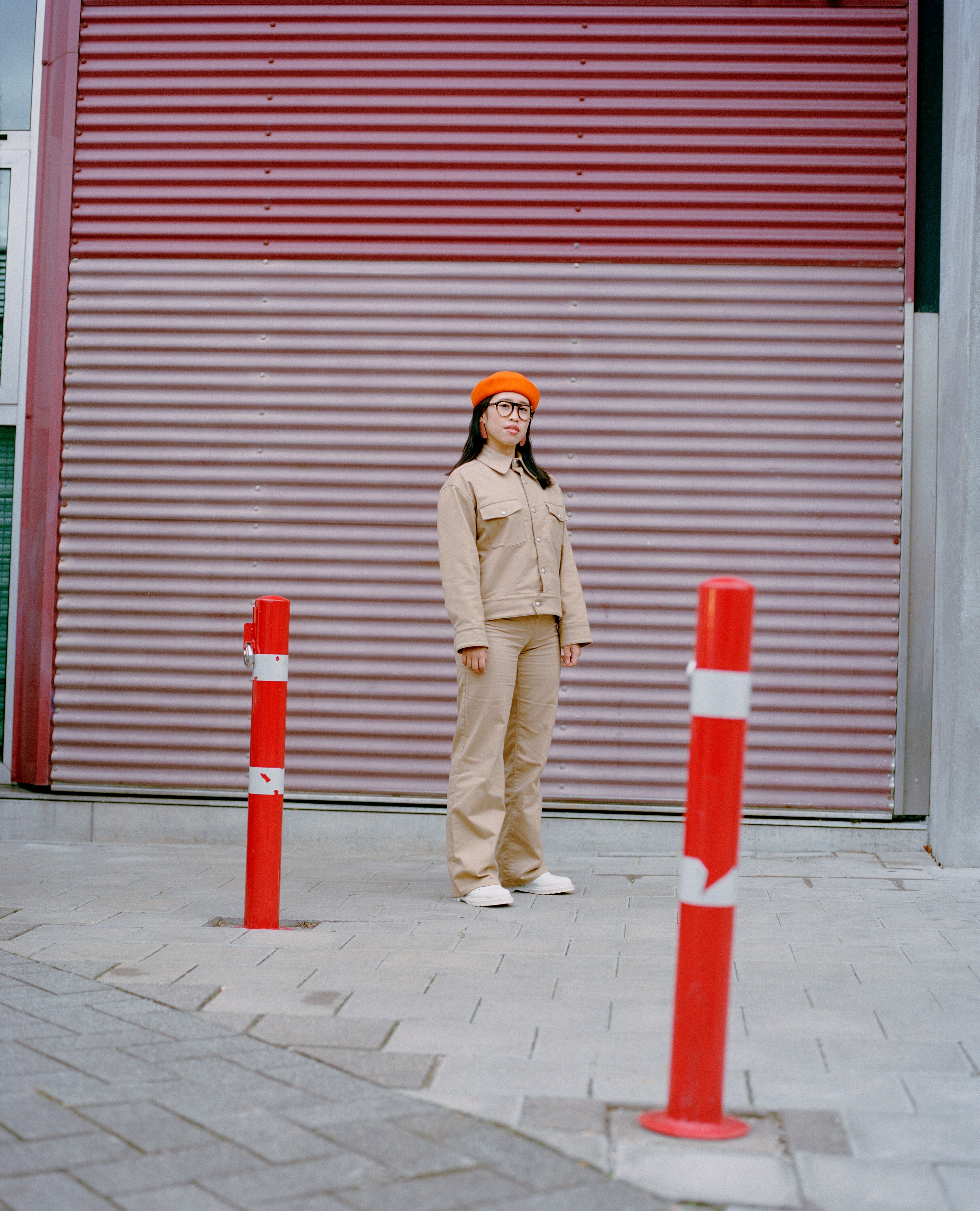 Zing feels that she’s ageing out of partying every single weekend, which was actually one of the ways she found inspiration for a lot of her stories. “You’d see who was going out, how they’d dress like, what they were talking about and the kind of music being played. But literally my body can’t keep up with that anymore. I mean, I get hangovers now!”

However, because of social media, she’s confident about how easy it is to know what’s going on and to keep up with the current conversations. “All you need to do is figure out the right people to follow and interact and engage with them.” When asked if she believes this easy access to information poses a threat to journalism, she immediately says no. “Quite a lot of places like Vice are using Instagram and Snapchat now as platforms for news — so we put together content that’s created specifically for those channels,” Zing expresses. “I think you just have to know how to get through to people. There are so many different platforms now, it would be a shame not to speak to a certain audience simply because you don’t adhere to them.”

Throughout the next decade, Zing admits she really wants to focus on living more sustainably, “I just want to figure out how to have a career, have fun, go out, do all the usual social engagements and whatever, but still do it in an environmentally-friendly sort of way, because I genuinely don’t think that our levels of consumption, especially in the UK, can carry on as they are without really seriously damaging the environment.”

Thanks Zing for inspiring us to #TakeAnotherLook by staying curious, asking questions and always scratching beneath the surface.