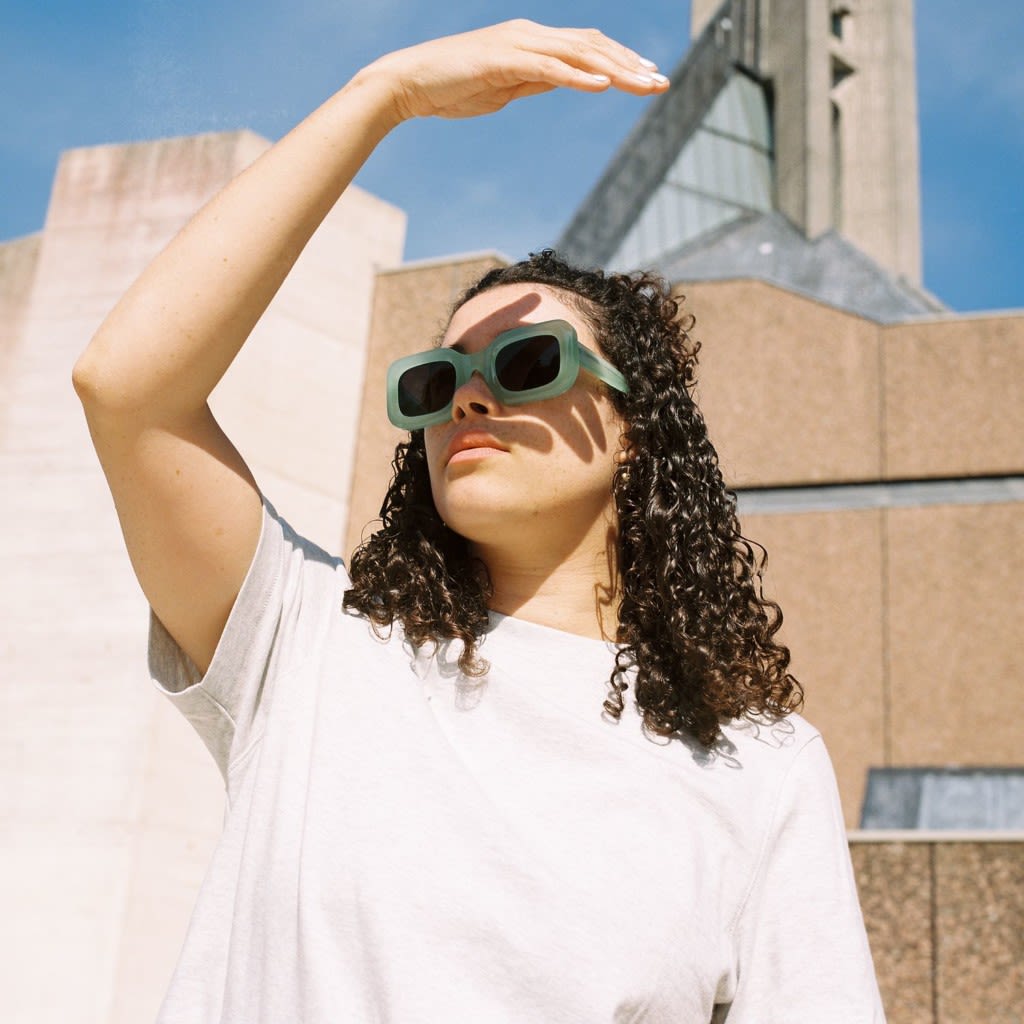 Danielle Doobay is a Bristol-based illustrator, and one of the DJs behind Mix Nights – the informal DJ skills workshop run for women, by women. We talked about her various creative outputs, and the people and places that made them possible.

Bristol crept up on Danielle Doobay. She’d been visiting the city on and off since she was 12 with her dad, who’d take her on trips to visit his girlfriend. When Danielle left her home in North London to study illustration and graphic design at De Montfort University in Leicester, her dad relocated permanently, drawing Danielle back to the city during summer holidays. Starting with regular trips to Idle Hands, she gradually became familiar with Bristol’s tight-knit dance music scene. “When I graduated I was like, ‘oh I’ve got all these friends now!’” she laughs. “I’ve been here ever since.”

Much like finding her new home, she credits finding her place in music to her dad. His career as a musician working with the likes of Cathy Dennis, Juliet Roberts and Grace Jones, meant their house was filled with musical instruments, records, and, crucially, turntables. “When I first started playing out I used to just take his records,” Danielle remembers. “He’s got all these classic 90s house records that I would have had to buy on Discogs otherwise. I’ve got most of his records in my house now.” Her interest developed when she started working at Phonica Records at the age of 18 – she still works there on Saturdays to this day. She spent fruitful, formative years building her personal collection and honing her tastes.

Danielle is quick to tell me how fortunate she is to have been raised around so much music. Yet it’s a privilege she says she didn’t totally recognise until she started running Mix Nights, an informal course in DJ skills for Bristol women she now heads up with selectors Daisy Moon and Em Williams. “Em’s been DJing for 17 years, Daisy went to music school and has always lived with people who had turntables, so we’ve all had access to it,” Danielle explains. “Now we’re realising how many people don’t. We’ve got 200 people on a waiting list!”

The course was the brainchild of DJ Shanti Celeste and local organisation Bristol Women in Music, who were looking for practical ways to respond to the lack of women DJs some three years ago. Initially it was more of a social – drinking beers and talking people through the decks – but when the opportunity arose to fund the course properly, Danielle, Daisy and Em decided to “do it properly” and write a course: eight weeks, eight women, learning about everything from beat-matching to EQs. “We’re not saying ‘be a DJ in eight weeks’,” she tells me. “We’re offering access for people to learn with people they feel comfortable with.” 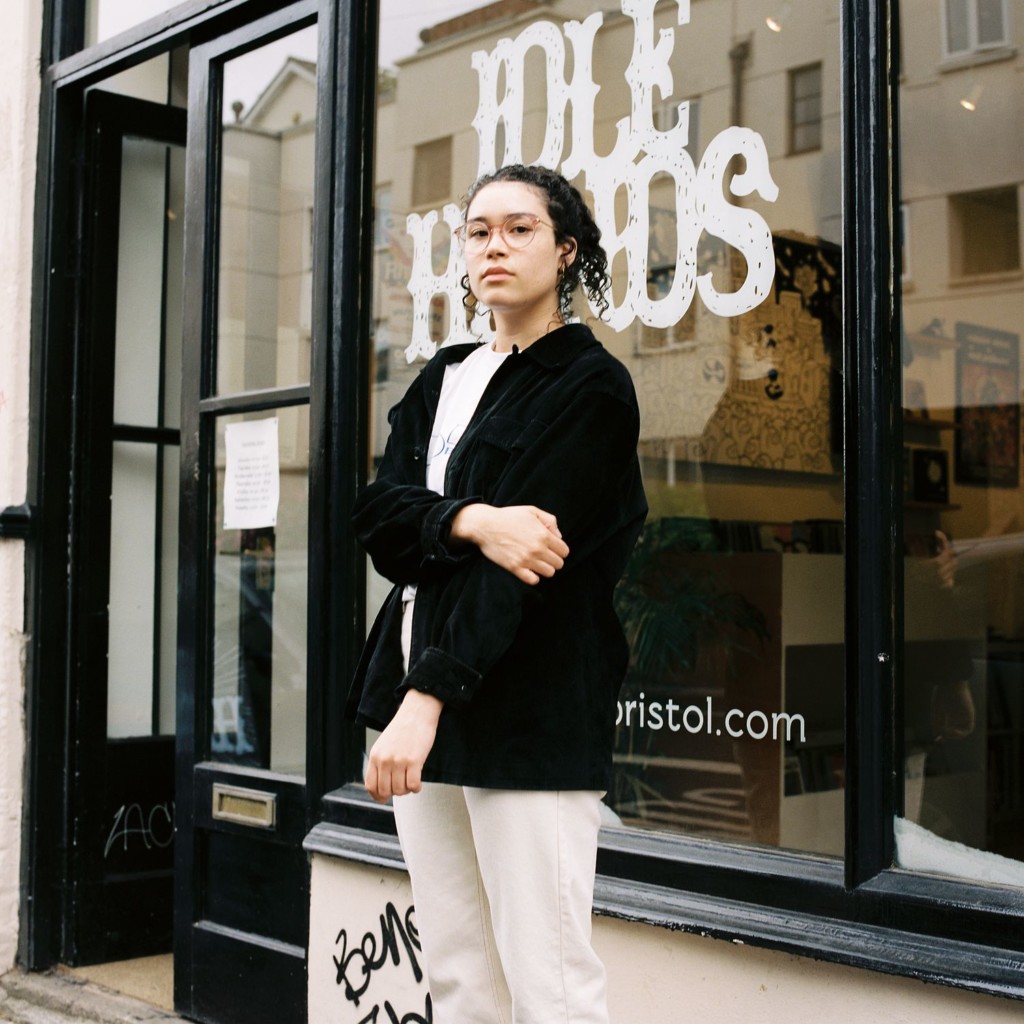 Danielle says the course’s applicants are unbelievably mixed, in age, background and musical experience. The eight weeks end with a showcase at the Love Inn in Stokes Croft, where the students have the chance to play a pre-prepared 30 minute set. “That showcase is where they normally realise whether they want to pursue DJing or not,” Danielle adds, smiling. “Some of them say ‘that was the best thing I’ve ever done, I didn’t want to come off,’ and others are like ‘well… I don’t want to do that again’.”

That said, it’s mostly the former. At present Danielle can think of at least six women who now play regularly in Bristol’s bars, or have radio residencies off the back of the course. In a time where the conversation around women-representation in dance music is too often just that – a conversation – Mix Nights points to an applied way of realising change.

All of which is funny, because Danielle never thought of herself as a DJ. “Illustration was always more in my head as a job,” she recalls. “Music was just a hobby.” Her visual style is unmistakable, using linocut she produces bold, textured prints that feel alive with movement and improvisation. It’s a technique that takes time, blending digital and physical methods to achieve her finished results. It’s a process she honed during a year abroad in Orléans, France, while at university, and according to Danielle remains integral to her inspiration. “I know it would be way easier to do it on the computer but I wouldn’t be able to come up with the ideas. I have to go through that process.”

Her signature look is now associated with the likes of Livity Sound, whose Bristol event series Danielle produces posters for. She’s also created artwork for releases of artists such as Ploy and Tom Dicicco. It’s not hard to see why: Danielle’s dark and striking designs marry perfectly to the chopped and hewn strain of UK techno that Bristol has incubated in recent years.

Her art is now as much a component of Bristol’s nightlife, as her music and mentorship have become. Danielle is unassuming and modest: an artist at work in a creative city. Yet her multi-disciplined output and sense of community reflect the Bristol of now. A place where pieces make a whole.