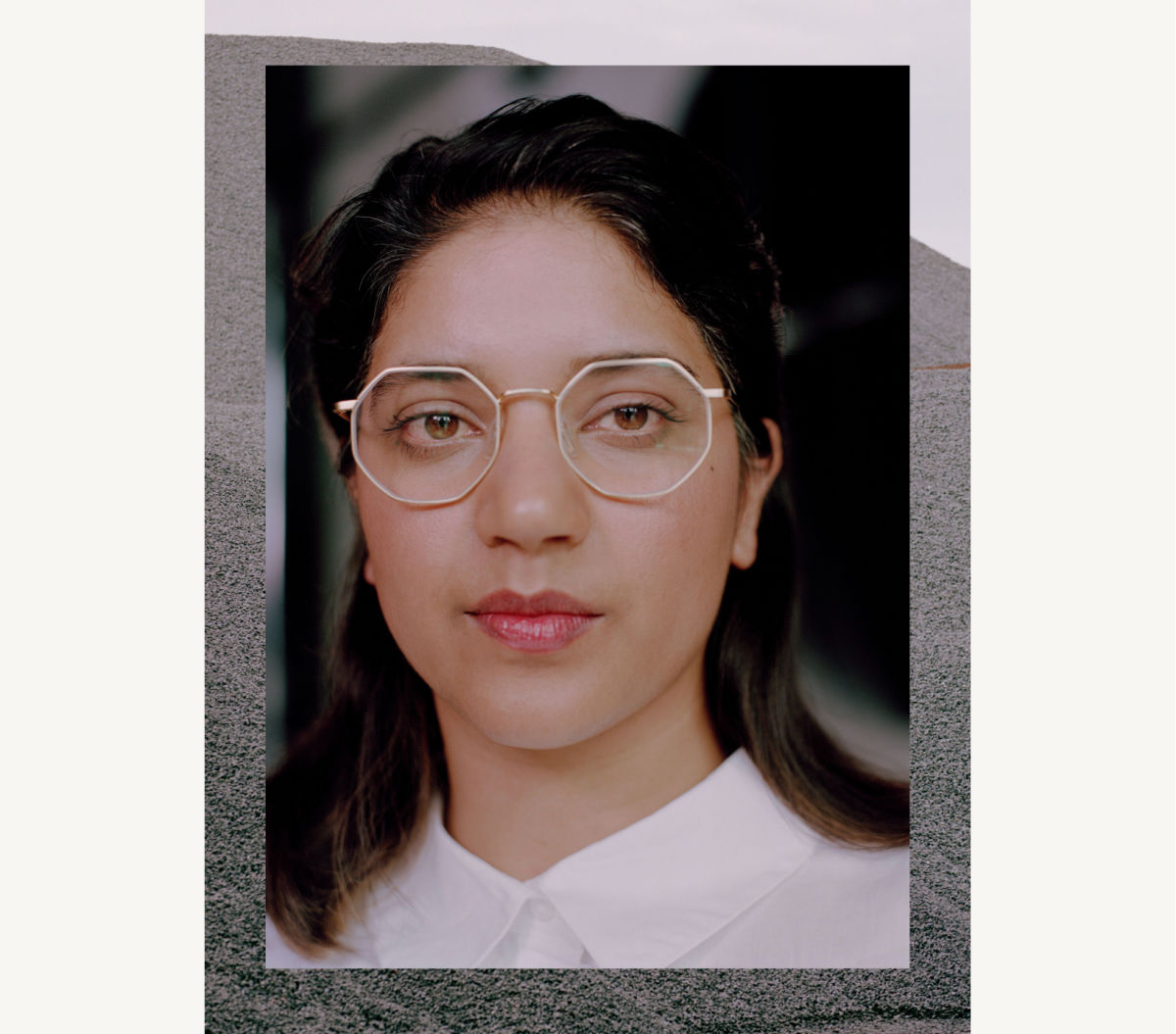 Defining a material is quite a difficult thing to do. According to the Cambridge Dictionary, it's “a physical substance that things can be made from,” simple, right? But when you consider that bacteria, water and even human hair fit that description, it starts to get a bit more complicated. Seetal Solanki is the founder and creative director of Ma-tt-er and has made it her life mission to help us understand why materials are so important to us.

A Central Saint Martins graduate, Seetal has worked for a wide range of clients, from Nissan to Nike, before founding Ma-tt-er — a consultancy, design studio and school — in 2015. Born from the frustration that materials weren’t properly integrated into the design process, Ma-tt-er’s main aim is to make us all consider them more holistically. The studio released the book, ‘Why Materials Matter’ in 2018, exploring the endless possibilities of materials (and yes, it includes a swing made of human hair).

We’ve worked with Seetal once before, for a publication about designing for the future as part of Dutch Design Week. This time, she discussed environmental responsibility, cooking and paving her own way.

You don’t have to talk to Seetal for long to figure out that she’s someone who’s used to rolling up her sleeves and getting things done by herself. She admits that she’s a bit of an outsider and found it difficult to find her place while working in textiles. “I was the glue between all these different areas within a company and it would often not have the importance that it needed.” Materials were usually an afterthought and she was sure it could be done better.

Her frustration eventually led to the founding of Ma-tt-er, which “works with people, to shift the way they use materials, or even consider them.” Having been confined to the worlds of science and academia, increasing accessibility means that companies can integrate materials much earlier in the process. Once the right systems are put in place, it’s better for the environment and the company, too. “If we put materials into the equation, overconsumption will be less of an issue.” 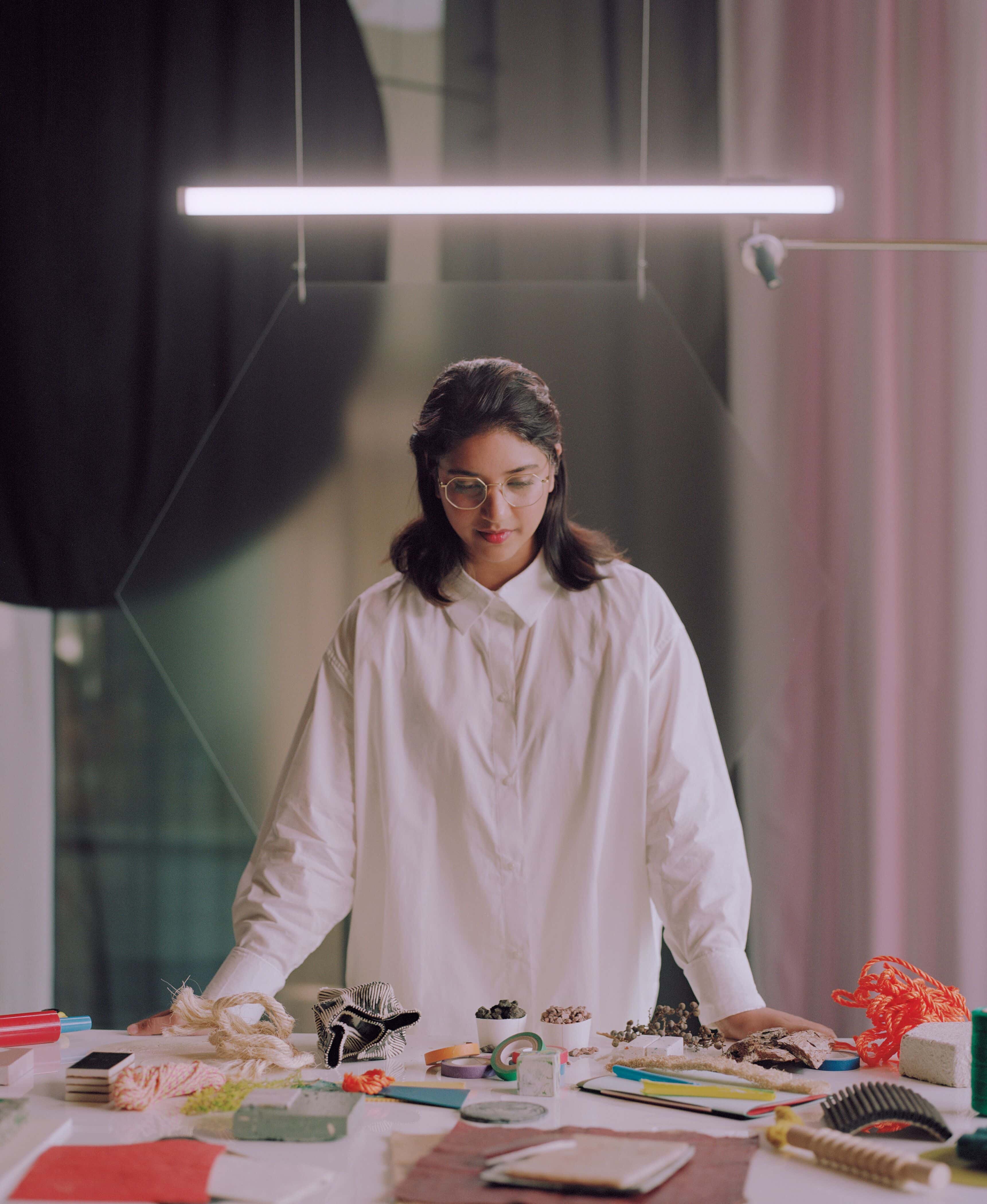 Seetal understands, however, that it’s not easy to make big changes. “How I describe sustainability is a bit like a diet: if you go too extreme, you will fall off the wagon, whereas if you do it in moderation, it feels achievable.” Giving people the right tools to examine their routines and make changes step-by-step is, in Seetal’s eyes, the best way to encourage them.

Since graduating twelve years ago, one positive change has taken place: people are now much more open to making responsible choices. “It could have been a bit more preventative than reactionary, but I’m quite optimistic that people have the power to change things if they do it collectively.”

Once you dive deeper into Seetal’s work, it becomes clear that she’s quite sentimental, often linking her design ethos with emotions. She recognises the power of using emotionally-charged language in her field of work. Creating an “attachment is integral to caring about something and positive change. We want a human connection.” It makes sense: if you care about something, you’re more likely to look after it.

Part of this shift in language is about making materials tangible. She’s a bit of a foodie, having learnt to cook at a young age from her mother. “Anything that was left behind, she would reappropriate or reinvigorate the following day into something that was completely unrecognisable.” This approach inspired her to see and talk about materials as ingredients, which can be broken down and remade.

So, with this passion for the culinary arts, did Seetal ever want to work in a kitchen? Well yes, but she doesn’t see her current career as that far removed from what a chef does. “They’re always together for me. It’s never really something that’s apart or disconnected.” Aside from personal reasons, using the food analogy lends a sense of domesticity to something that might be difficult for others to grasp. 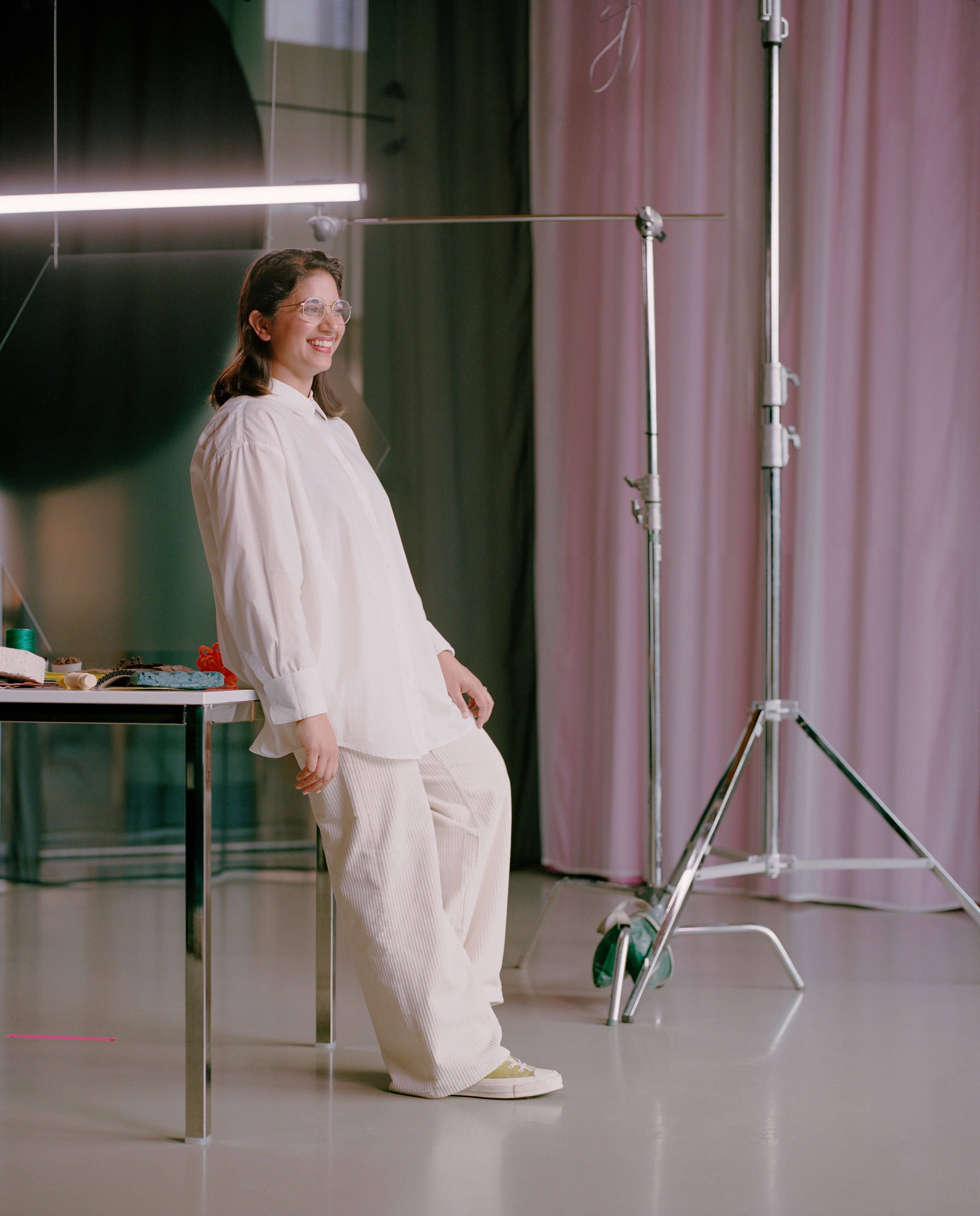 As far as role models go, again, it’s all about food. Seetal is inspired by chefs like Asma Khan (who was featured on our own Career Girls podcast), or René Redzepi. “These people have really created a space they can call their own, but it has a much deeper meaning because it’s not about them, it’s about everything else they’re doing.”

Aside from the work she does for sustainability, Seetal recognises her journey could mean a lot to those who struggle to feel represented. "I don’t think there’s somebody out there that is the same skin colour as me, or the same gender as me doing what I do.” As a tutor at the Royal College of Art, she also hopes to encourage her students to reach for more. “Design has much wider consequences than just the aesthetics,” and putting materials at the forefront of the design process can open a world of possibilities.

Ma-tt-er has only existed for four years, but Seetal’s own experience along with her knowledgeable team has helped it grow. She knows the value of learning from her mistakes, partly from having experience in so many different design worlds. “I wouldn’t say it’s been an easy journey, but I’m at ease with that, because I’ve learnt so much. It’s a life education, as well as professional.”

Seetal’s ambitions spell a bright and collaborative future for Ma-tt-er. Projects such as an open-source vocabulary bank, created with a materials quiz, are dependent on other people getting involved but in the end, it all comes back to food. “It would be really great to have a school in the form of a restaurant or a kitchen. People can come and create their materials and it would be housed in a space that would be really trans-disciplinary.” There’s something about joining round a table and cooking or eating together that creates a long-lasting, meaningful connection.

Seetal considers her career way more than just a job. It’s a lifestyle, with a big emotional investment, but just like the chefs who inspire her, she isn’t looking for any glory. “My only agenda is to get people to use materials more responsibly,” and it’s ongoing. “I’ve still got a long way to go. It’s my mission.”