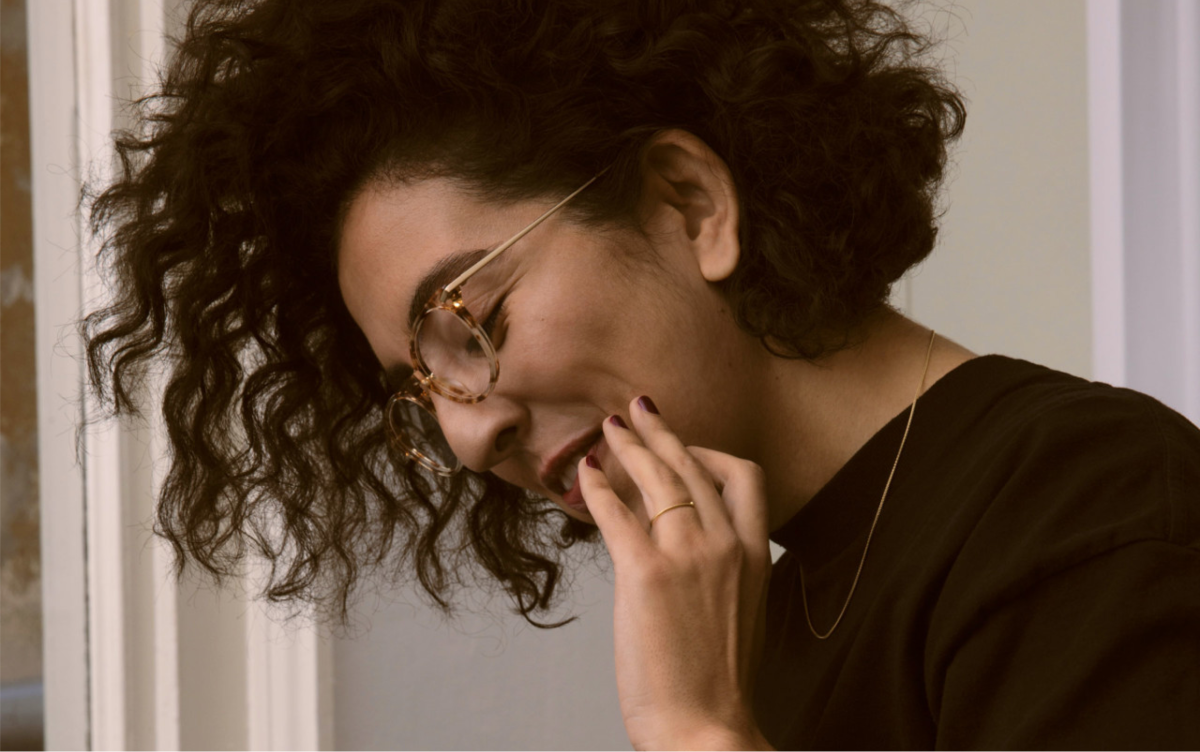 We enter the bright office space shared by Antwerp-based agency Initials LA and Amsterdam-born company Crisp Sheets just as the photoshoot is wrapping up. Agent extraordinaire Saba Babas-Zadeh is incredibly calm and collected considering the chaos around her, and we can’t help but think she’s somehow channelling the tranquil vibes of the Hortus Botanicus Amsterdam just across the street.

She’s focused yet seems comfortable, and fully absorbed in the conversation in a way that makes you feel all-important: we can imagine that this is what makes working with her an absolute delight and why the talents she coaches are lucky to have her.

I stay true to myself

As an agent, Saba works with recently graduated and established photographers looking to make a dent in the industry. One of the things she tells them, which she has learnt the hard way, is to stay true to yourself. “I was born in Iran and my mother fled to the Netherlands when I was nine years old. Growing up, I never felt like I fit into a certain group. Just a year ago I accepted that I actually don’t want to fit in anywhere, I want to be an individual, I want to be free. I find it easier to connect with people in this way.”

I prefer to do things a little differently

During her studies at the Amsterdam Fashion Institute, Saba realised that fashion wasn’t really for her. “I thought fashion was too superficial,” she says. The designers that inspired her, like Martin Margiela, had their own visions and did what they wanted despite the trends. “What I loved about Margiela is that he communicated with the world through his work in a unique and creative way. He shook up the fashion world quietly and calmly – which is pretty unique in an industry where everyone’s screaming to be noticed.”

In the same way, she’s interested in working with photographers who are doing things a little differently, who dare to push boundaries and say no when they’re asked to create work that doesn’t match with who they are. “Photography isn’t just about creating a flat image anymore. We’re seeing photographs work in 3D, film and even in sculpture. Today it’s all about challenging what photography is and what it can be.”

I’m going out on my own

Saba won’t be working at Initials LA for much longer. She’ll continue to explore ‘the future of creating’ while setting up a business with two friends called matter international. “It’s scary to think that the only thing I will be able to build on is myself. No one’s going to tell me that something’s not a good idea or that I can’t do it. But I actually find that quite comforting.”

We ask her if she’s afraid of failing, but ‘failure’ isn’t a word she believes in. “I don’t think you can fail at anything in your life. Everything you do shapes who you are. It’s just about how you deal it.” For Saba, that means occasionally retreating from Amsterdam’s ‘it’ scene and disconnecting from people. “I actually love being alone, it fuels my brain in a strange way.” She has adopted a new approach for 2018, which she calls ‘non-fuckery’, and hopes others will too. “Just don’t give a fuck and do your own thing.”

Follow along at www.sabababaszadeh.com and her new project matter international