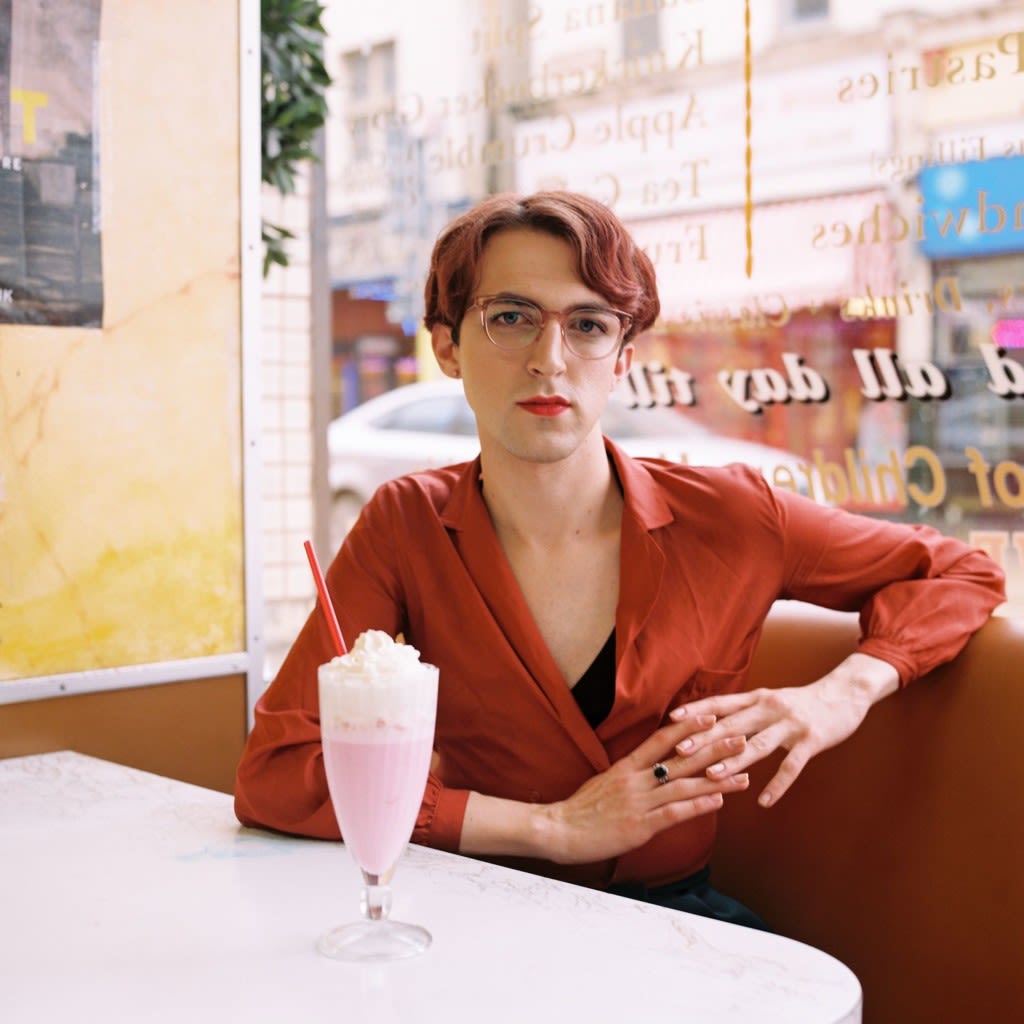 Jo Bligh is the producer and curator behind Bristol collective Thorny, a platform for the city’s marginalised voices producing club nights, performance art and live music. As a hardworking, vocal and creative non-binary figure, they have influenced a huge shift in visibility for Bristol’s queer community. We discussed their fight to be heard by the city and the explosive joy of claiming space through dance, laughter and provocation.

It was on seeing the Arnolfini – the epicentre of Bristol’s art establishment – covered in whipped-cream and slime that Jo Bligh felt progress was finally being made. Jo (who identifies as non-binary) and their queer collective Thorny took over the auditorium at the end of last year, and wreaked havoc. “The building was physically intervened with,” Jo remembers. “There was glitter, hair, glue all over the walls and the floor and on the pavement outside. I was like, ‘yes, this is what this place has needed’.” It was the culmination of years of work. “Instead of us shouting to be heard by a city that wasn’t listening, that was a moment where somebody said ‘we are’.”

Jo grew up in Croydon, but moved to Kent aged nine. It was a childhood split across two places: one metropolitan and diverse, the other small, conservative and closed. So it follows that when it came to applying to university they were drawn to somewhere like Bristol. “I guess, maybe subconsciously, I was attracted to finding somewhere that reflected the first part of my upbringing.”

Yet as much as Bristol prides itself on being open, it’s far from perfect. Through their three years at university Jo struggled to find their feet. “I tried to push outside of that university bubble, but I found it really hard,” they recall. It took graduating, moving away, and then returning to the city with fresh eyes to discover the people they’d been searching for all along. Jo remembers standout evenings at the now-closed Milk Bar, curated by Bristol collective Residence, as well as an unforgettable night watching gender-queer psych musician Many Monika (who would go on to perform at Thorny’s first event). “I was meeting so many different groups of people,” Jo explains. “So after a while of meeting them, I started thinking of ways they could all be brought together.”

The first ever Thorny event was, in Jo’s words, instinctive. The acts comprised of Many Monika, post-punk outfit Oh, The Guilt and Jo, performing a gore piece that involved a bucket of fake blood and ultimately breaking someone’s laptop – an outcome neither Jo, nor the laptop’s owner, anticipated. “It felt like a weird cult meeting,” they laugh. “It was really trashy, and a shambles, but it broke down a sense of pretence. I thought: this is the future.” 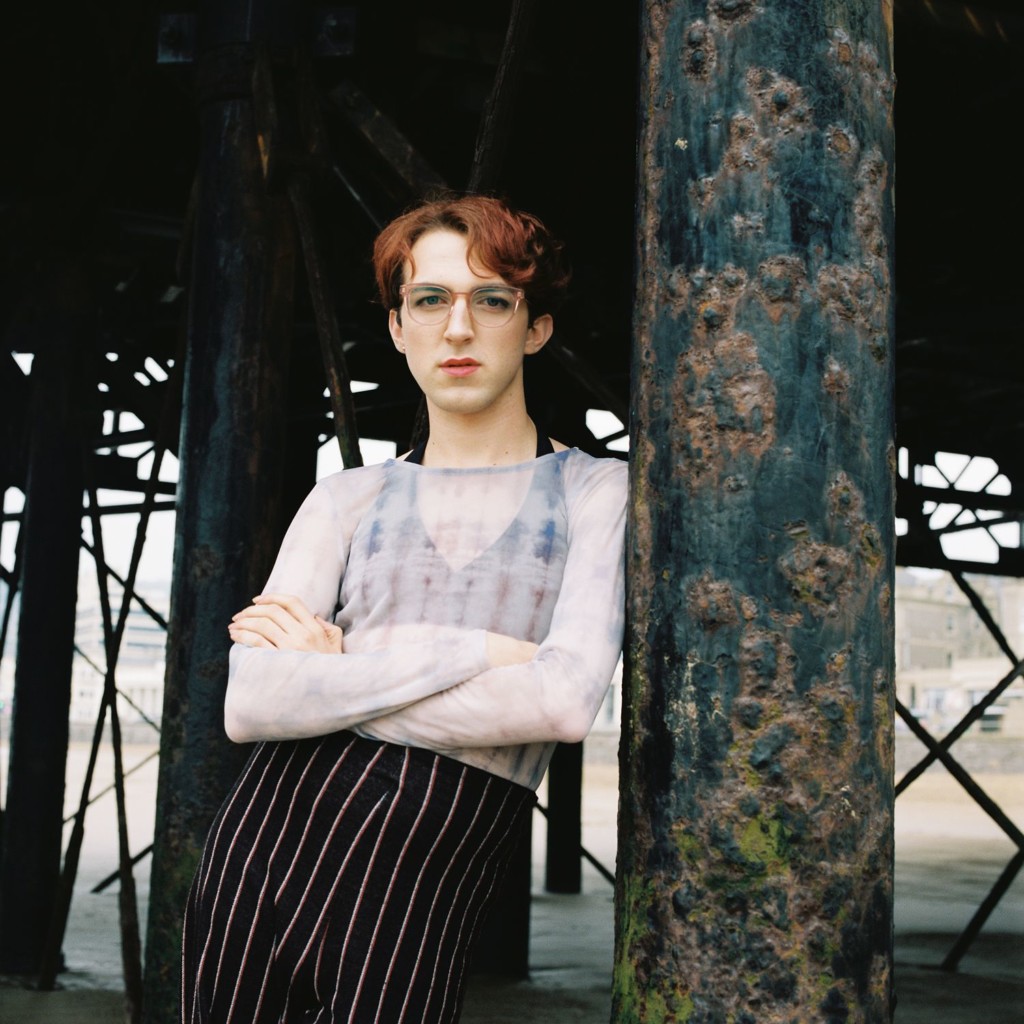 Thorny has since played host to acts like LGBTQ icon David Hoyle, groundbreaking poet and theatre-maker Travis Alabanza and South Africa performance duo FAKA (Jo tells me Thorny try to book a consistent mixture of local and international acts). Perhaps more than the performers though, Jo impresses the importance of space – occupying Bristol’s conventional environments and welcoming the outsiders in. It’s an approach that forces Bristol to embrace and interact with its marginalised, queer communities, who have remained invisible for too long. “I have seen grown men come in looking terrified and by the end they are covered in glitter and moshing,” Jo adds, smiling.

Part of this means creating a safe space – Thorny has a policy which is on their website and at all of their events – but Jo tells me they are just as interested in making spaces inclusive. “Obviously safety is paramount, but if you’re going to invite a diverse group of people to something it’s about listening to what they need and giving them an opportunity to feed into the conversation,” they explain. It’s a conversation that has opened Jo’s eyes to the depth of experience in Bristol, something that drives their desire to expand Thorny’s scope. “Queer people exist here. There might not be designated spaces we can go to, but we’re all here.”

On the subject of their significance in this journey, Jo is wary of being labelled a leader. They stress the hard work of producers Jo Kimber and Alice Quigley, who “hold everything together”, as well as the network of people from photographers to artist liaisons to illustrators who make it possible. Jo accepts an element of responsibility that comes with providing environments in the way Thorny does, but is keen to present a version of leadership that is vulnerable.

“Who have we got for inspiration?” Jo asks. “Theresa May, who is clearly crumbling, but will not admit that she finds it hard, or that she made a mistake. I’m not trying to sound like a political leader, but I’m interested in seeing how you can do things differently. Say: this is terrifying, leading something is hard, I’m crumbling most of the time, I need loads of support.

“It’s not just me, it’s a community that are doing this together and we should have collective ownership.”