Juno Dijkshoorn made you look 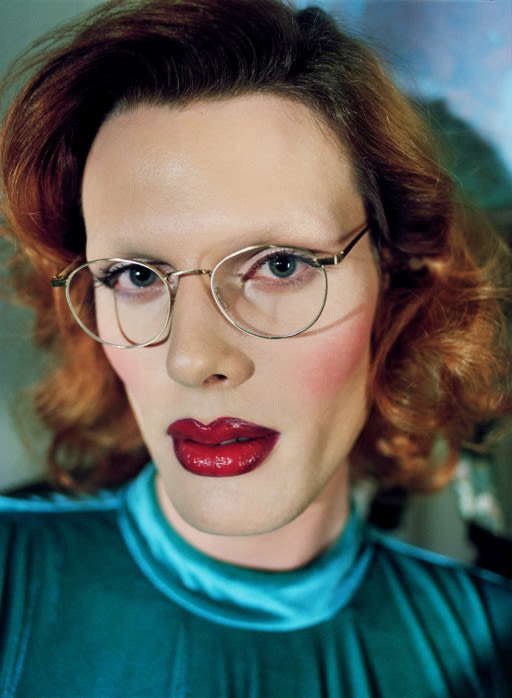 Juno Dijkshoorn is the makeup artist boldy treading the intersections between catwalk fashion and Amsterdam’s storied drag scene. Working as a performer in clubs her looks have always been theatrical, but its her fearlessness as an artist that has seen her status grow both in the scene and online. We spoke about making an impact, the looks she’d rather forget, and the all important devotion to self.

Juno grew up on Terschelling, an island and municipality North of Holland best known for its lighthouse and its cranberries. She began experimenting with makeup aged 15, arriving at school with Lady Gaga inspired eyeliner. “If I look back on it now I looked hideous but I really thought I looked very cool,” she jokes. Before long she had grown too big for her home. “The island was fun but boring,” she explains. “Until a certain age it’s okay but you have to leave if you want to see the world.”

Amsterdam has always been recognised as a haven for queer culture, so it’s no surprise that Juno’s escape saw her beeline straight for the Dutch capital. She arrived aged 17, and immediately began working as an intern for a fashion designer. “He did styling for festivals, so that’s how I got into performing and dancing on stage,” she recalls. “It was funny. Often we would go to festivals I wasn’t allowed into, because you had to be 18, so they would have to sneak me in.”

Her performances led her further in Amsterdam’s drag scene, and Juno immersed herself in the city’s queer nightlife culture. She now holds a hosting gig at a club every Friday and Saturday, as well as regularly performing and partying at other spots during the week. “I feel very safe in Amsterdam,” she reflects. “Sometimes I think I want to move to London or Paris, but it feels like a village. Shit happens, like anywhere, but if you walk through the streets here you always see like five people you know.”

Backed by this support network she has become a braver and bolder makeup artist, creating looks that are as reliant on the art world as they are theatre. As a trans woman, she plays confidently with expectations of gender, deftly reworking influences that fall anywhere between sculpted androgyny and vintage Hollywood chic. Then there are the looks that defy category altogether, such as the “high fashion serial killer” look she debuted last year, by gluing a newspaper to her face with two eyeholes. “It looked kind of artsy but most people were just really afraid,” she laughs. “It was a ten minute look and it was effective. Those are the best.”

Ask her who her favourite subject is, and the answer is simple. “I do it for myself,” she states. “I’m the canvas.” By making herself the subject, she is able to push the boundaries of self-expression, as well as making herself stronger in the process. “Sometimes I have days where I feel like shit, don’t want to do anything,” she explains, “then I kick myself out of the bed, say come on, put on some makeup, and I always feel better.”