After having lived in a fast-paced city for many years and returning back home to Felixstowe, Ruth Baldry became increasingly fascinated with Landguard Point — a historical building surrounded by nature, where she and others go to in search of peace and quiet. Intrigued by this experience, Ruth’s photographs show people’s interaction with such a place throughout a period of time, and also represent an important personal phase, of growth and healing. 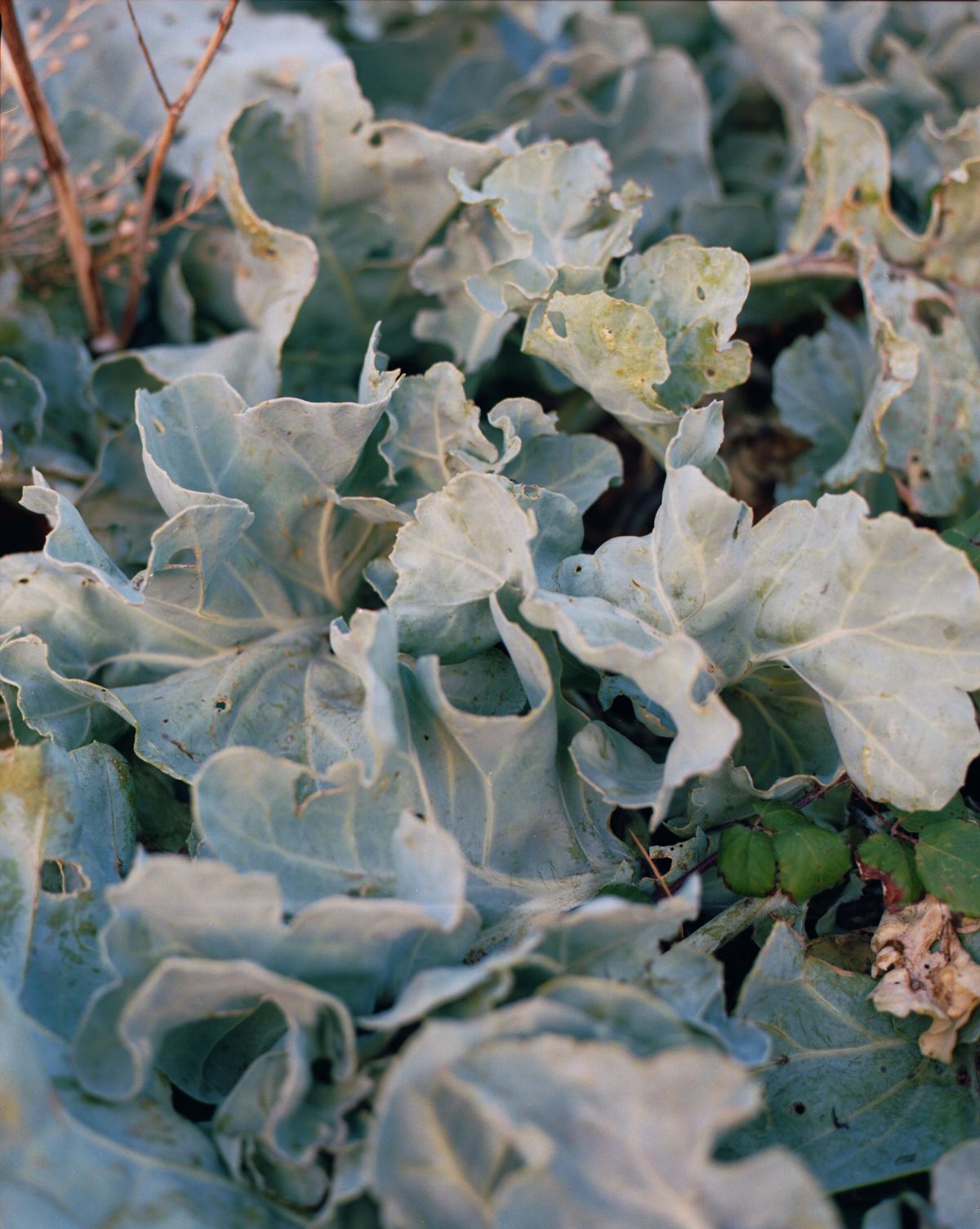 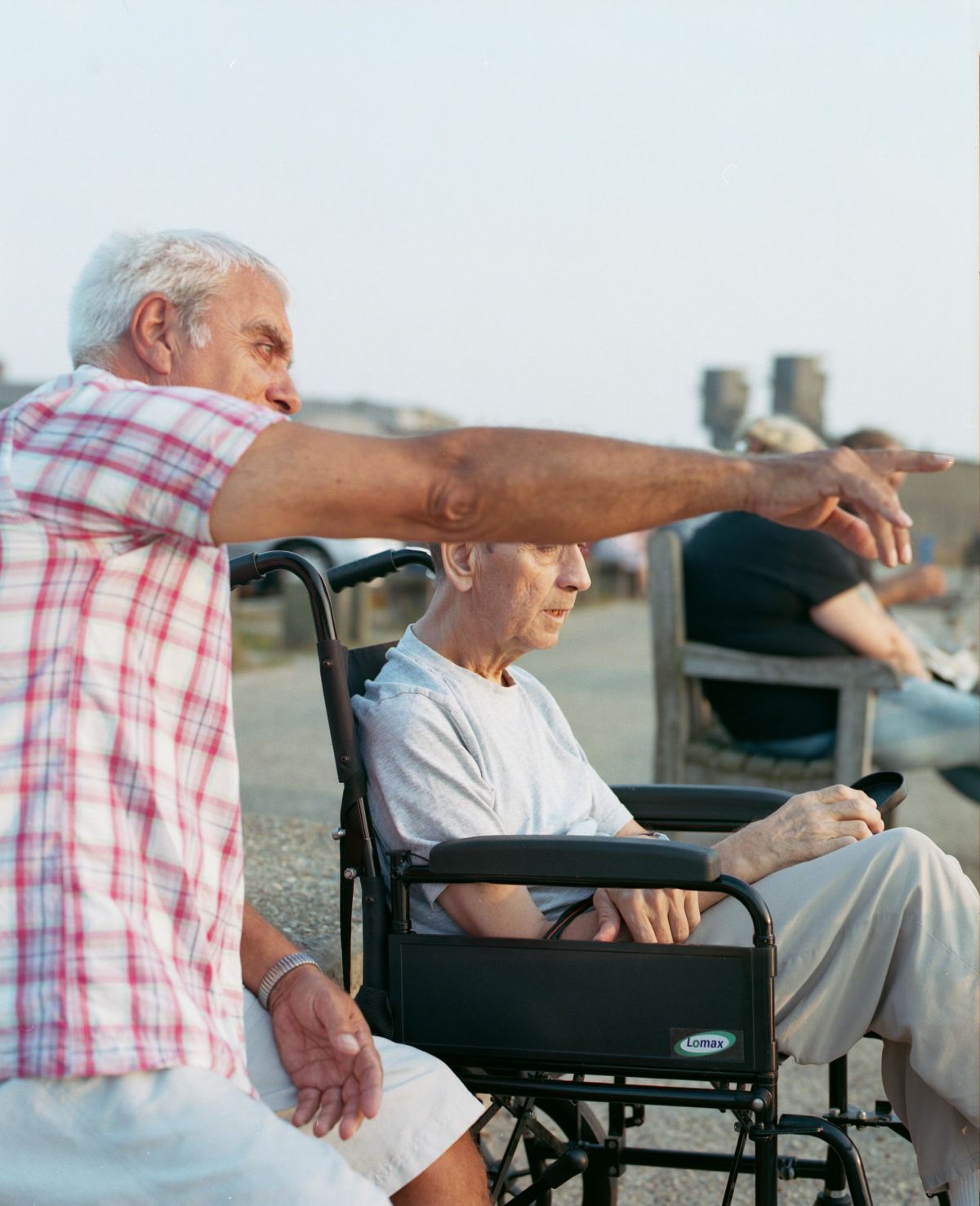 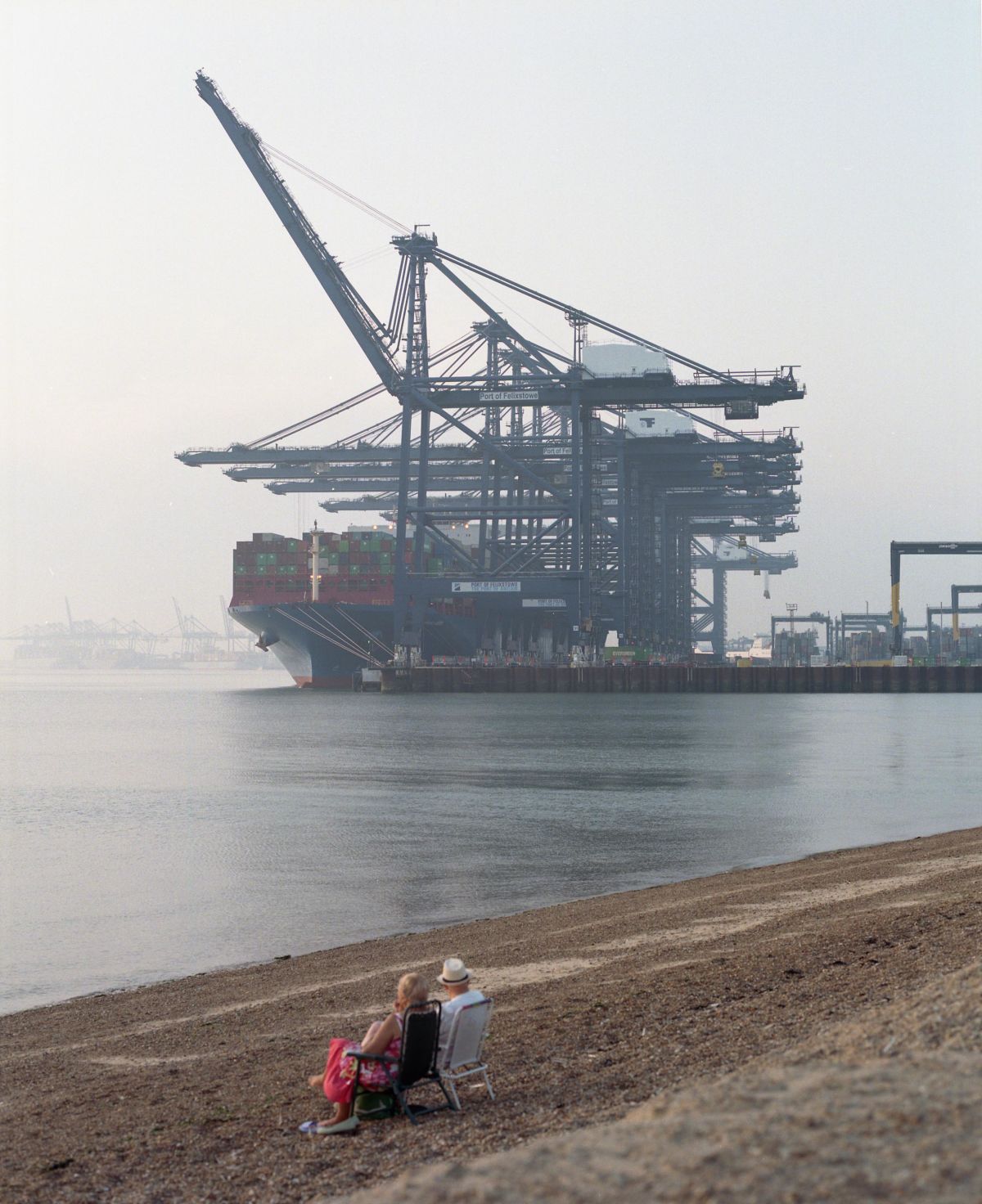 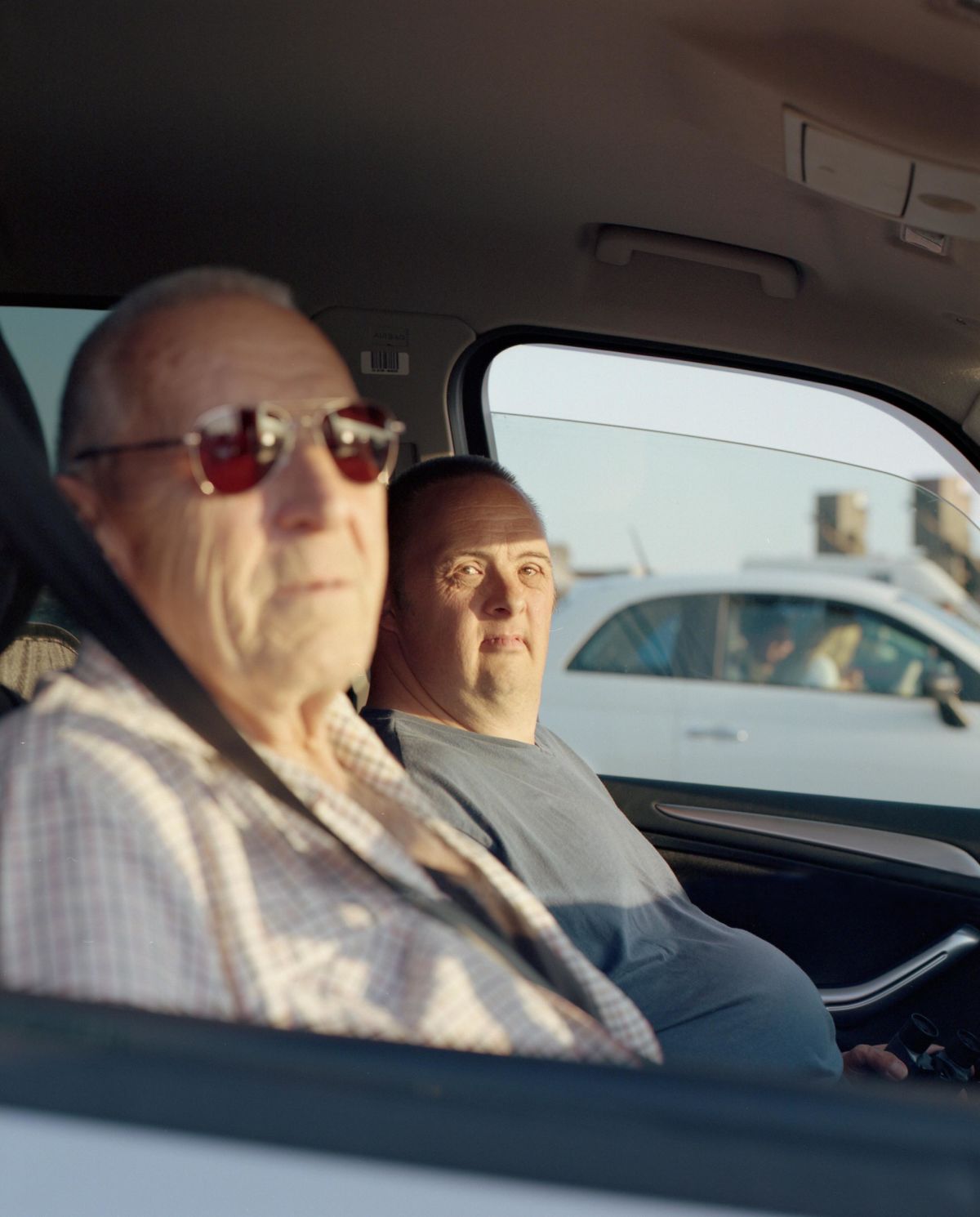 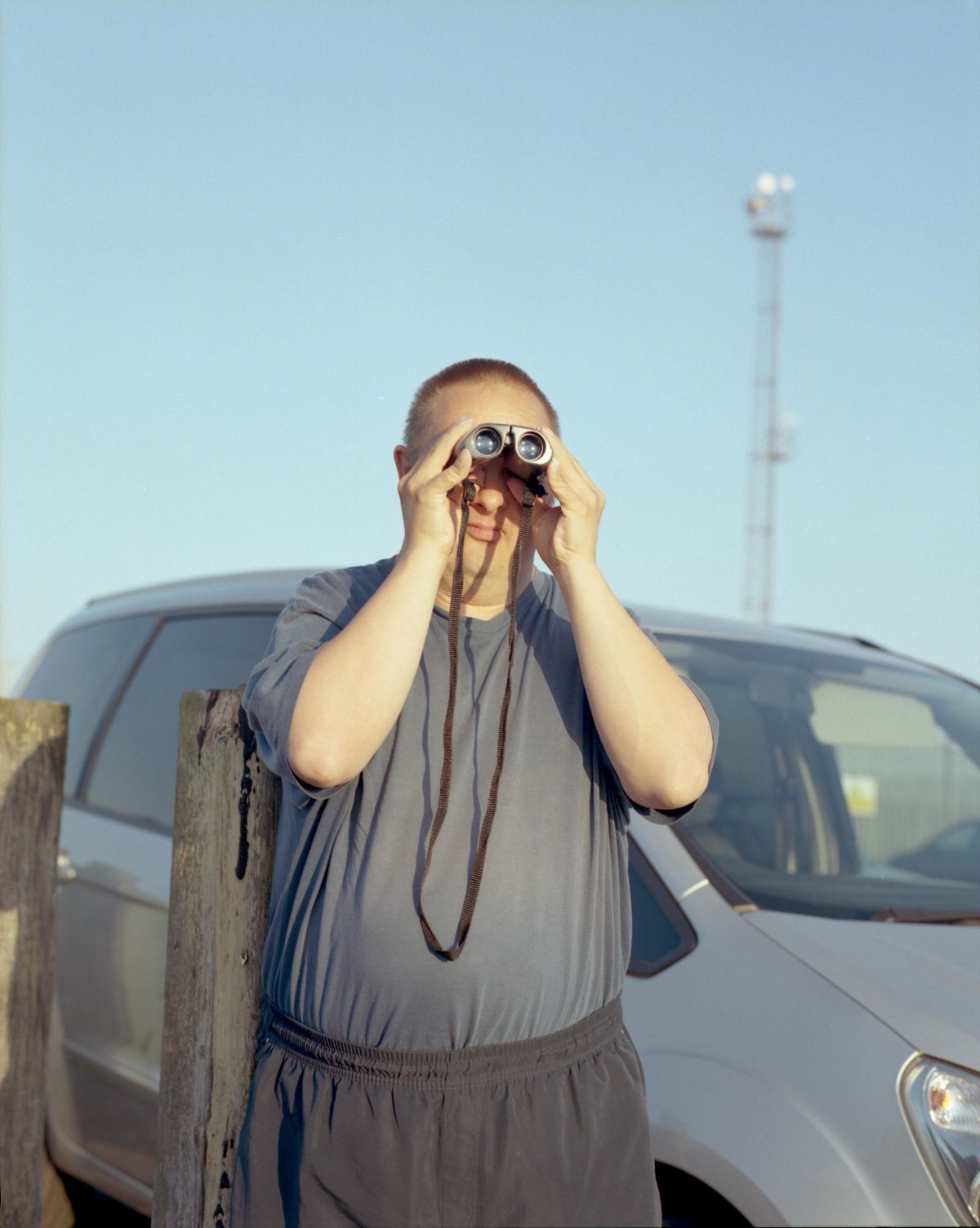 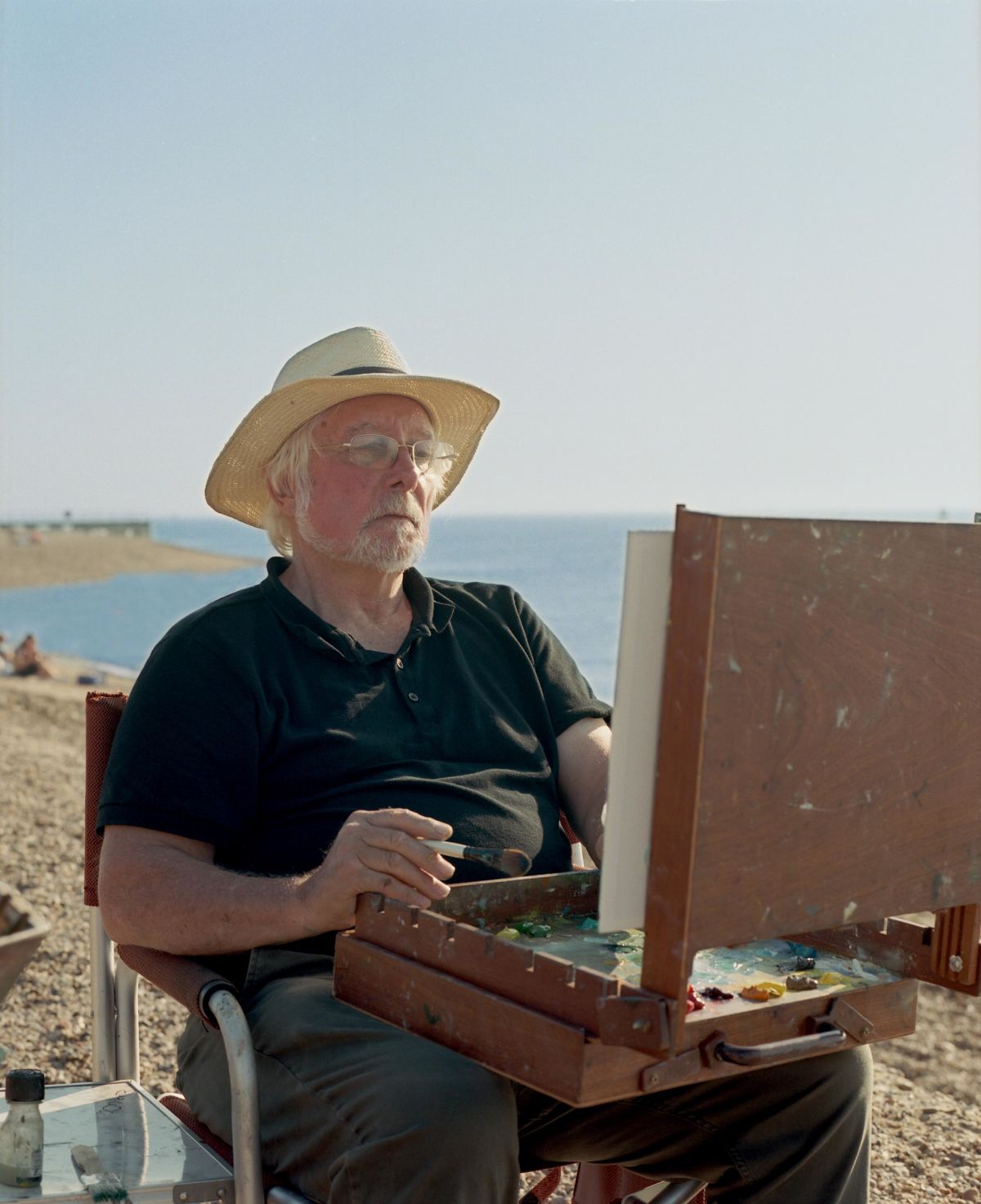 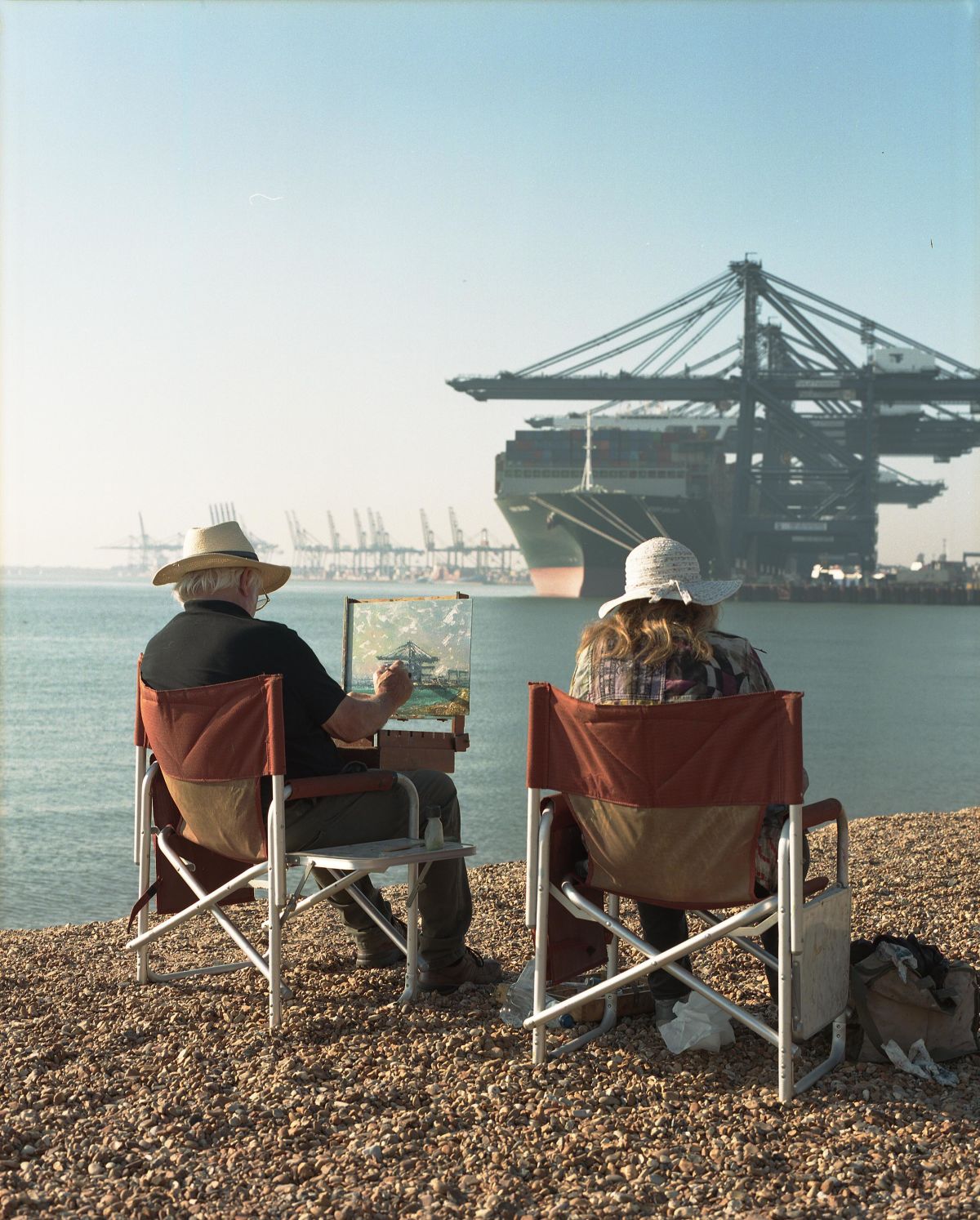 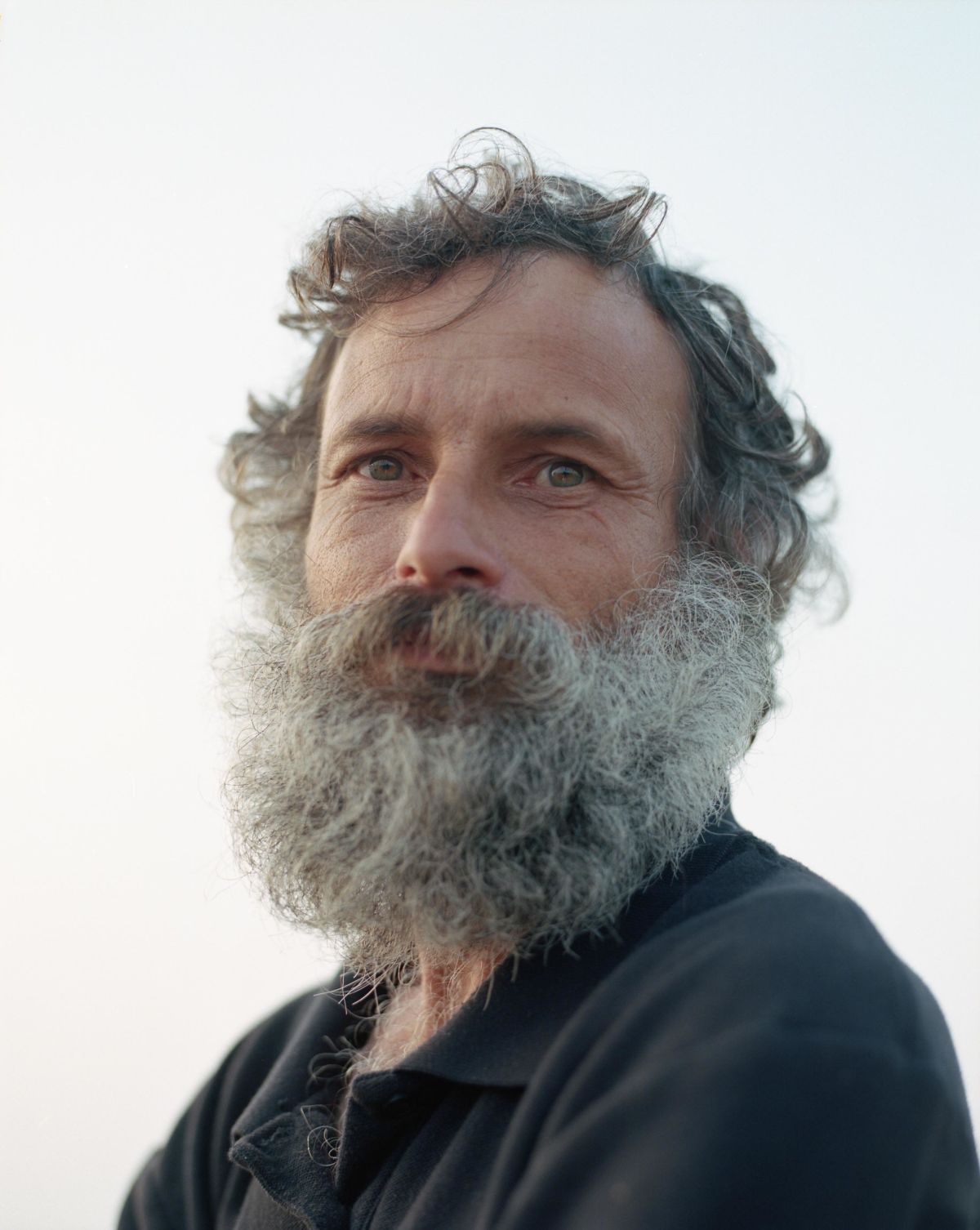 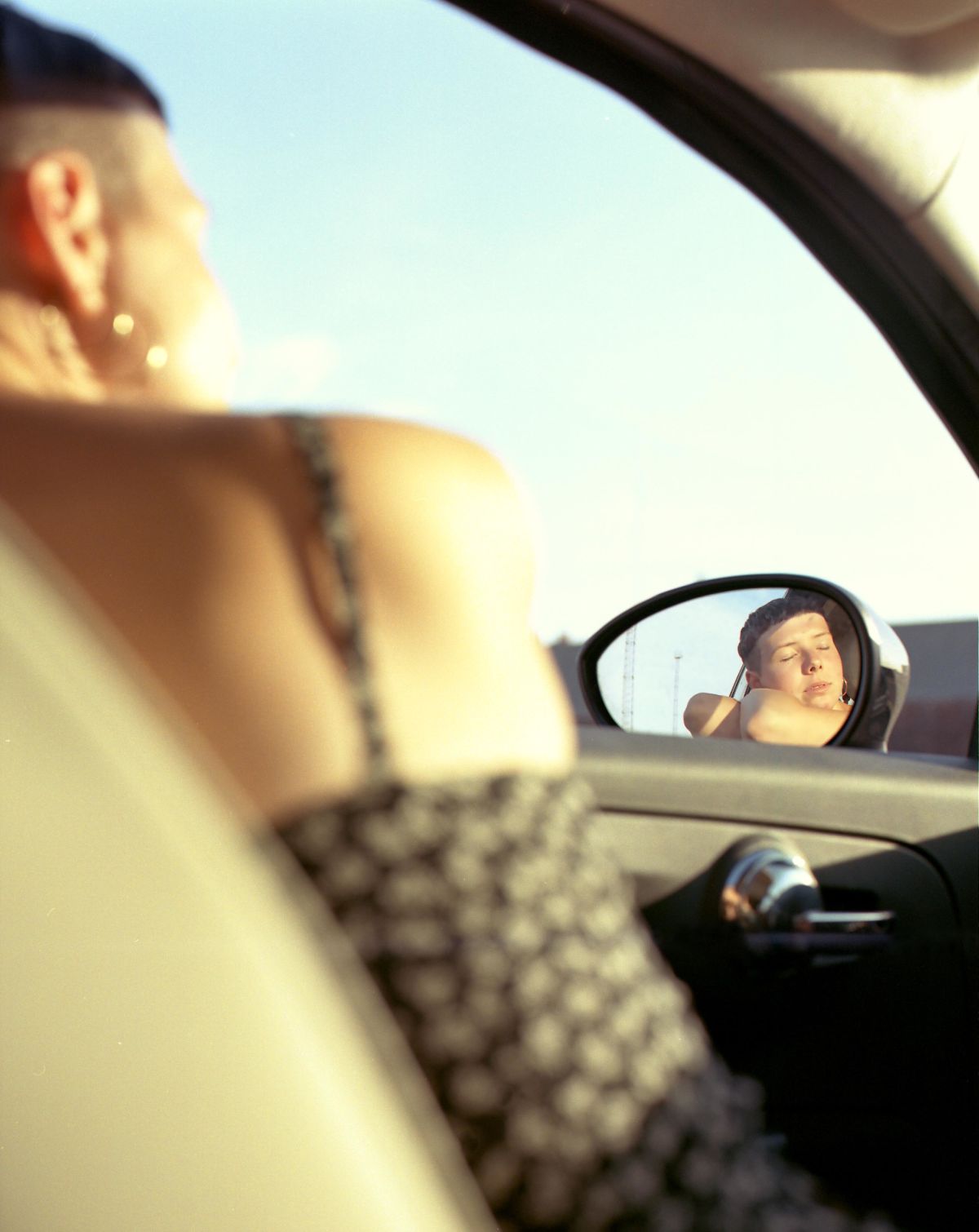 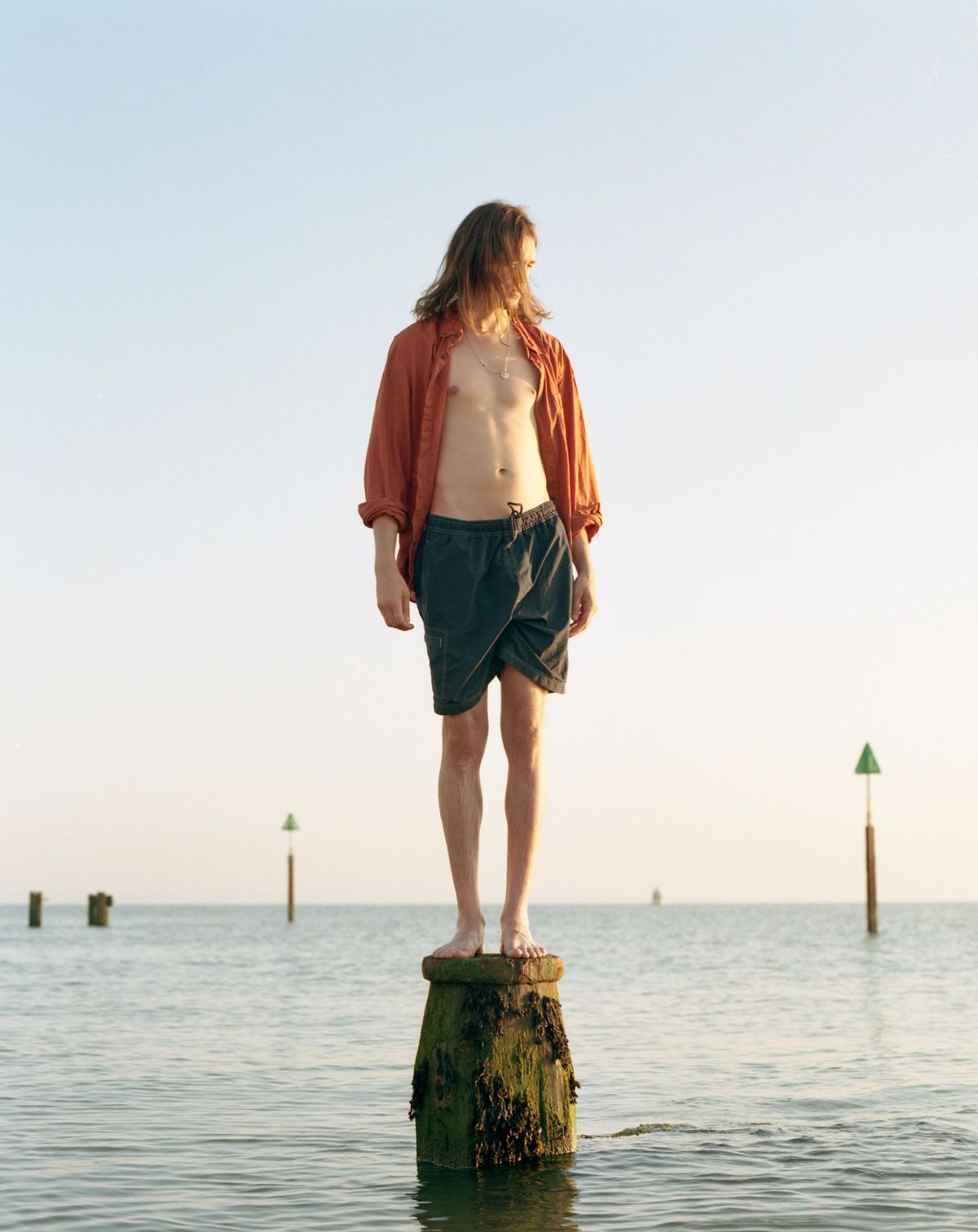 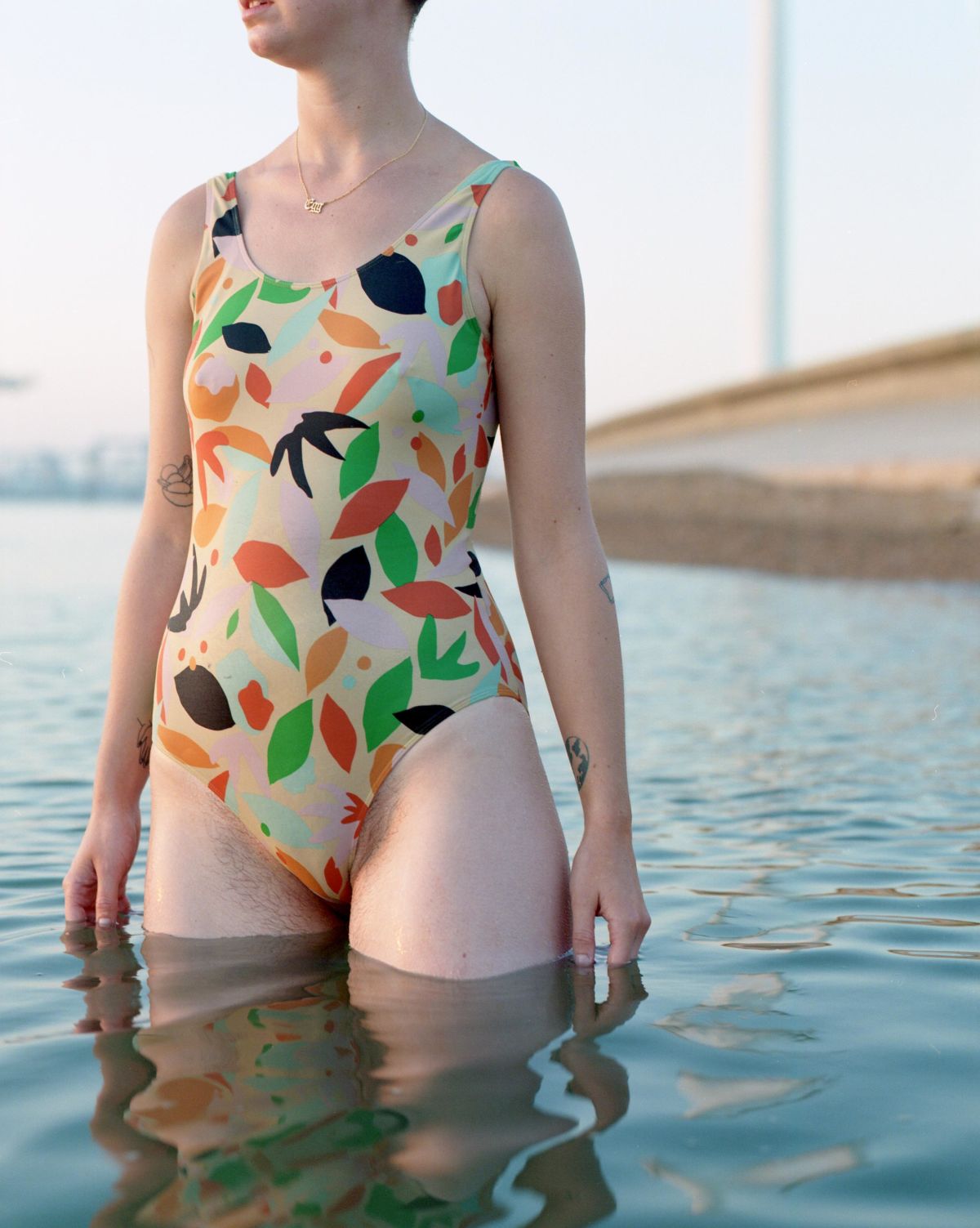 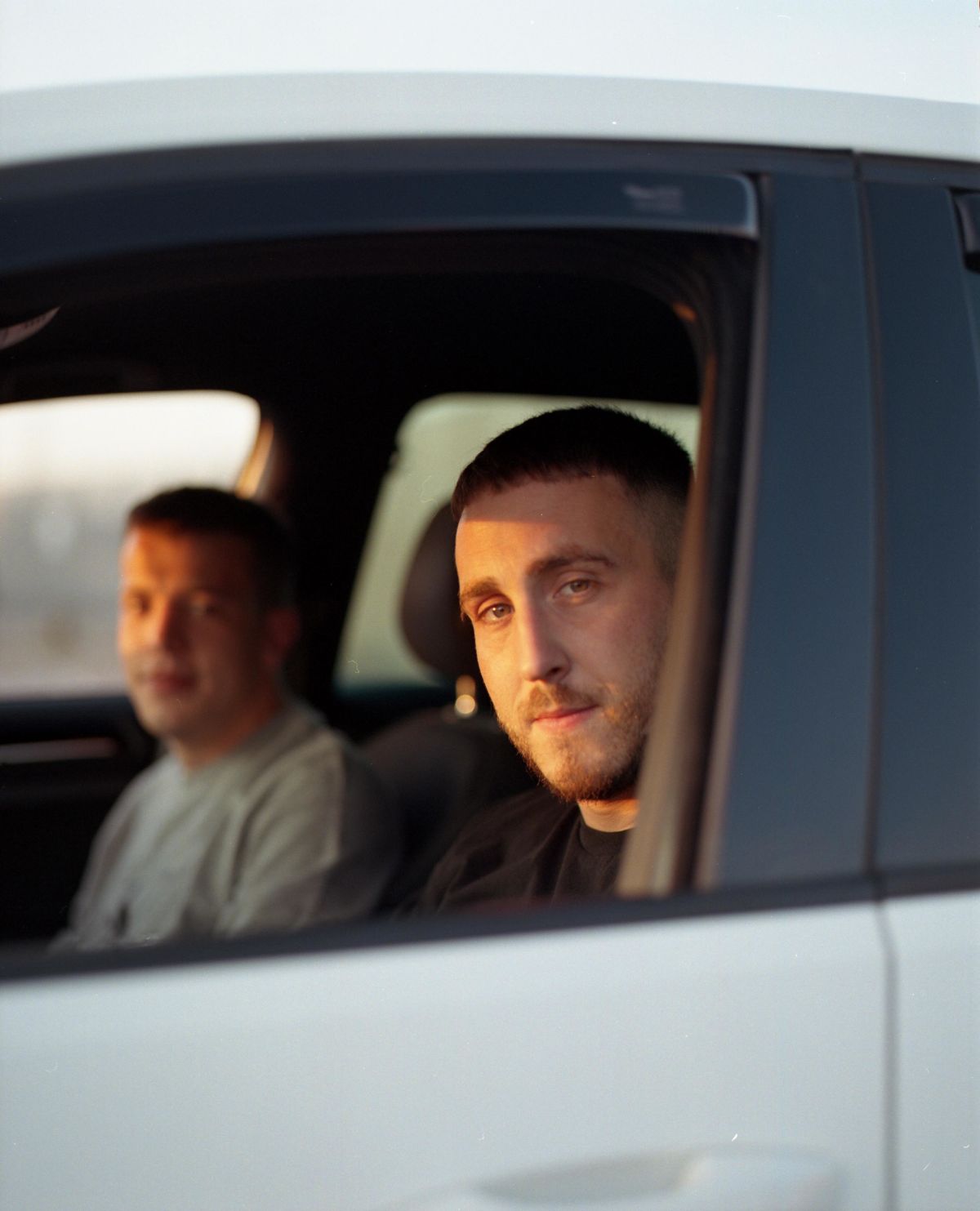 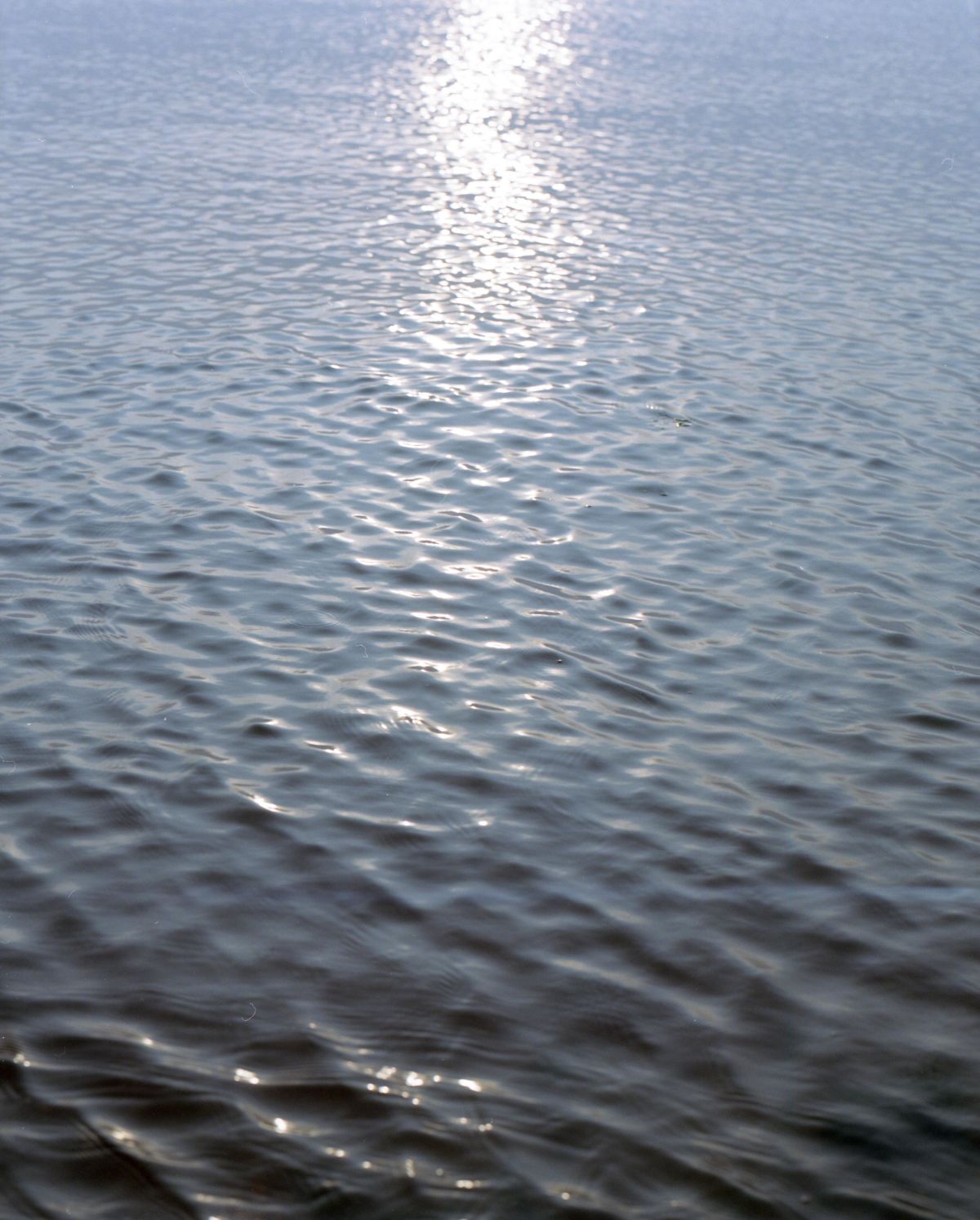 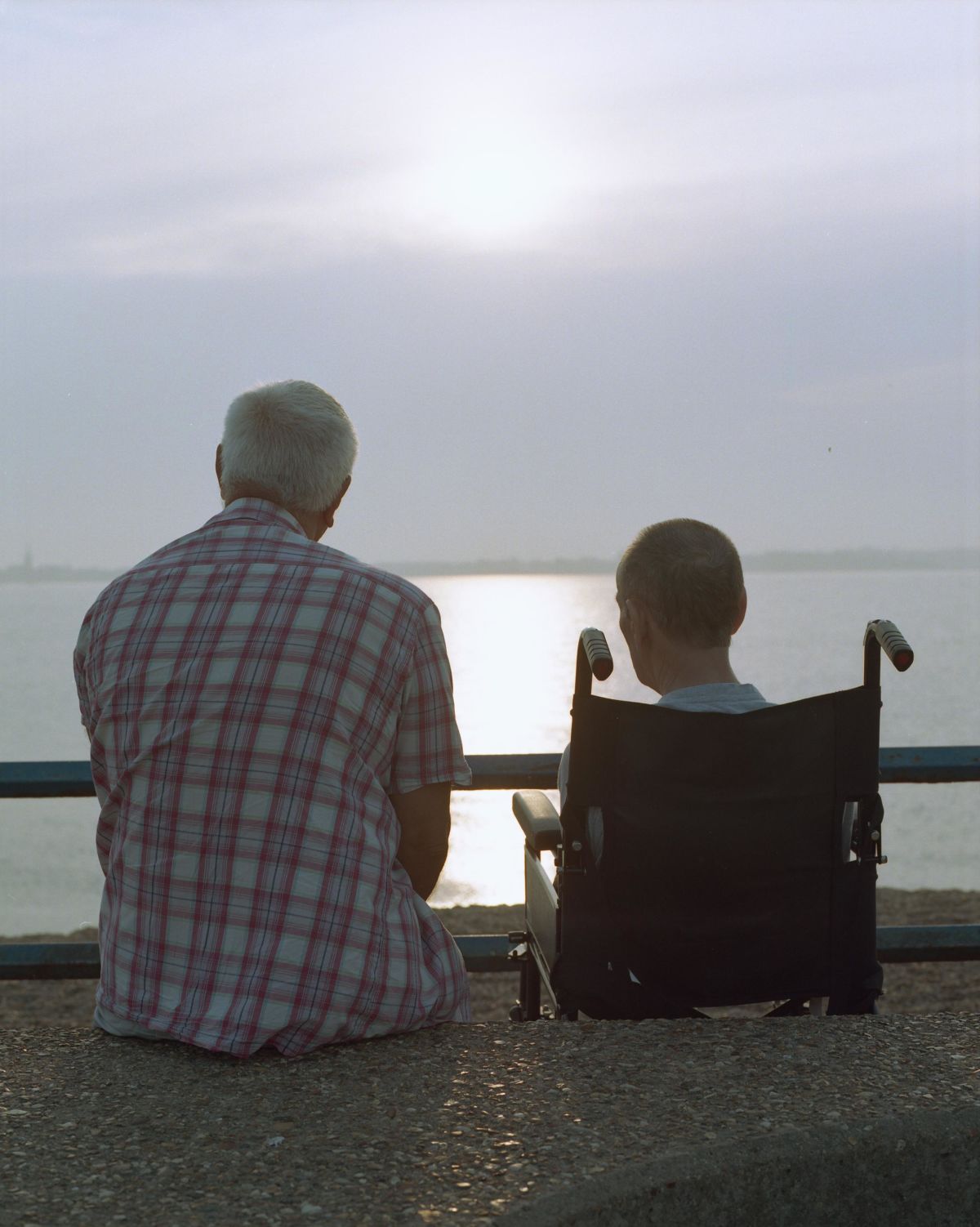 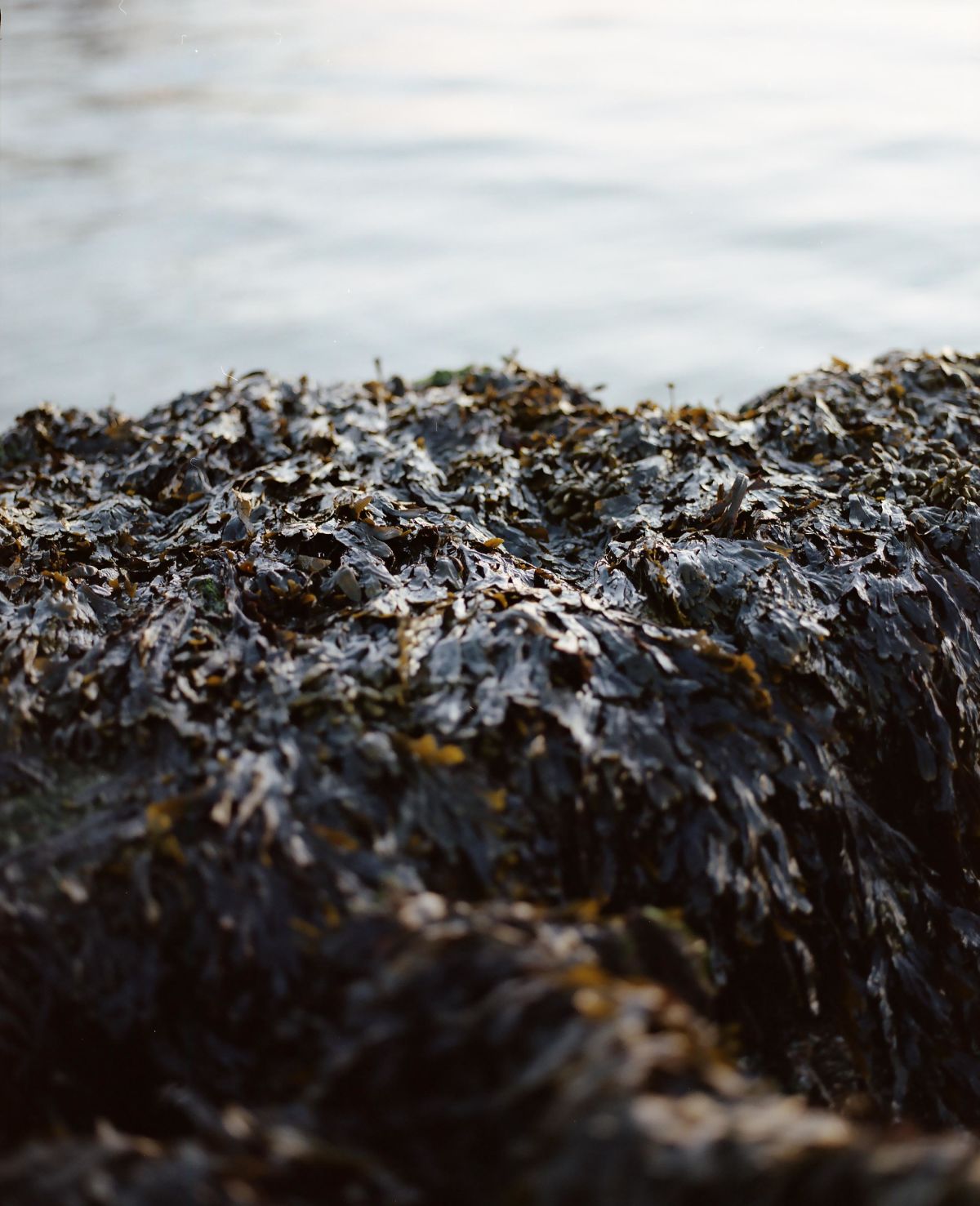 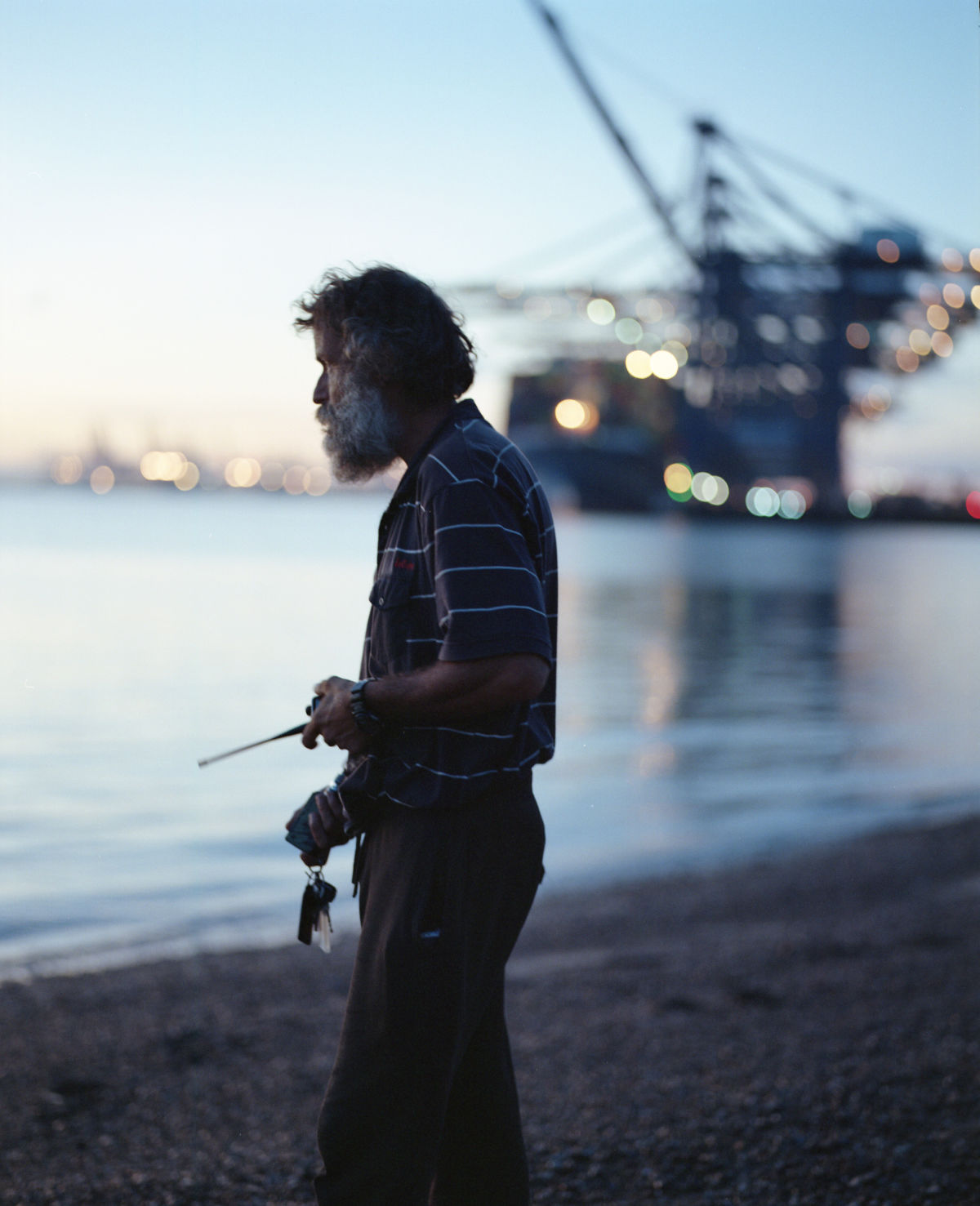 Through the Eyes ⏤ Ruth Baldry

"The project ‘Landguard’ is both a personal and inquisitive series. It allowed me the opportunity to explore other people’s reasons for why they frequent Languard as much as my own reasons."

I had been ruminating about the idea behind this project since the beginning of the summer when I moved to the coastal Suffolk town of Felixstowe. The themes of ‘balance’ and ‘nature’ couldn’t have aligned with this transitional period in my life more perfectly as I discovered a sense of peace in my new surroundings.

I’d been living and trying to work creatively in Bristol since graduating from UWE in 2017, but the city that had previously inspired me was beginning to stifle me. Moving back to Suffolk to be with my family allowed me to regain an equilibrium in my life that I’d previously felt was missing. I was warmly welcomed by the sun, sea and slower pace of life. Regardless of where in the world it is, a summer by the sea is undisputedly calming.

The project ‘Landguard’ is both a personal and inquisitive series. It allowed me the opportunity to explore other people’s reasons for why they frequent Languard as much as my own reasons. It is also a chance to document the unexpected sense of community there, and how such a place can bring people together. Since Landguard has been a place of calm for me on so many early evenings over summer, it felt appropriate for this time of day to be a constant theme throughout my work.

Landguard Point is an intriguing meeting of history, nature and industry. It’s home to a 16th-century sea defence fort, a nature reserve and one of the largest container shipping ports in Europe. At the heart of Landguard is the viewpoint, where people can park their cars to watch the ships loading and unloading at the docks. From here you can also get the best view of the sun setting in the evening. Growing up, my family would often park briefly at the viewpoint to marvel at the ships. It’s a regular pastime for many, and the more evenings I visited, the more curious I became about the people who would sit in their cars and watch the ships for hours.

Visitors generally stayed in their cars rather than walk down to the beach, so there would often be an obvious contrast between the empty beaches and the heaving car park. They would sit with their fish and chips as if they were having popcorn at the cinema, with the docks as the evening’s entertainment. For the ship spotters, it is the perfect place to track vessel movements around the world with their radios. My project enabled me to build relationships with the regulars of Landguard Point. I developed a sort of fascination with their fascination, and with things incomprehensibly larger than ourselves.

As I hadn’t lived in Suffolk for five years, I moved with the understanding that I wouldn’t know many people, which emphasised the need for me to be comfortable in my own company. Despite this, I’ve been fortunate enough to know a handful of creatives that moved home for similar reasons. These friends have encouraged me to continue my artistic endeavours and I wanted to include them in this body of work as a personal aspect of the series.

Writing this short essay feels more like marking the beginning of the project rather than its end. Now that autumn is nearing, I am excited to explore how both mine and others’ relationships with Landguard will change with the seasons.

A Q&A WITH RUTH 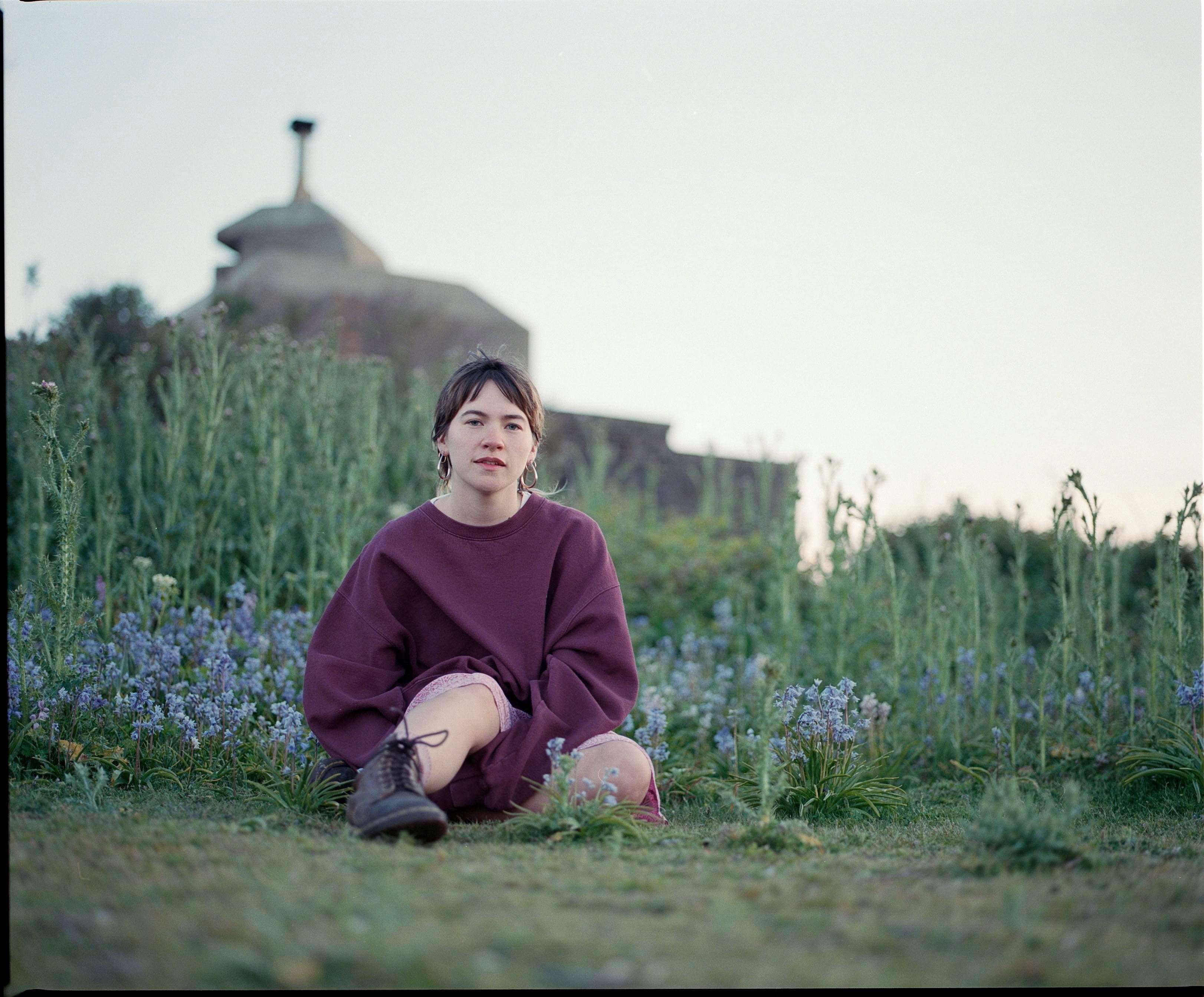 Can you tell us a little bit about yourself, and how and why did you get into photography?

Creativity has always been encouraged in my family, even from a young age. I think that it gave me a lot of freedom growing up knowing there were no boundaries or pressure to focus wholly on my academia. I was always quite an introspective child, whether that meant writing journals or taking photographs. And I think that has carried through into my work now. It has always been about the relationship between me, my thoughts and my environment, and how I respond to it.

Photography became the perfect tool to explore that relationship, especially during my introverted teenage years. Perhaps that’s why there’s a certain quietness in my work: I’m never trying to put myself into the work, but rather observe from the sidelines.

We asked you to visually explore Balance as a theme. How do you think nature plays a part in establishing balance in your life?

I have found that I’ve placed a lot more importance on nature’s role in my life since moving back to a coastal town. It can be incredibly hard to maintain consistency in life, and making sure you spend enough time in the great outdoors can sometimes fall to the sidelines as a result. It took me a bit of time to make my visits to the sea a habit but you soon come to realise how invaluable those moments are.

My work is almost always shot in the evening’s golden hour so the combination of being outside at my favourite time of day and creating work from it, is a recipe for a complete sense of balance.

The work you created is set in Landguard Point, an isolated place where you and others go to find peace of mind. How did you manage to visually express this peacefulness in your pictures?

There is a photographic series called ‘Preston Bus Station’ by Jamie Hawkesworth that I love. When I read interviews about the work a couple of years ago, Hawkesworth said that he would visit the bus station as much as possible, and would spend hours there. It was resolute in my mind that in order to capture the essence of a place, you have to treat it as your second home.

I would cycle to Landguard in the evenings and over time I would start to learn where the golden light fell best, and what time the sky would turn a pastel pink. I find the golden hour to be the most peaceful, so it made sense to photograph people at that time. There would often be lots of people around this time of day, either quietly watching the ships in their cars or down on the beach on picnic blankets. The atmosphere never felt loud or hectic, you could mostly hear the constant hum of the port.

The past projects The Invisible Circus and Tribodar focus on people who live alternative lifestyles. What fascinates you about communities of outsiders and what motivates you to spend time with them and document their day-to-day?

I think that it takes a lot of hard work to go against the grain, and I have a lot of respect for people that dedicate their lives to doing so. I find myself fascinated with people’s conscious (or not conscious) decision to live alternatively and what it is that motivates a person to do things differently from others.

A lot of us are trying to do things differently but I am particularly intrigued by the lifestyles that feel so far removed from my own. It is equally intriguing to learn about those that may have had less choice in living the way they do. Even in this current series, I met Robert who lives in his van at Landguard’s viewpoint. I found him to be particularly open and would I noted that I was gravitating towards him on my visits.

Right now I’m allowing this period at home to guide whatever new projects I start, much like it guided this project. Landguard feels more like an ongoing series, so I feel excited to see how the location will develop in the colder months, and how people will react to it differently once the weather becomes harsher.