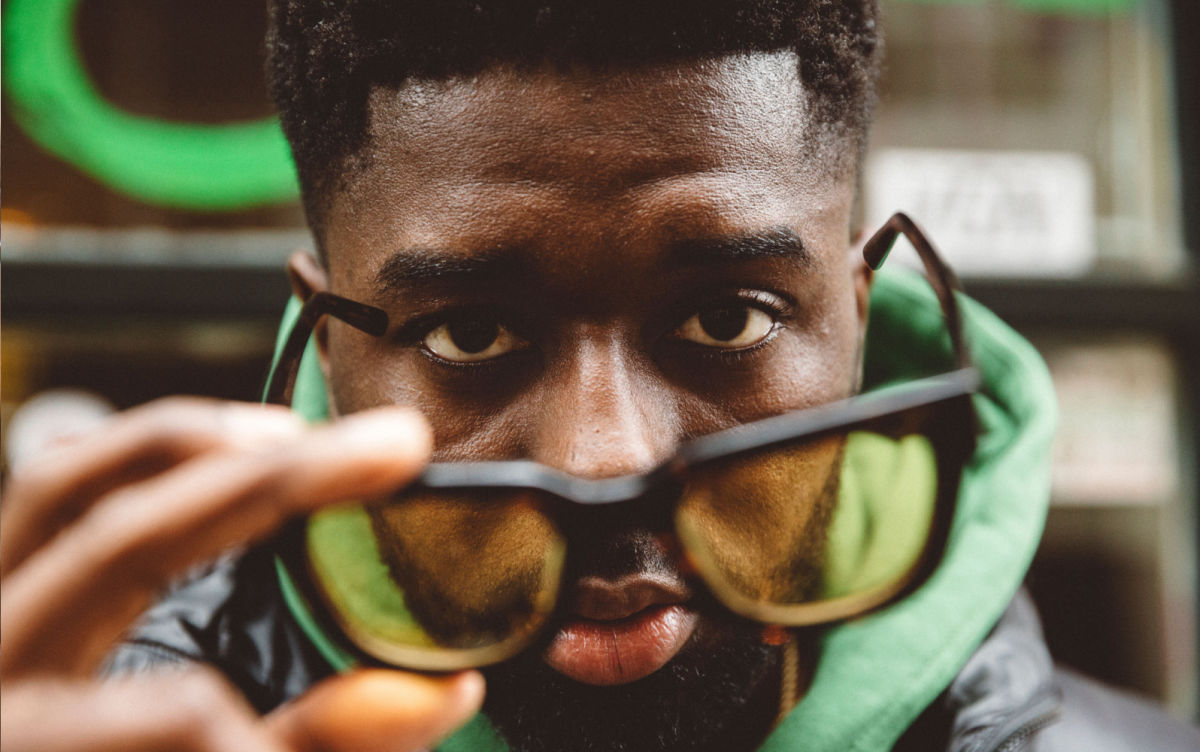 We live in a post-religious society, according to author, Chimamanda Ngozi Adichie. The feminist icon has lamented the West’s loss of faith and praised the sense of community that religion nurtures. Dutch Ghanaian musician, Yung Nnelg would probably agree with her. The musician (born Glenn Ascencion, which is a great name, btw), is on the road up, supported by his belief in a higher power and cheered on by his close-knit group of friends and fans.

Glenn grew up in Amsterdam and has been gaining a following for his genre-spanning beats, slickly-made music videos and friendships with local streetwear powerhouses such as Patta and Bonne Suits. 2020 will prove to be a momentous year for the musician, with the imminent release of his debut album, Balans.

Despite the fast-approaching storm of a new album and upcoming tour, Glenn is calm and prepared, confident but humble. He has curated his own universe, where he can express himself freely and therefore, doesn’t feel the need to worry. In conversation, his assurance is clear, he looks deep into the eyes of the person he’s talking with and he speaks with conviction. It’s easy to get carried away with him.

He admits, “I always follow my gut. I’m a feeling person” and perhaps his ability to convey his feelings in the music is exactly why so many people are tuning in. Meeting for the first time, we spoke with the musician about imagination, his faith and using his gift to inspire others. 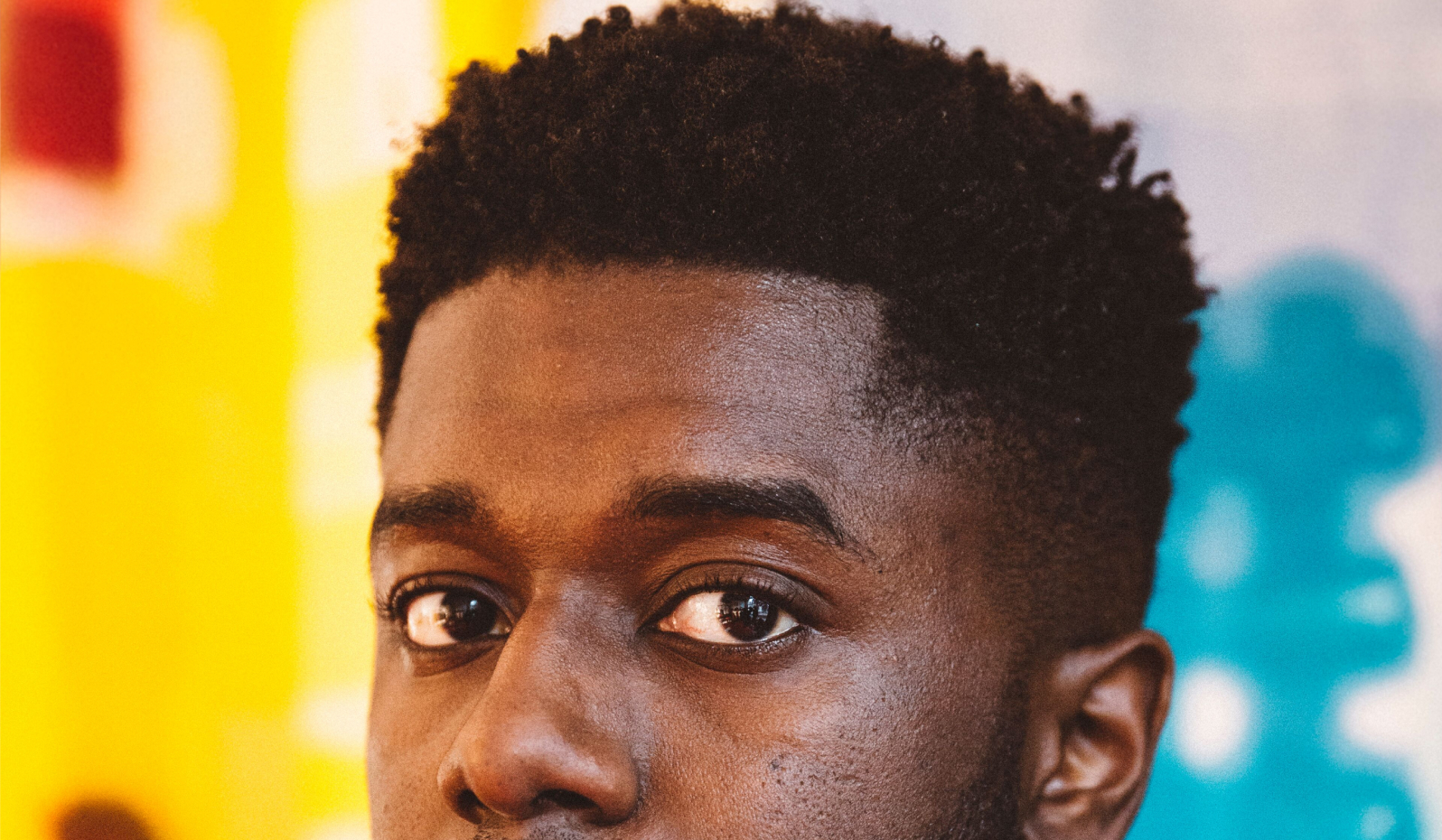 One thing is clear about Yung Nnelg: he doesn’t feel restricted by the label of ‘rapper’ — like artists Tyler, the Creator and Kanye West who have redefined the genre they work in. “I feel like there are no boundaries for me and how I express myself, especially in a society where people are always boxed in.” He wants to explore, finding inspiration everywhere, from painting, to books — he’s previously cited the Bible and The Alchemist by Paul Coelho among the most impactful books he’s ever read — “changed my life.”

Despite his range of interests, Glenn admits that music is what came most naturally to him. “I noticed I have this gift in the way I can create a feeling in music... it's something I don't have control over.” Growing up in a tight Ghanaian community in Amsterdam — with weekly visits to church — helped him develop a musical ear. “It's dope to stay in touch with that culture, because I get a lot of conscious and subconscious inspiration from it.”

Part of that subconscious inspiration may be Glenn’s need to build a sense of togetherness. He proudly wears a silver Smib ring on his left hand, representing the group of people he grew up and experimented creatively with. They know each other so well, they aren’t afraid to be brutally honest and advise each other against bad decisions — “that's what I think friends and brothers are for.”

The Smib boys use their open approach to grow as one, rather than compete against each other. “I've learnt that the moment you try to dictate the situation too much, you get so much struggle.” In his solo music, as well as part of his collective, or label Zes Nullen (Six Zeroes), Glenn aims to operate without restriction — “by creating a free space for each other, we polish off the rough diamond we’ve created through the pressure of both entities.” This approach also encourages others to do their best too, in the company of a collaborative, friendly group. 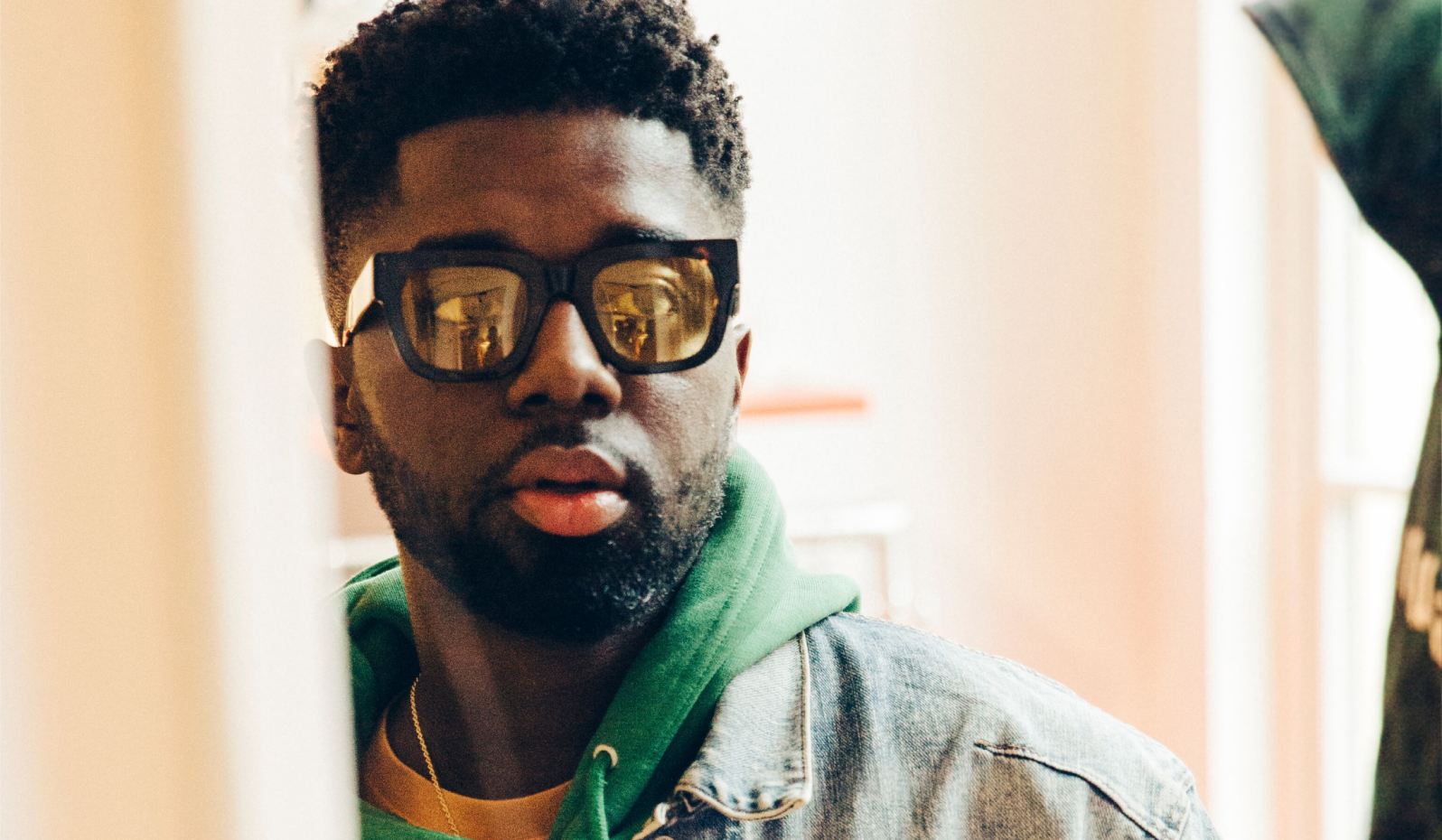 Glenn credits his parents for his ability to have fun experimenting on a song called Superhelden (superheroes) from his new album. A line from the track states, “Het was je vertrouwen, het was de liefde / Die no matter, geen vorm aan nam / Stille ocean, die liet weten dat ik alles gewoon aan kan.” That translates roughly to ‘It was your trust, it was love / That no matter, took no form / Pacific Ocean, who showed me I could handle anything.’

Growing up in the Bijlmer area of Amsterdam wasn’t always easy, but his parents made sure he knew his worth. “You know, people back in the day had this negative point of view of Africans and I was like, ‘yeah, cool but back in Ghana you can't tell me nothing’. My parents really created that space of confidence and safety for me.”

Spending a lot of time in the church as a kid not only nurtured his beliefs, but also stopped him worrying about bumps in the road. “I'm very spiritually oriented, so when something happens, I pray and even if I don't get an answer directly, at the end of the road, I get this understanding of why it had to happen.” Knowing that there’s a reason behind everything makes it easier to visualise the bigger picture, too.

Along the way, Glenn makes sure he doesn’t take his skills for granted — another aspect of being spiritual. “A lot of people would call it talent, but when you get a gift you really value it. If you [call it talent], you might neglect it.” The balance between his absolute confidence and sober realism means he stands out in an industry that can have a tendency to focus only on #winning. 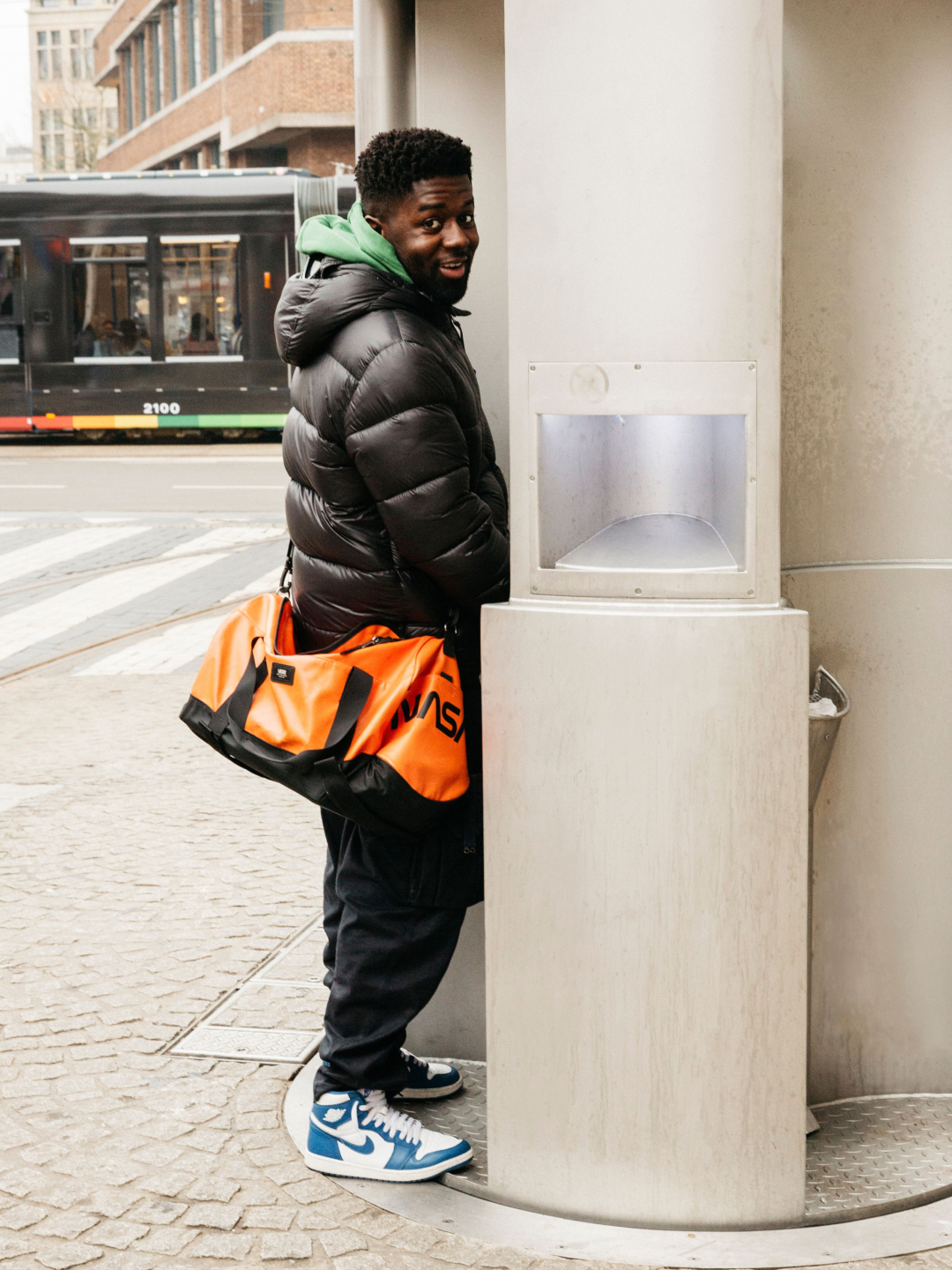 Taking advantage of his gift, Glenn’s goals are bigger than most. With his debut, the young musician wants to create “the most impactful album ever made in Holland,” but he doesn’t measure success in numbers. “If one person comes up to me and is like, ‘yo, my life has changed after this album’, then it was impactful. I'm satisfied with that… An impactful album is broad and big, but it’s something that in 10 years I might still feel. It’s a goal that lives on itself, it won’t die.” Glenn wants to create something more affecting than just music — he wants to make people feel part of something.

Building an “ongoing force of creation”, as the musician puts it, is as simple as being aware that sometimes, all you need is the drive to do something. “It's not like I've been working with huge budgets. It’s more about the belief in an impossible thing and making sure that everyone who's involved feels that fire.” He speaks with such certainty that it’s easy to see how he could inspire a lot of kids.

Generation-changing albums aside, Glenn’s not planning to sit around and wait for things to happen to him. When he’s got some spare time, he wants to finish the Murakami book he’s a third of the way through, block out some time to visit Ghana and open a restaurant in Amsterdam. It’s going to be “a Ghanaian restaurant, because we don’t have that in Holland. I already have a name, a design, the whole interior as well, I have everything.” No slowing down anytime soon, then.

The ambition never stops and as in all his work, Glenn’s focus is to create a space for people like him, or people who want to be like him. Whatever happens when the storm arrives, he’s going to follow his gut; “if the compass in my body tells me that's the way, then that's the way.”