The true heart of Benny Sings 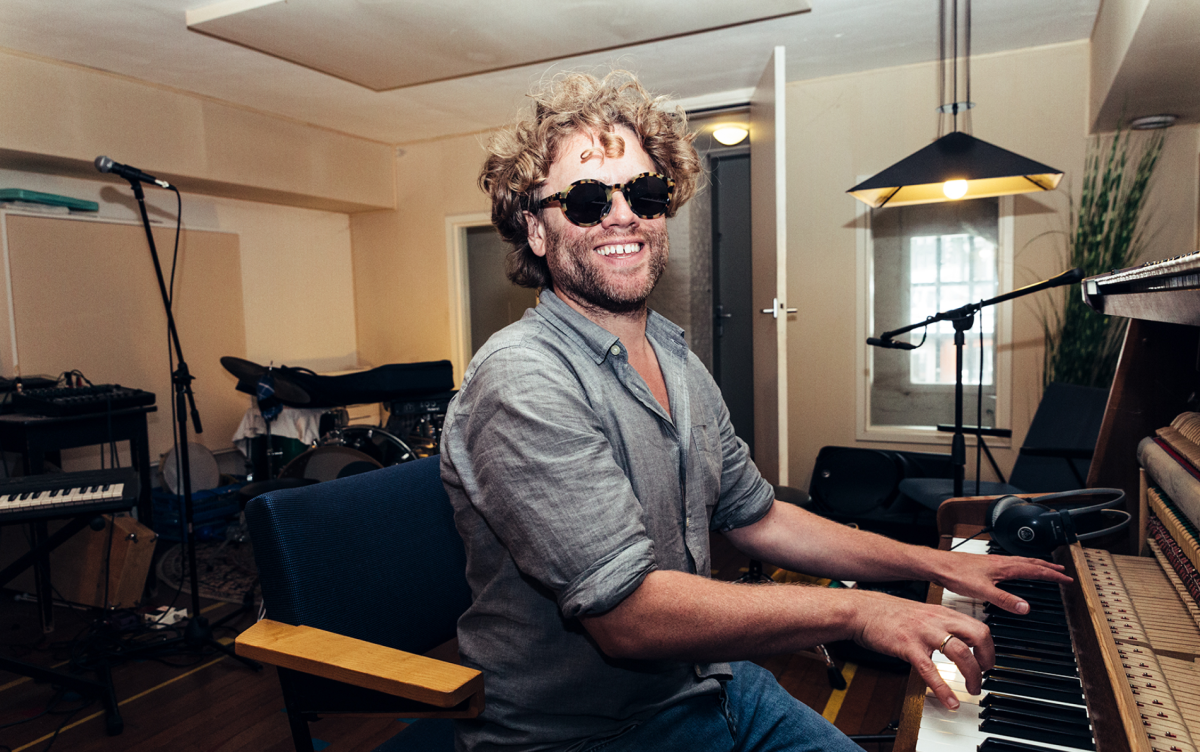 The Amsterdam-based singer and songwriter opens up about love, lightness and everything in between.

Benny Sings breathes a breath of fresh air into pop music, a lightness of touch creating an exquisite lightness of content. While the singer-songwriter has a great fan base in Japan—a following he describes as “a bit bigger there than in other places in the world”—and counts Frank Ocean among his regular listeners, you couldn’t hope to meet a more humble musician.

Think an original, well-written song about love is a thing of the past? Benny Sings will prove you wrong. Sitting in his beautiful studio in the heart of Amsterdam, we discuss the artist’s career, his achievements so far and his never-dying respect for the power of love.

Writing his first song in English when he was just 10 years old, “with a tape recorder and no instrumentation”, Benny Sings—the artist born as Tim van Berkestijn—began his journey down the songwriting path at a very young age. And while his songs ever since sound like the 70s or 80s classics, his style actually developed as a stand against the grunge surrounding him during his youth: “We were skaters and were into the sunshine life, you know, so our way of rebelling was to start a band called The Loveboat.”

From his debut album, Champagne People (2003), to his latest releases, this theme—love and the many layers and levels from which it is built—is ever-present, interwoven into his lyrics and foundations as an artist. “I think I’ve always been very obsessed with love,” he begins, musing in a soft Dutch accent. “I think society as a whole is, too. It’s like a religion to find that true one. It’s just what our belief is—and I don’t think it’s all true—but it feels like believing in God while knowing God doesn’t exist. I just can’t help but feel it.” Staring off into the corner of his dimly lit studio, he continues: “No, I don’t believe in God but I do believe in love. And while I do know reality is so much more complicated and so much less romantic, I still love love and I’m always busy with it.”

While Benny Sings acknowledges the negative aspects of love as much as the positive, its omnipresence guides every line of his music and the spaces in-between. Emphasising this, he ponders: “It fucks us all up but we’re still addicted… Dealing with that every day, it logically comes into your songs and it just works.” It is this perspective that provides Benny Sings’ music with its characteristic duality: maintaining his signature lightness while having a depth of content that drives his songs into songwriting’s halls of fame.

The weight of lightness

As it turns out, this lightness runs a lot deeper within the artist. Understanding the way in which people use music to trigger and explore various emotions, he highlights:

“You know, if you want to cry, you put on a sad track. It’s good for us and emotions to go all over. Music just gives you a certain moment in a certain time to give you that emotion. What I need in music is to give me some light, to touch me and move me to tears. It’s hard for me to be moved to tears by sad music in some way. So also in movies and TV programmes, when people say nice stuff to each other—that’s what gets me. People cry at bad endings and sad moments, I don’t.”

Next to these thoughts defining his career and style so far, originally there were also dreams for his band to make music that would be accepted and played on highbrow and lowbrow channels. “You know, maybe that’s a bit arrogant, but it’s just what I was trying to do”, he meditates on the subject. “I was never trying to be anti-establishment at all, I just wanted to write good songs! I love people and love the world—and I just want to make the universe all soft.” 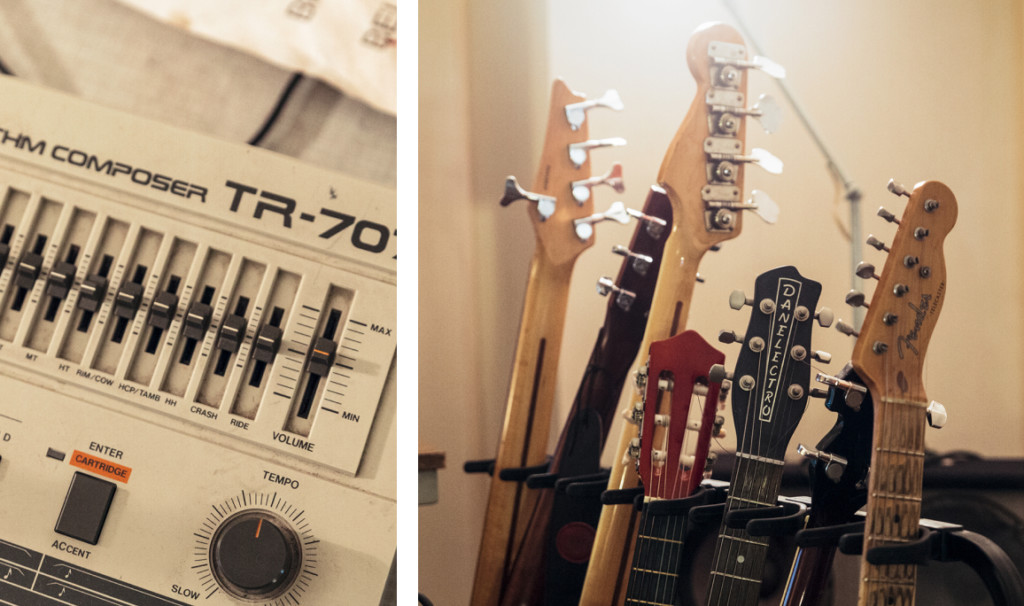 On collaboration and working solo

From Mayer Hawthorne to Faberyayo to GoldLink, Benny Sings has often joined forces with other singer-songwriters. Most recently, his collab with rising talent Rex Orange County on the catchy "Loving is Easy" reached nearly 3.5 million views in one week. With the artist mostly working solo on the creation of his albums, recording and producing in his personal studio, how is the experience of working alongside a fellow singer-songwriter? “When you work with someone, you tend to take it a little bit easier because you do your tricks and don’t really think as much. But when you’re alone you constantly try to make the perfect thing. So that’s good for me.”

Indeed, his collabs not only demonstrate an acute ability to mould into various styles but also his consistency in songwriting. So, what would his dream collaboration entail? Heavily influenced by and brought up on a diet of Michael Jackson, one might expect the King of Pop to play into his answer. However, he answers thoughtfully: “I’ve always wanted to work with Pharrell, you know? He’s always been my number one. I guess not lately—but he’s still a legend. So yeah, that would be awesome”, he concludes with a chuckle.

Both through his solo work and collabs, Benny Sings has moved from strength to strength. Pondering his greatest achievement to date, he yet couldn’t sound more humble. Having won prestigious awards, touring globally, and providing the soundtracks to commercials and TV shows such as Easy, the artist would have a host of reasons not to be. However, he appears truly honoured to have his work received as it has been over the past 15 years. “I think the greatest achievement is just being known worldwide and having a solid fan base—and it’s just the right amount, I wouldn’t even call it fame. Just to be known for something,” he continues. “Yeah, I’m really proud that I have a following of people that are nice and who stick with it. It just keeps growing and it never hits big time. It’s just for the chosen few.” 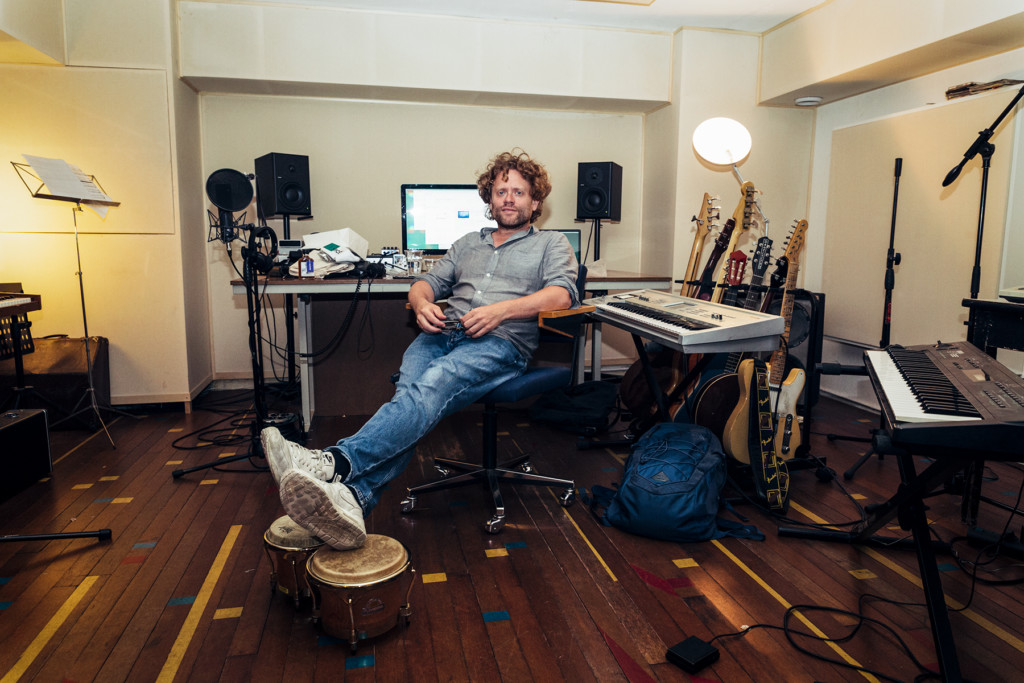 Pop for the city

While Amsterdam isn’t the most “social city” according to Benny Sings, it offers him exactly what he needs: “For me, what it does have is the atmosphere of the architecture and I think that’s inspiring—just the beauty of the city, you know?” With his studio along the canals in one of the most typically ‘Amsterdam’ spots, this suits the musician down to the ground. “Amsterdam has this remote romanticism about summers where intellectuals are experimenting and doing fun stuff, you know? You take on that vibe. And yeah, I feel like I’m living that dream life that I wanted when I was in my band, The Loveboat.”

Despite this, Amsterdam is by no means the perfect nurturing habitat for a singer-songwriter. At times anti-social and hard to break under the surface of, has this affected Benny Sings’ experience as a working musician? While meaning that he performs mainly outside of the city and outside of the country, it appears that this does not affect him at all: “I love that it’s not social because I’m not social either. I love the anonymity of it.”

So, what does the future hold for Benny Sings? With a new album set for release imminently, what can we expect? “Well, the songwriting is just so much more involved and deeper, and I’m more aware and skilful in making the music that I want to make. And again, of course, love…” he smiles. “ For the other albums I made, there was always this big idea like ‘I want to explore these kinds of techniques’ or ‘I want to make the ultimate record in this kind of fashion’, but for this record I didn’t have any other ideas than to just evolve because I didn’t plan on writing an album. I was writing for other people and I was busy having kids. My life was one big roller coaster. Every now and then I’d find some lick on the piano and I’d keep it. Then I’d write some lyrics with it, and all of a sudden there was this album.”

Looking into his past and future, Benny Sings emphasises the extent to which he is more than happy with the organic, natural progression his career has taken so far. “I’m really happy with this steady slope, you know? I’m just trying to grow. When I’m 60, I’d like this studio to be twice as big and maybe my audience to be twice as big, so I can do one more tour a year or so... I really hope it stays steady.”

We, for one, can’t wait to hear all that’s to come from this class songwriter and see the world get a little softer. 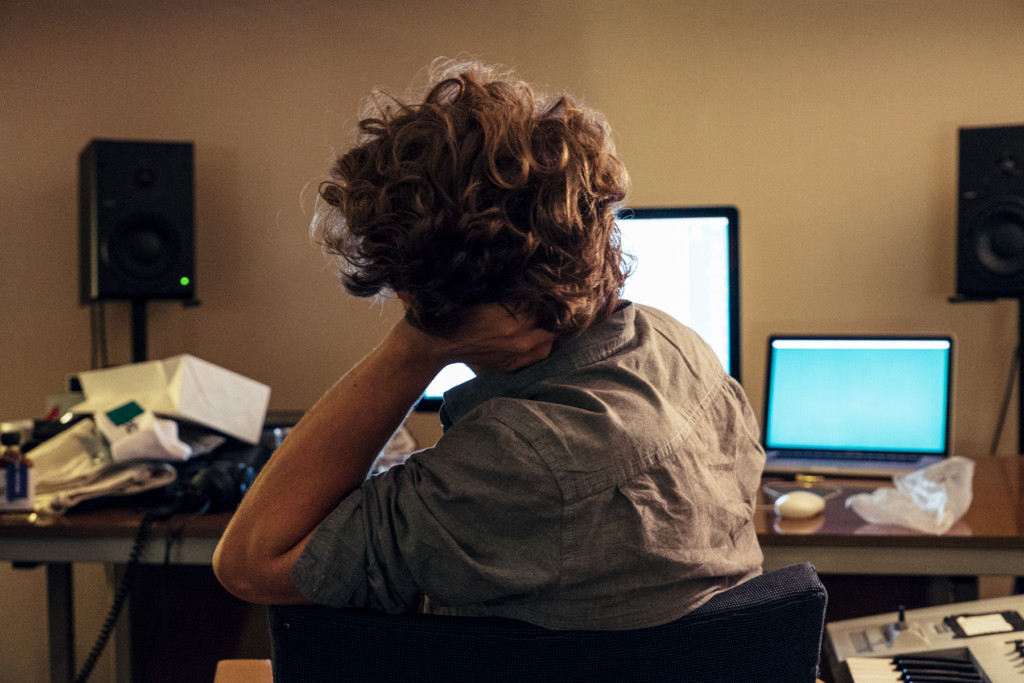