Lena Willikens thrives outside of her comfort zone 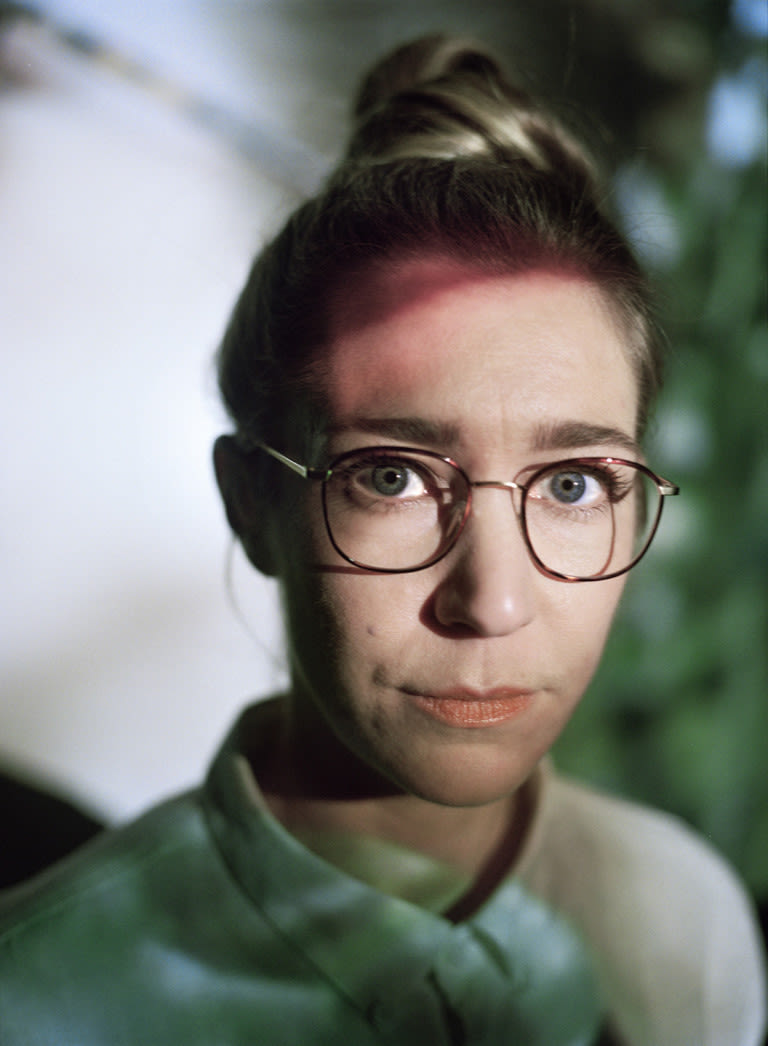 Lena Willikens is a shape-shifter. With the dance music industry driving ceaselessly towards the same – selectors who blend into seamless lineups, tracks that barely need to be mixed – she stands out as a bastion of all things unpredictable. Whether pushing dance music to its dizziest reaches in nightclubs, or luxuriating in the stranger corners of her record collection during radio shows, she is the amateur, the outsider, the art student who discovered playing records was the best way to melt the walls.

On a clear blue day in Amsterdam, a cool wind skips over the Amstel sending shivers under jackets. Willikens lights another cigarette and starts explaining how hard it is to find a decent apartment in the city. She’s moving here – or at least trying to. Her current rental ends before the summer and her entire record collection is currently in storage. It’s a moment of characteristic impermanence for a DJ who has been one of the circuit's busiest in recent years.

The reason for Amsterdam is simple. Most of her friends live in three cities: Düsseldorf and Cologne (which she counts as one), Amsterdam and Berlin. She worries a move to Berlin would involve too many parties, plus she’s already spent two years living there as an art student. “I don’t like to go back to places where I’ve already been.”

Born in Stuttgart, a place she remembers largely for being “grey”, Willikens left her hometown for the Kunstakademie Düsseldorf, Germany’s leading fine art academy, where she initially enrolled to study sculpture. She started playing records, only occasionally when with friends or if her art school were putting on an event and needed a DJ. That is until she found herself drawn to a small bar, tucked away underneath the Kunsthalle Düsseldorf, a contemporary art gallery. It was here, along with other Düsseldorf heavyweights like Vladimir Ivkovic and Detlef Weinrich that she helped turn the bar into the Salon Des Amateurs – now the most important alternative music venue in the city, and the location of her first ever DJ set.

Initially Willikens worked as the club’s bouncer and door-picker, as part of an all woman security team. She graduated to working behind the bar, and before long was playing records in between pouring drinks, which ultimately became a fully-fledged residency. The unique virtues of the Salon played an undeniable role in shaping what Willikens values in a clubbing experience. “It wasn’t a place which was defined as a nightclub,” she explains. “People didn’t really know what it was. When they came there might be an exhibition, a lecture, a reading, then it’s a nightclub and people are dancing. Unexpected things always happened.”

The name of the club itself also played a huge role in shaping her ethos as a selector. An amateur, while perhaps a word we’d too often use scathingly, is someone who does what they do for love, not money. It’s something that still rings true for Willikens. “I really try to stick to being an amateur,” she adds. “Not repeating myself too much, not going the safe way. To challenge myself even though I risk failing.”

The relationships she formed at Salon Des Amateurs remain as important to her today. Her DJ partnership with Vladimir Ivkovic, another of the club’s first residents, is a new chapter in a friendship that stretches back 15 years. Following a successful night playing a duo at Amsterdam’s De School, they have begun playing semi-regularly as a pairing dubbed Willikens & Ivkovic. Together they spread their record collection over five or six hour sets, starting with slower oddities and often rising to frenetic speeds come the set’s climax. As she sees it, it’s a journey they can only achieve through their trust in each-other, and each-other’s record collection. Just don’t call it a back-to-back. “That makes it sound like a competition,” she argues. “That’s the opposite of what we do. We have a conversation, between friends.”

Collaboration sits at the very heart of Willikens' success. She exists within an ecosystem of friends and artists, spread across cities but universal in their curiosity. Her most recent major project has been an audio-visual performance, conceived largely in Kyoto as part of a Goethe Institut residency alongside Cologne-based artist Sarah Szczesny, who she first came to as the visual arm of Cómeme Records – the label Willikens released her ‘Phantom Delia’ EP on in 2015.

The resulting work, titled Phantom Kino Ballet, is a disorienting whirl of the pair’s influences. Described as an “audiovisual drama”, the piece combines mixed music with live performance, alongside a video collating spoken word and snippets of films. “As a project it has morphed with every performance,” she explains. “The first time it had minimal performance but concentrated on effects like fog, strobe lights. Now the performing part is much stronger, we have costumes and move through the audience playing field recordings and screams on these moveable speakers, like megaphones.”

“Yet it’s always a miracle, most of the time when you start playing, even though you are so tired, your body hurts, you feel like shit, as soon as you start playing, you don’t feel any of that anymore.” Willikens lights another cigarette. “You’re just there.”

She adds that people have regularly been forced to wear sunglasses during performances due to its intensity, and that epilepsy sufferers have had to leave entirely – a detail she notes with more than a modicum of pride. So, would it be fair to say she likes making people feel uncomfortable? Willikens cracks a dark laugh across the table. “Yes, I think I do. It’s the same with my DJ sets. I don’t want to tell people “here is your time to feel good”. I’m not so much into escapism.”

The fringes of society produce the best art

Above all she describes the Phantom Kino Ballet as a work of collagism. As with her DJ sets, it’s an opportunity to bring together figures and sounds that excite and provoke her – from the words of David Bowie to the filmography of transgender Puerto-Rican actor Holly Woodlawn. “All the people, artists, we quote, they are outsiders,” Willikens concludes. “They suffered a lot but they are characters who freed people from social conventions. It’s about creating an identity, which doesn’t play by the rules your society wants you to.”

Providing a space for the outsiders beneath a blanket of fog is the ultimate dancefloor ideal, and it’s one Willikens stands by. “It should be a safe place,” she insists, “to live identities you might not be able to live outside of that space.” The reality, as ever, is much harsher. “I’m quite lucky with the places I play, but I would fully feel this is the case in maybe 30 percent of venues? But I still think I’m really lucky with the gigs I get.”

As a champion of the alternative, and an increasingly high-profile woman DJ in a era of change, it would be easy to politicise Willikens, possibly against will. She noticed the conversation around gender balances on lineups spike in intensity, yet is keen that the focus remains making meaningful changes. “On the one hand I really appreciate that female artists who deserved attention for many years now are finally getting it,” she explains. “On the other hand I’m worried it’s a hype. There have been a couple of times, when I’ve felt the lineup was only about political correctness and not music. Promoters would promote the party as female only, which I was never comfortable with.”

As with so much of her outlook, it’s a discomfort with roots in her formative days at the Salon Des Amateurs. “That was a safe space,” she continues. “In the beginning everyone was involved in everything. The club owner never felt like the boss, so we could organise something spontaneously, with all these different ideas of what to do with space.”

When the music takes over you

Our conversation takes a winding route through North Amsterdam, past the city’s glacial EYE Museum, and towards the Garage Noord – the latest venue in Willikens newfound home. We conclude by talking about her soon-to-be-released Dekmantel selectors compilation, a double-vinyl release drawn largely from the music that has characterised her live sets across the past few years. Having just returned from playing Colombia, tomorrow she flies to Reykjavik for the first time, before travelling to Leeds.

Releasing mastered editions of her selections on vinyl and managing cross-continental bookings every week, does she really still feel like an amateur? “Okay, sometimes I have to function,” she concedes. “Let’s say I play Friday night, don’t sleep, jump into the plane have a festival straight after, then play the after party on the same day. Three gigs, no sleep, at some point you end up feeling like a professional.”