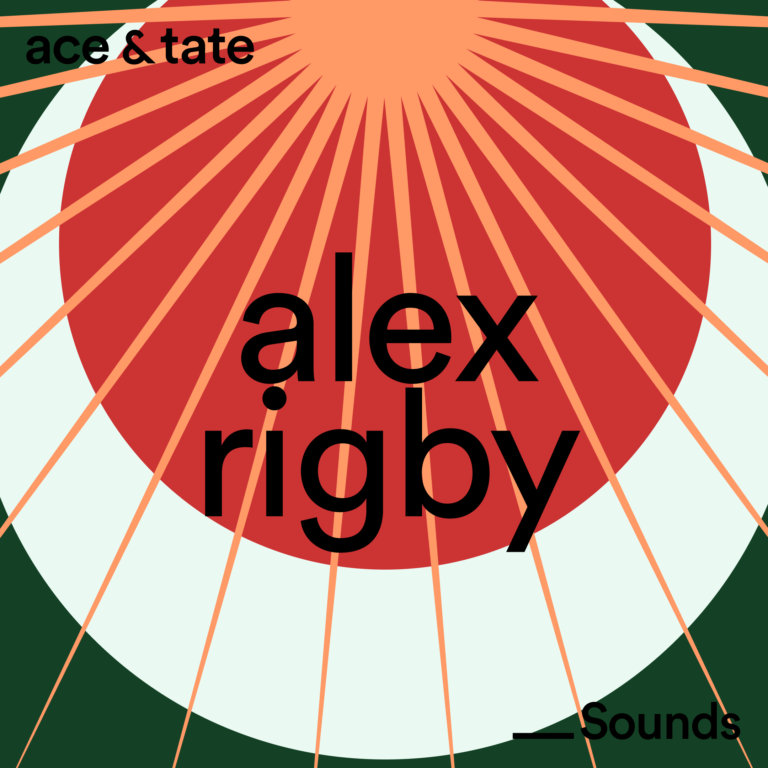 This week’s podcast comes from Ace & Tate’s own in-house writer Alex Rigby. Not since DJ Dreamboat have we had a mix from one of our own, but here we go again!

Wonky trance, and a heap of heavy, hypnotic slow-burners. These selections are all topped off with a finale of speedy minimal-synth and wave records that you can dance to. Check it!

Hi Alex, you just made the first 2019 guest mix for Ace & Tate Sounds. Did the new year influence what you recorded at all?

There are some fresher sounding tracks in there, I guess. And it’s a bit cold in places, like January. So I’m going to say: yes.

You've got a monthly show on Operator Radio in Rotterdam together with your flatmate Mick. How did that start out, and how did it progress over time?

Mick (Mickenik) and I have always had a similar-ish music taste, and we knew when we moved in together at the start of last year that we’d end up sharing a lot of tracks. One night Robin (Mata Hari / Pyruvic Acid) was at our place and we were playing together. She liked what she heard and she asked if we wanted to do a show. Since then we’ve done it monthly and it’s always a lot of fun.

You're a writer for Ace & Tate Sounds, as well as Calypso magazine, De School and Strange Sounds From Beyond. What do you like about music writing?

I started writing about music when I was 15 or so by doing cringey reviews of albums for my high school magazine (the first album I ever reviewed was Brand New - The Devil and God Are Raging Inside Me). I don’t know why exactly, I’ve just always really enjoyed writing about music. I think that when something’s super good (or bad) I just want to try and put it in words to make sense of it.

What do you think of the current state of the Dutch/Amsterdam music scene?

I think it’s really special. It goes so deep and there’s an insane passion from all of these different corners of it. I feel like that, in general, the amount of music knowledge that regular party-goers have here is vast. People are always willing to be experimental and I love how these little groups of certain sounds, styles and their parties interact with each other.

Any artists you think we need to keep an eye on this year?

Keep an eye on EYE! She owns a French label called Waving Hands Records and makes the most beautiful minimal-synth tracks that are really quite otherworldly. There are two tracks from her in this mix, and I feel like there’s loads more of exciting stuff to come.

I also really like some of the trancier techno coming out of Denmark right now. I think Courtesy will keep rising, as well as some of the newer labels there like Pegan Fears.

In Amsterdam, never underestimate the Knekelhuis label. It’s getting better and better and no doubt there’s loads in store.

If your mix was a pair of Ace & Tate frames, which one would it be?

The irony is that I work for Ace & Tate but don’t need glasses. I’m just going to name my current sunglasses: the Ashley Williams Hell Raiser. Also, I think that ultimately every mix should aspire to raise at least a little bit of hell.