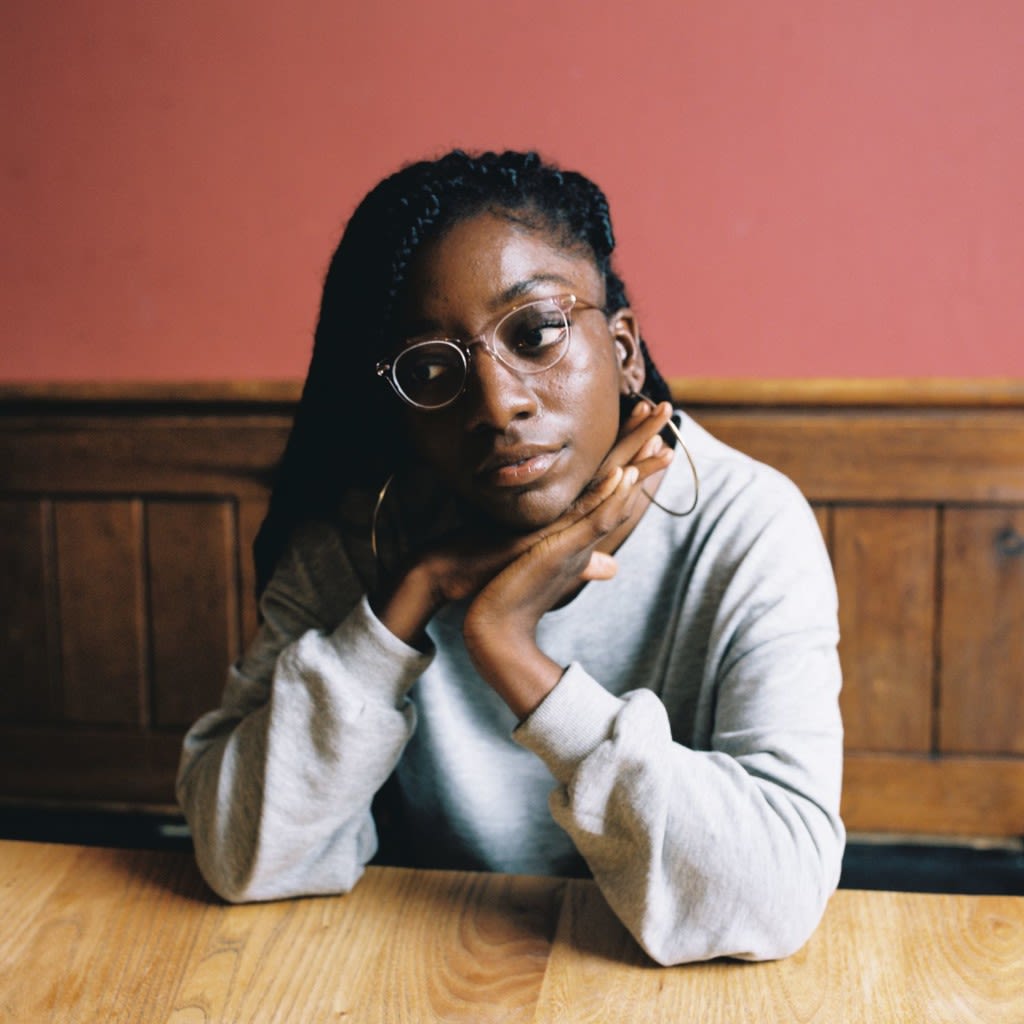 Eno Mfon is a playwright originally from London, who graduated from Bristol University two years ago. Her experiences of the city were mixed: she felt lost in the confines of the university, yet through building a creative network soon found space for her work to flourish. She performed her first full-length script Check the Label at the Bristol Old Vic in 2016 – a one-woman play that deals with the dangerous and too-common trend of skin bleaching among women of colour. We spoke about communicating identity through theatre, finding a place in Bristol and how much of herself she is prepared to give.

— What were your early experiences of writing? The first time I realised I had writing in me, I was in Year 10. We were given a task to write the opening to a short story. Everyone wrote a page, five or six at most, and I literally wrote 60 whole pages. I couldn’t stop. My teacher read it and it was no Year 10 story, it was deep, it was dark. I think it came from the fact my mum is a detective, specialising in rape and sexual assault. From a young age I’ve had these big stories in my head.

— Is she present in all of your writing? Definitely. She was a force to be reckoned with, even in her home town in Nigeria. The strong female characters I try to put in my work all come from stories about her and my aunties. It’s how I see womanhood. There is strength in it – physical strength – which you don’t always see in literature and media.

— What was your experience of university like? When I got to university I was doing student productions – auditioning, getting into some – but it felt like the roles I was being cast in as a black woman were quite reductive. I didn’t see myself in those stories. When it got to midway through my first year, there was this scriptwriting programme that the Bristol Old Vic run with the university, where you work with a producer called Sharon Clark. I wrote a 20-minute script about three women in a society that was rebuilding itself after a disaster. That was the first play I ever wrote.

— When did you write Check the Label? In my second year when I got into the course again. It wasn’t originally going to be a one-woman play. I came to Sharon with the themes: it was about skin bleaching and colourism. I told her I wanted to present in a way that was universal. She said, “this is so personal, it has to be you telling the story.” I hadn’t performed in a while and was losing my confidence in performing, but she said the story was calling for me to perform it. So I thought OK, if that’s what the story is calling for then I’ll try that. The next year Sharon came to me and asked if I wanted to make that script into an hour-long show and perform it at the Bristol Old Vic as part of their spring season!

— Why did you want to write  about skin bleaching? I’m really interested in is secrets. Taboos. One thing about bleaching your skin is that there are certain parts – your knees, your knuckles – that don’t colour well, so they remain dark where the rest of your body is light. Those are the telltale signs that reveal the secret. It’s something black women don’t address directly. It’s always whispers. “Do you think that person is bleaching?” But it’s never a conversation about why. I was touched by how many young black women came to see it. Some of them actually came up to me afterwards and told me their friends at school were bleaching their skin. It’s crazy.

—Your work is very personal. Are you ever wary of sharing too much of yourself? I’m happy to share my own experiences. What’s harder is this year I decided to write a play about my dad, who is currently suffering from Alzheimer’s. I wanted to write about his experience, but I really struggled because it was so close to me but it wasn’t my story. The way that I did that was by creating fictional characters. I found this incredible, heartbreaking story of older people in Nigeria, who are accused of practising witchcraft when they show signs of Alzheimer’s. I created these two women who are trying to look after their mother. In that way I was able to write something distant enough that it felt authentic.

— What’s your relationship with Nigeria? I actually feel quite distant from it. There are lots of young, British-Nigerians who feel so distant from it through a loss of language. There’s a sense of guilt there. I can see myself engaging with that guilt when I write. I do a lot with Yoruba language through my writing. I try to use it as a way of reconnecting with this Nigeria I feel so distant from.

I think in my writing moving forward I want to challenge myself. What other parts of my identity can I find? There is more to me than I can see right now. Through my writing I want to find those parts that are hidden. Those secrets. 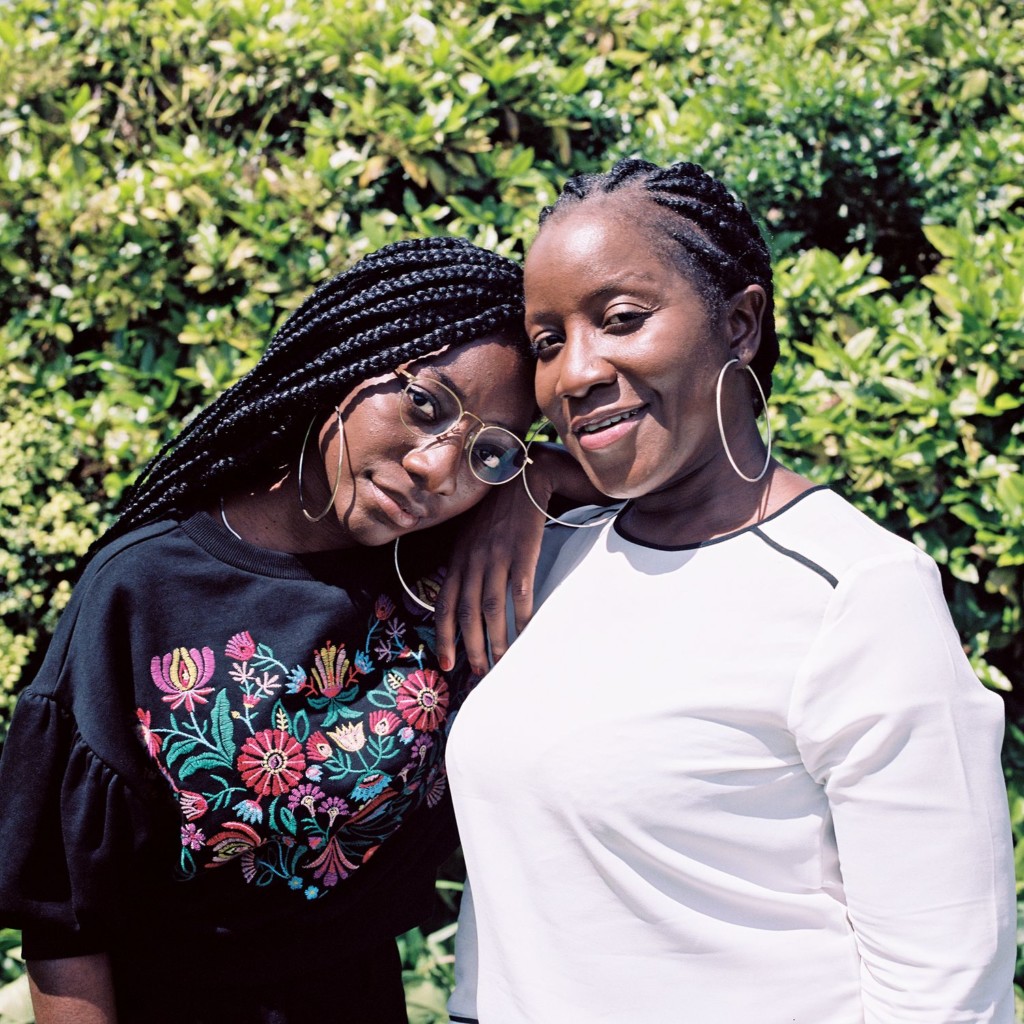 Mark your space in Bristol’s arts scene with this guide to finding creative community in Bristol from youth theatre upstart Eno Mfon:

At the bottom of Park Street there’s this cafe called Woods. Upstairs it is so quiet. I used to go there to read and write my stories. I’d arrive as soon as it opened, buy a hot chocolate and just sit and write. Something about the walk down Park Street and back gave me the time to come up with ideas and reflect. When I found my spot that really helped me. It grounded me.

If you come to Bristol to study, you haven’t moved to a university, you’ve moved to a city. You’ve moved to a whole other world. You will find stories, and meet exciting people.  My third year was incredible, because I was outside of the bubble. I was no longer just going to student events. I was going to different spaces and experiencing diversity.

Embrace being a small fish

Meet the people of Bristol

I got involved with community groups, worked with young people, we created dances and put on programmes – and they were just people I bumped into! There is so much diversity in Bristol. Explore it and see how colourful it can be.

The magazine gal-dem was something I helped start in Bristol. It was a network of young women of colour, coming together and sharing their stories on an online platform. I remember when we met at a restaurant on Whiteladies Road, there were about ten of us sitting around the table. Now gal-dem is over 60 members, that network of women changed my whole outlook. I realised people wanted to hear my stories.