With heartfelt soul, Fatima lets her self love shine 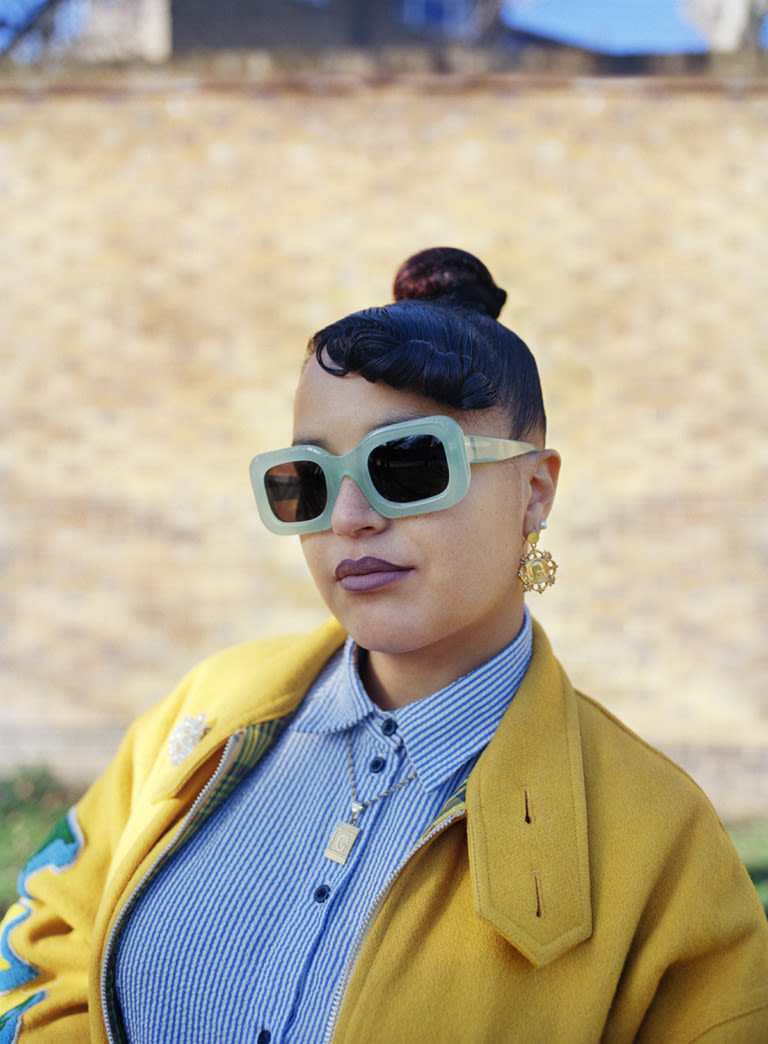 The hallmark of real soul music is truth; the unmistakable rhythm of real life. It’s something well understood by Eglo Records artist Fatima, whose stories of family and friendship, carried by her remarkable voice, have seen her become one of London’s most celebrated songwriters. Ahead of releasing her second album, we spoke to her about life and music, and how a little bit of honesty goes a long way.

Fatima – full name Fatima Bramme Sey – was raised in Stockholm, Sweden. During Fatima’s childhood her mother travelled a lot for work, importing textiles, instruments and jewellery from west Africa back to her Stockholm shop, and often taking Fatima and her siblings to visit family in Senegal and Gambia. When at home she organised music events and filled the house with everything from soul to prog-rock. All the while, Fatima was writing stories, recording songs and radio shows on a cassette player. As a teen she was active in drama groups and especially loved the element of improvisation. “I would envision the characters and step into their lives,” she recalls. “I always found freedom in that.”

Following a first taste of London while visiting to see a Jay Z show, the city stuck with her. So aged 21, she saved up, packed a bag, and moved there. “The first feeling is one of loneliness,” she remembers. “I had to create something from scratch and begin a new life. You have to go out by yourself, things like that.” Fatima became a regular at the now defunct Plastic People, drifting between the dancefloor and shifts behind the bar. It was on these nights out, during the final boom of mid-noughties London nightlife, that she solidified her friendship with Eglo Records’ heads Alexander Nut and Sam Shepherd (AKA Floating Points) and began a working relationship that still exists today.

In 2014 Fatima released her first album on Eglo, ‘Yellow Memories’, a collection of daringly different, introspective soul tunes. “For an album, you don’t just want to throw some tunes together,” she explains. “It’s a bigger project. To create these tunes that reflect my life, everything that comes with it, good and bad.” The record bent genres, but never wavered from her commitment to the truth: exposing her struggles with family and long-distance relationships. “Sometimes you’re reminded how naked you are in lyrics, how much of yourself you’re showing,” she concedes, “but I don’t walk around worrying about it. I always try to be as genuine and truthful as I can be.”

Her new album – ‘And Yet It’s All Love’ – will be no different. During the record’s creation Fatima had a long-term relationship end, an event that has refocused her energies. “A lot of the songs are related to me having to remember not to compromise myself and my vision,” she unpacks. “You can make someone else happy, but you’ve got to make sure you’re happy first. It’s very important for people to remember to love themselves.” It’s been four years since her last album and Fatima is ready to relaunch. “I needed some new energy,” she adds with a smile in her voice. “I just wanted to make something that excited me.” The rest comes next.