Jordy van den Nieuwendijk’s got it figured out 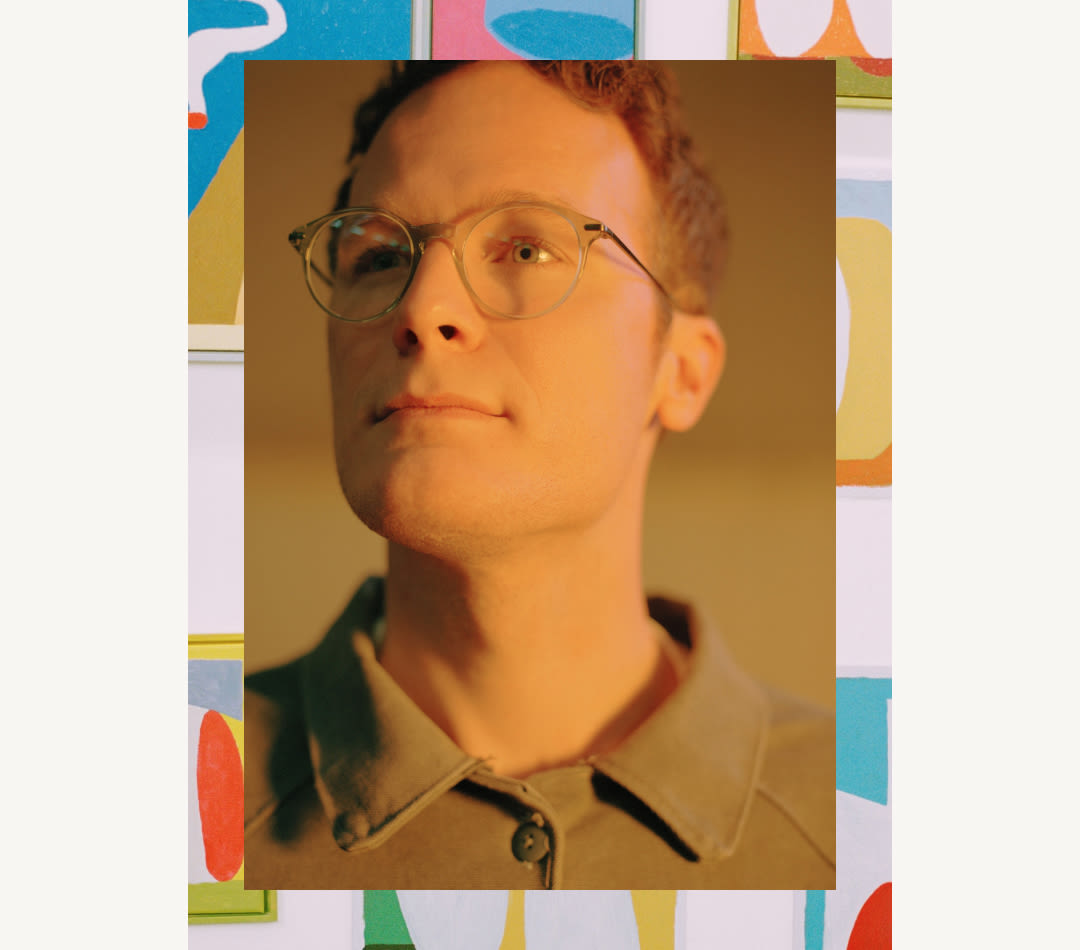 Paintings. They’re serious things, aren’t they? For all the thousands of miles of gallery walls they consume, it’s rare you’d describe one as cheerful, or call a painter light-hearted. Jordy van den Nieuwendijk is an exception to that rule: the painter, illustrator and teacher is the ultimate optimist, and is fine with letting things come naturally.

This happy-go-lucky attitude is also visible in his work, which exudes childlike joy and energy: his logo is a smiley face for goodness’ sake. From his dynamic line drawings to his colourful paintings of vegetables and cars, looking at his work makes you feel warm inside and reflects the enjoyment Jordy gets from making it.

We’ve worked with Jordy before, for murals in our stores in Antwerp and The Hague, where he’s based. Meeting for the third time, he talked to us about sketching, graffiti and the importance of not planning too much.

Jordy rents a space in a repurposed school building, which still shows signs of its past, like child-height coat hooks along the green-tiled staircase. In his sunlit studio, four huge canvases line the walls, covered in abstract, organic forms in green, blue and orange. He’d been up painting till 3am and his lack of sleep had removed any filter he might normally have. “I’m so tired, I’ll probably say way too much.”

Tired or not, Jordy speaks freely and openly, jumping from Philip Guston (one of his favourite artists), to setting up his own chess tournament (he lost every game). He often gets lost in thought and goes off on tangents, until he remembers he’s being interviewed and wonders if he’s answered the question properly.

He’s not one for planning — this interview was organised the day before — and he lets intuition dictate his work, too. Most of the decisions he makes are based on what his gut tells him, like the separation between his illustration and painting styles: one’s all about lines, the other about shapes.

He doesn’t know why he keeps painting and illustration apart, but “they influence each other all the time.” They both start as countless sketches though, and Jordy considers his repetition on each subject an ongoing process, rather than a project with an end goal. At the moment, he’s fixated on flowers. “You can’t really draw them wrong. A flower can have one leaf, 10 leaves, it doesn’t matter. It’s just so much fun.”

Why flowers, or anything he paints for that matter? “I do enjoy those things that you won’t be excited by or get used to, but if you look closer, it can be very interesting.” Skewing recognisable silhouettes results in paintings that require a double-take to understand properly. “There’s not much time involved with looking at images and I want to extend that. I paint shadows pointing in different directions, so it feels like different moments in time. It’s not too difficult, but you fill it in yourself.” 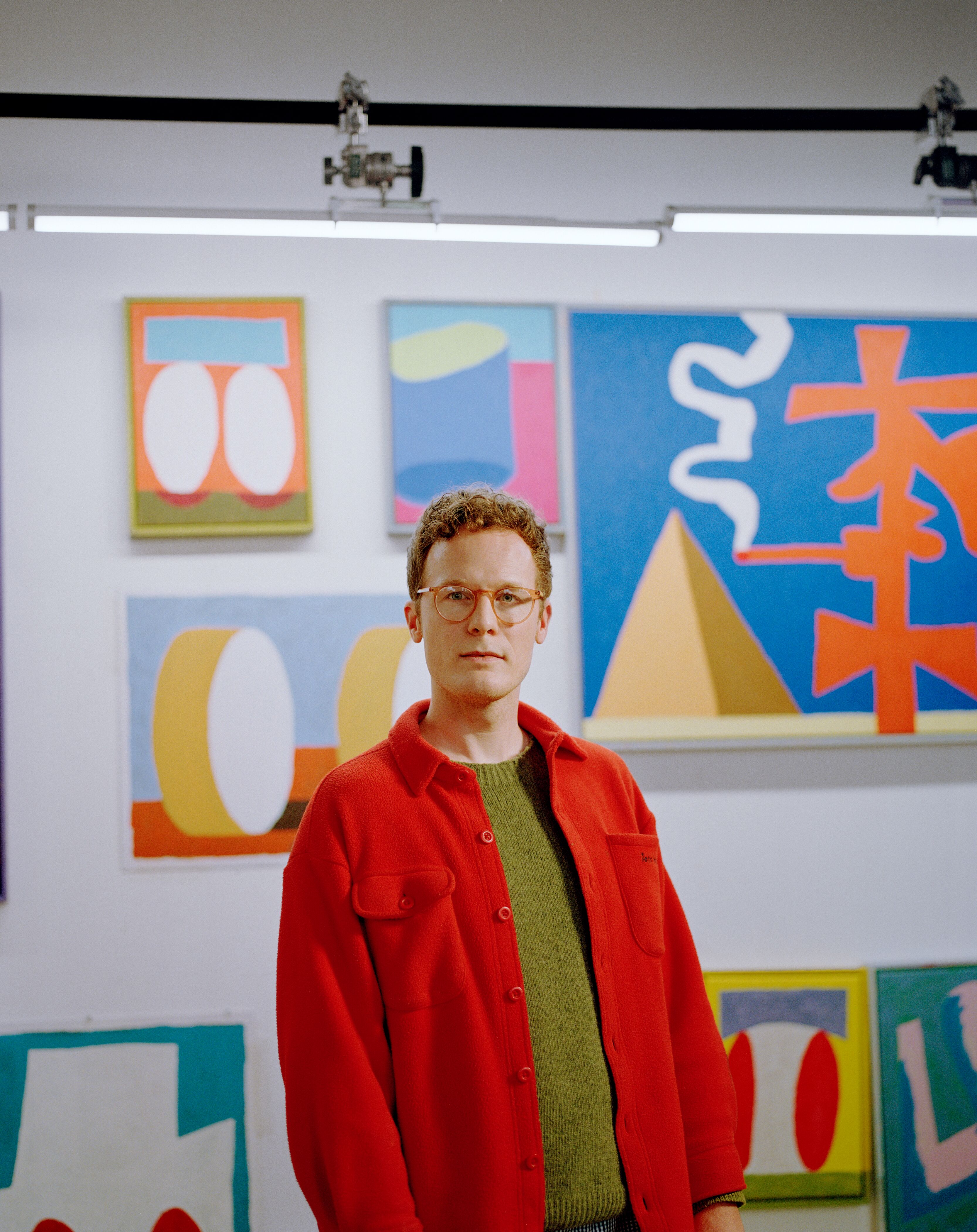 It has to come naturally

Just because he enjoys painting, doesn’t mean he doesn’t feel a burden to make great art. “What am I going to add to thousands of years of art history? Painting is very personal. I do have moments under the shower where I just wanna scream.”

The answer to his anguish? Drawing. “It’s so different. Paper just has this innocence, I guess. You wipe your butt with paper, you pay with paper, everything is paper.” Feeling his arm moving and watching its effect on the page brings everything back into perspective for Jordy, reminding him not to be overwhelmed by expectations.

Despite the pressure he feels, Jordy never really planned to be an artist. As a teenager, he started with graffiti: “it was exciting, running away from the police, it was the most extreme thing I could do with drawing.” It even came in handy when he started promoting his work later, “you can’t really put your name or phone number [on graffiti]. You have to paint in the same style so people recognise it”.

From his spraypainting days to now, Jordy has learnt that he should never force himself to paint, preferring to work at his own pace. “I have no discipline and it’s been like this for years, but it works.” Referencing chess — a favourite hobby — he says he’s “working towards the checkmate” of his career, before deciding he sounds far too pretentious and revealing what a terrible chess player he really is. “I just make a move to see what happens,” which doesn’t work for chess, but seems to suit his art quite well.

When he needs to get away from the solitude of his studio, Jordy also gives drawing classes at the Royal Academy of Arts (KABK). “It teaches me how to talk to other people, because it is a bit of a narcissistic career. It’s not very social, right?” He hopes his students can learn the benefits of experimentation. “There are loads of possibilities, but sometimes I see them being used as filters. Don’t find an excuse to work with this thing you want to work with, but work in a way that suits you.” 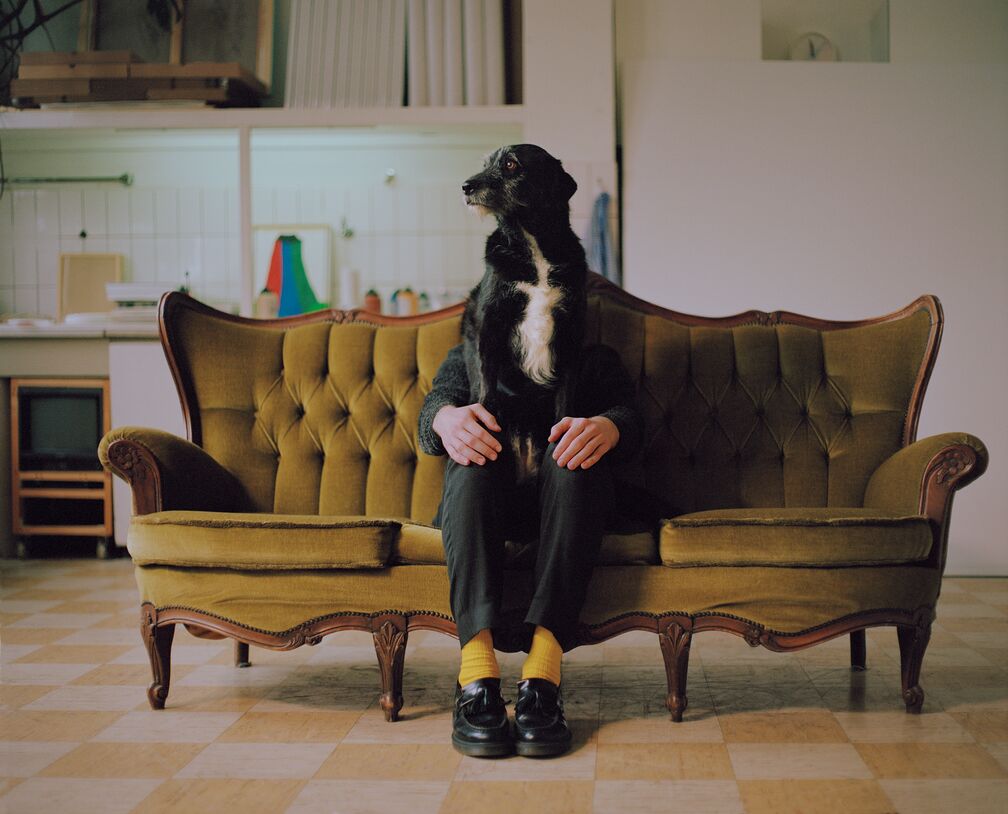 In the end, planning or not, everything tends to work itself out, and if it doesn’t, Jordy’s got plenty of other things he wants to try: the moving image for example. “With animation, I can add storylines and timelines to my coloured lines. That’s one of the corniest things I’ve ever said, but it just works so well.”

He also hopes that one day he won’t have to rely on illustrating for clients to get by. “I want to paint more than I draw and at the moment I draw more than I paint.” He still finds his process difficult to pin down, only realising with hindsight “what I was doing with those car paintings two years ago. Now they exist, I put a price on them, people buy them, it’s amazing.”

Most importantly and visible in all his work, Jordy understands the importance of constant practice in order to improve. “They say it takes 10,000 hours to master something. If you want to have a successful bakery, you have to make loads of bread. You have to do your homework, get into it, do it a lot. That’s the beauty of it.”