Andres Colmenares: A Renaissance Man of the Internet Age 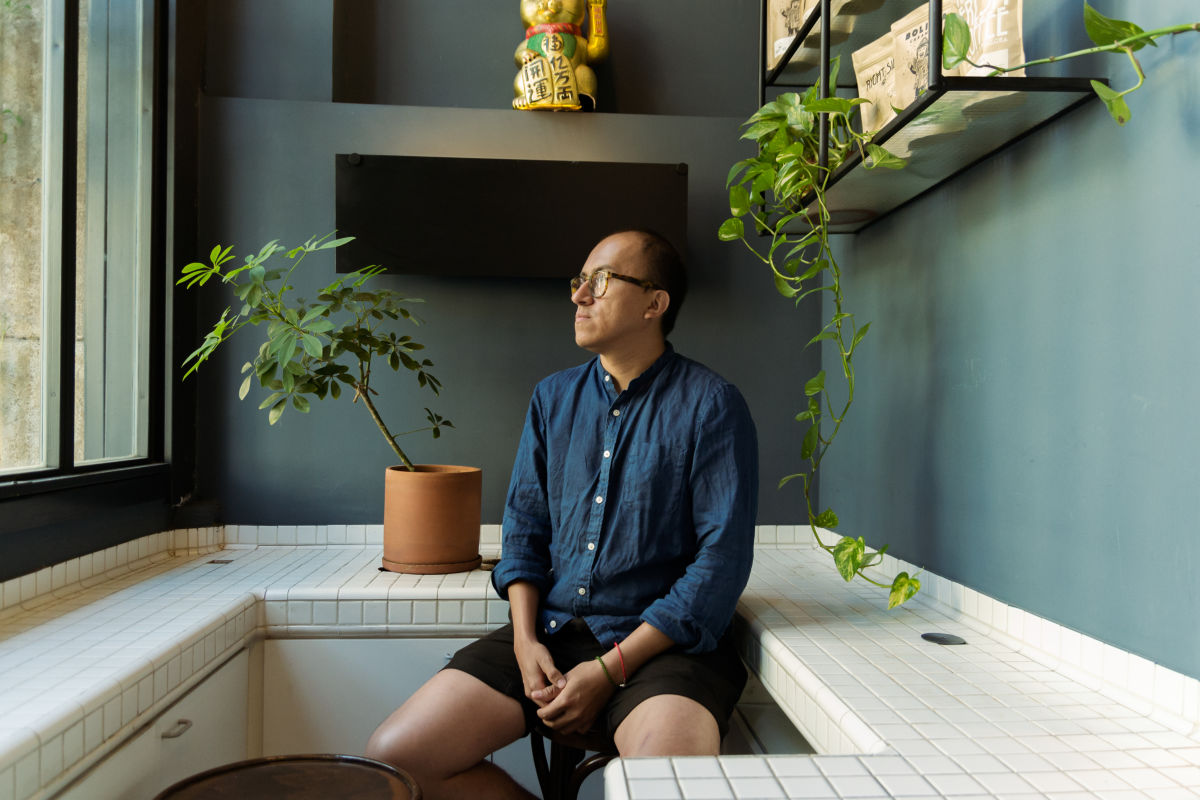 Andres Colmenares — the co-founder of think tank IAM — has a solution for restoring planetary balance in an age of excess. It relies on us changing our perspective of the internet from a technology to a means of creating deeper connections between humans and the planet.

Andres Colmenares takes a seat in Satan's: a trendy coffee shop lining Barcelona’s central Gran Via avenue. He's wearing a dark blue linen shirt — an impossible sartorial choice last month, when temperatures soared to 45 degrees celsius in a Europe-wide, climate change-induced heat wave — but appropriate for this relatively cooler day (a balmy 28 celsius). We settle in with our cafés con leche, and we start chatting.

"Where are you from?"

"I like to say I'm from the Internet,” he answers.

He's not being snarky. His gaze is kind and serene behind his round frames, and for the duration of our interview, every topic we touch on will somehow come back to this answer. It contains a world of meaning. When Andres says he’s from the Internet, he means he’s from Earth. And that sense of identity — of belonging to the planet — is the only way he believes we can save it from environmental disaster.

“What if we considered ourselves internet citizens? Our identity wouldn’t be rooted by our passport or where we were born. It could restore balance to the ecological system,” he explains.

Andres heads Internet Age Media (IAM), a Barcelona-based creative foresight and strategic design consultancy, devoted to exploring the evolution of internet cultures and the influence of digital technologies. These days, much of his research is focused on how we can use technology to restore some sort of equilibrium between humans’ extractive activities and nature.

In an age of catastrophic headlines constantly hailing the polarisation of politics and looming climate doom, his answer is remarkably optimistic. Andres’ philosophy promises to put us back in control of our own destinies — to make us masters of our own narratives — and in so doing, save the planet, and ourselves.

Andres has epilepsy and says his teenage years were difficult as a result. "That kind of distorted everything. My social life as an adolescent was disrupted. That's why I spent more time with my computer than a usual social life," he says. "It was a fascinating idea, to be able to have a conversation with someone from a different culture, of a different age, different everything."

After graduating in advertising, setting up his own studio and freelancing in various undertakings, the foundational rock upon which IAM is built started to bubble up. That idea was that there is no single, predetermined future, but rather, multiple possibilities we can use as guiding principles to create our own destinies.

"Futures are stories, narratives," Andres explains. "One of the big issues in society today is that the future is becoming something negative. Now it's about dystopia. The minute that we let hope belong to the past, [become] nostalgia, we are doomed. That's the whole narrative of 'Make America Great Again’."

To Andres, futures — always in the plural — are tools to design a brighter prospect. It’s a concept that requires creativity, and fearlessness. And it’s never been more important than today.

In 2014, IAM was born, founded with psychology graduate Lucy Black-Swan. They had previously worked together on wabi-sabi lab: a strategic foresight consultancy that helped companies understand young people’s evolving media habits. "Our understanding of the internet changed from a technology to a set of behaviours, a set of ways of thinking, of possibilities," Andres explains.

It was a new age of human history. The internet was no longer a ‘happy place’ full of promise, the way Google and other tech giants had sold it in the 2000s — it was now a mirror, a reflection of society, good and bad. IAM is conscious of this shift and aims to reveal this transformation to their clients, including cultural institutions, universities and foundations.

Andres and Lucy made a conscious decision to move away from commercial work with IAM, preferring ‘purpose-driven’ projects. These have included creating a social innovation platform for Red Bull, focused on building a community that uses tech in creative ways to deal with global, urban challenges. They also spearheaded a think tank ahead of the World Mobile Congress in Spain, bringing together policymakers and academics to look into the implications of applying AI to the public sector.

In late October, they’ll kick off a new Internet Citizenship Forum, to analyse the ways that media consumption and cultural development are being shaped and influenced by the way we use digital technologies. At the heart of this exploration will be how we can use the internet to deepen connections between humans - as well as between humans and the planet.

"We're looking at developing more grounded metaphors and narratives of how we refer to technologies, because the ecological implications of digital technologies are huge, and it's a topic that needs to be addressed,” Andres explains.

Case in point: few people are aware of the carbon footprint their daily internet usage leaves. And it’s giant, mainly stemming from the electricity needed to power data centres and charge our devices. "There's a huge gap between using the internet and the physicality of it. The internet is way more polluting than aeroplanes." Studies indicate that one Google search accounts for an estimated 0.2 to 7 grams of carbon dioxide emissions.

The idea behind the Internet Citizenship Forum is to devise ways to turn people into responsible, global citizens who are conscious of their carbon footprint.

"For many centuries we have taken a step back from the planet,” Andres explains. This way of seeing the planet as a separate entity from ourselves has allowed us to pillage it. “It’s leading to a complete disconnection and imbalance in our relationship [with the planet]."

The solution, Andres says, is to use the internet to develop a planetary consciousness in the billions of people populating the Earth. He puts it this way: "I didn't decide to be born in Bogota. That was not my decision. But all my life is dictated by that fact, for good and for bad. But what if at some point, I decided to become an internet citizen, and I gained some rights, and also some duties?”

"Belonging to the internet is belonging to planet earth. It's what we have in common,” he muses.

Andres is a Renaissance man for the internet age. He name drops obscure French philosophers and, in the same breath, discusses coolhunters. His philosophy towards the internet may take some time to get our heads around, but can lead to a much healthier relationship with the web, benefitting us and ultimately, Mother Earth.

We recently tapped into Andres’ expertise to help us create How Balanced Are You? A report, made in collaboration with The Akin, all about balance and why we all need it. Read it here.