A seat at the table: Yinka Ilori sees the joy in understated objects 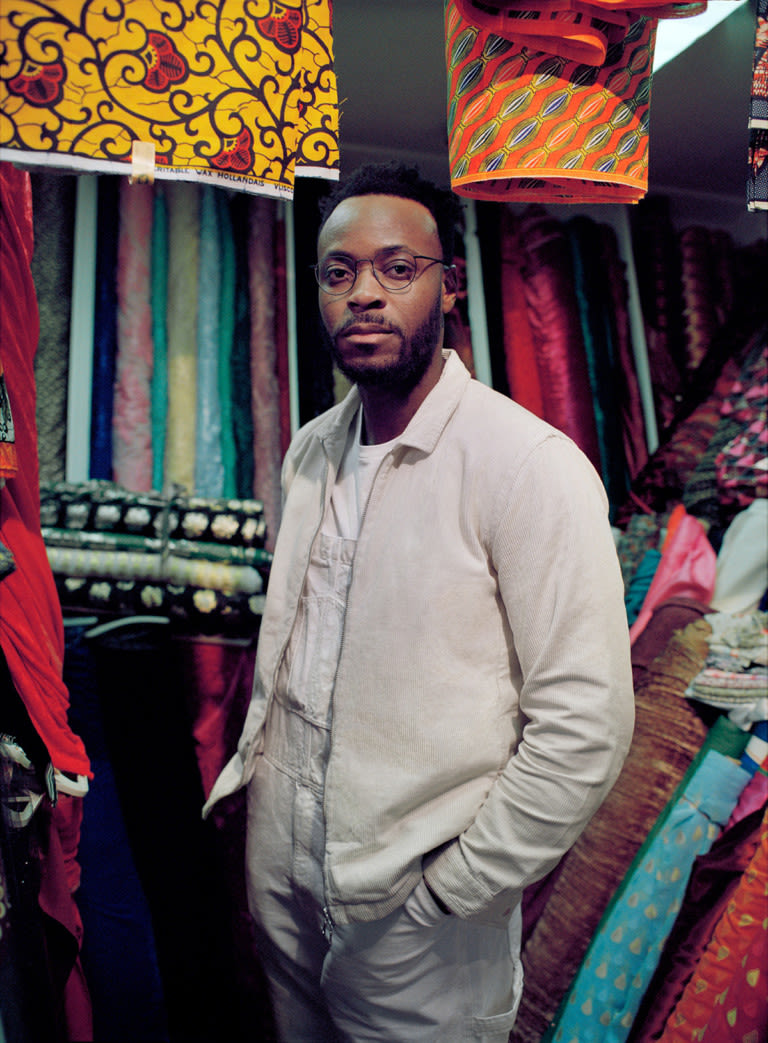 Yinka Ilori remembers a chair. It belonged to his father, and sat in the living room of his old house. Along with his siblings he understood: if their dad came home from work and was anyone sat it in, they had to get up. “It’s funny,” he adds, “when someone loves something, you all want it as well.”

Yinka's love for chairs – his deep respect for the quiet role they play in our lives – still rings in his voice when we speak from his studio in Harrow, North West London. As one of the UK’s brightest young furniture designers, his rise has been celebrated thanks to his bold and playful technique for upcycling – or re-loving, as he prefers – old chairs. You know Yinka’s work as soon as you see it: coated in electric colours inspired by his parent’s native Nigeria, every piece he produces tells a story. Above all, they tell his.

Growing up on a council estate in Islington, Yinka experienced the power of cross-cultural relationships first hand. “Living there taught me a lot about empathy and identity,” he recalls. “London is such a beautiful place, and it’s really shaped me as an artist.” Despite his parents’ desire for him to become a doctor or a civil engineer, Yinka soon found himself at London Metropolitan University, studying for a degree in furniture and product design. Yet it was a while before he found his voice. “I don’t ever remember being encouraged to bring my culture into my designs,” he explains, honestly. This was mirrored in his designs which lacked the colour that makes his work so unmistakable now. “They looked good aesthetically but contained no reflection of who I was.”

The sea-change was a trip to Nigeria after his degree. Yinka had been making regular trips since he was 11, but it was seeing the country with the insight of his training that made the difference. “It all clicked,” he beams. “I saw how the fabrics made my parents happy. I wanted to encapsulate those special moments.”

Since then, Yinka’s work has been focused on building the parables his parents shared with him as a child into the grain of his furniture, infusing the objects with the verbal traditions of Nigeria. “They are about life, love, empathy, sharing and not being envious,” he says. “As I’ve grown up and gone into the world I’ve realised these parables were tools. I hope to educate people on things we maybe take for granted.”

His work has been exhibited all over the world, from London to Lagos, but for Yinka the real joy is the reactions it can provoke. “The first thing you do when you see the chairs I create is smile,” he claims proudly. “I want to express positive energy through fabrics and colours.” More than anything he sees his work as ongoing, and the chair as a narrator passed between families and generations. Whether the next person to sit down understands the meaning behind the chair or not, they have become a part of its story.