The Bright Side of Brussels

Brussels: the capital of a divided European Union and a country that recently operated for 18 months without a government. In times like these, it’s easy to look at the negatives, but Brussels with its myriad of cultures and communities, has been only looking up.

With musicians like Angele, Romeo Elvis and Damso dominating the charts and the national football team bringing joy to millions during the World Cup last summer, it’s been gaining international attention. The city’s growing creative reputation has given birth to the nickname: the new Berlin.

So, what do the people of Brussels see in their individual and collective futures? What’s tomorrow gonna bring? We talked to a few locals to find out their desires, dreams, fears and hopes, and took along with us Belgian photographer Thomas Ost, whose visual essay captures the city’s distinctively Belgian sense of Optimism. 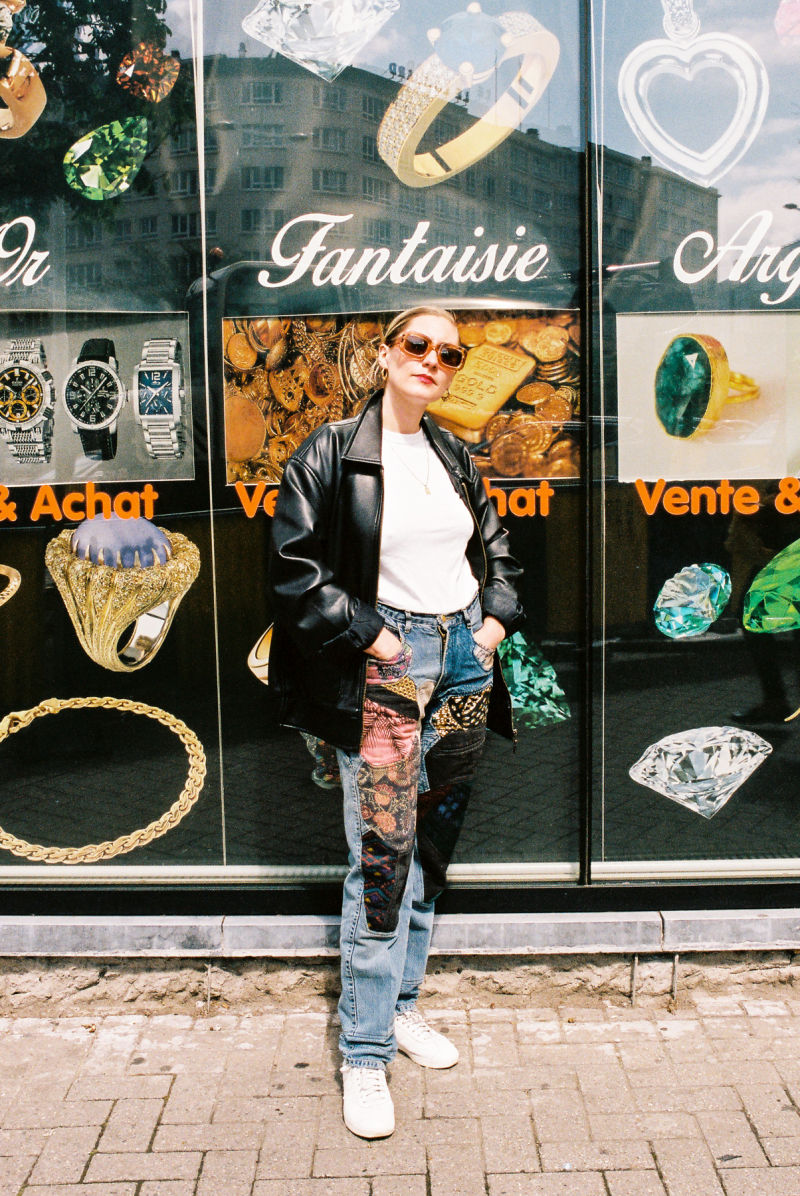 Abstract landscapes in vibrant colours convey joy in nature and a way to document memories that too easily slip away in Chicago-born Tessa Perutz’s work. She favours the quaintness of Brussels over New York or other mega-cities, appreciating its sense of lightheartedness and community. 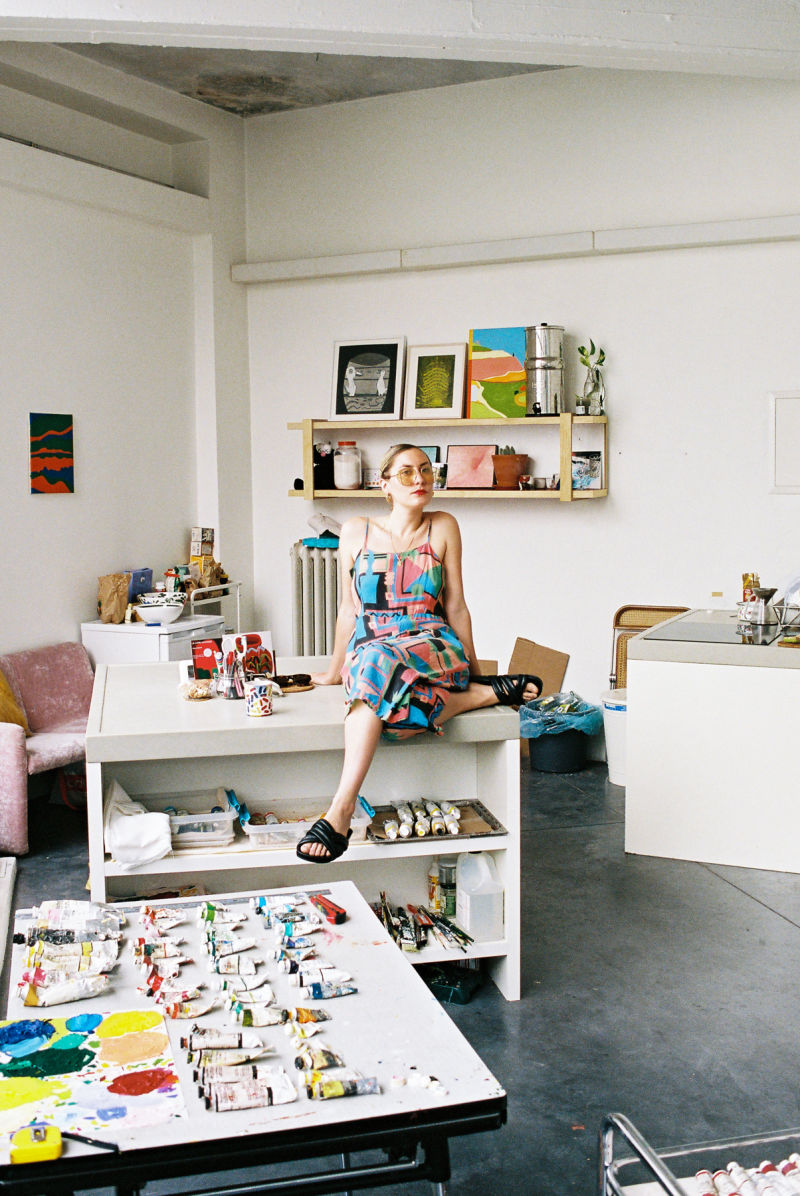 I went on a beautiful long walk through the gardens of Moscow.

It’s everything really. It contributes in a major way to people being very easy going. The humour adds to a sense of lightheartedness and community. Most people don’t take things too seriously in Belgium and I find it very refreshing.

So many things! The art scene is super vibrant and supportive. And a lot of the important figures are women - which I find so inspiring and uplifting. There are many important galleries from international cities opening branches in Brussels which also allows for a greater sense of connection between American, European, and other backgrounds. Beyond that there is also a lot happening in the music, food, and fashion scenes - there is a lot to be thankful for and excited about!

I have a lot of faith in the Brussellois. From even the first days I landed here there were people making me feel welcome. Already I feel some of the friendships I have made will be lifelong, and I’ve been here less than a year. There is also a certain relaxed attitude from living in a smaller, cozy city that I like, that makes me feel I could stay here a long time. It’s much more livable than the huge mega-American cities I’ve lived in most of my life. 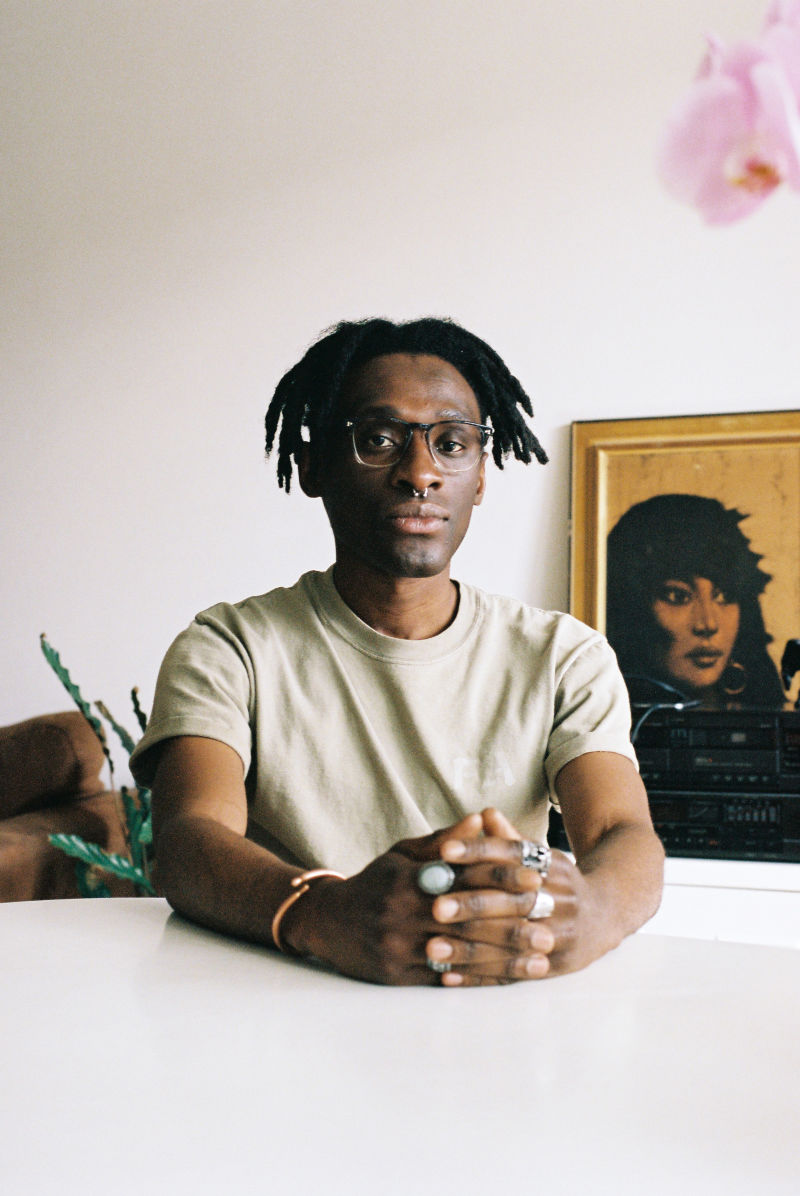 A born optimist, writer and photographer Hugues Ntoto is inspired by personal stories and the subtle cultural meaning behind seemingly simple occurrences. The multi-faceted, urban chaos of Brussels creates the perfect starting point for his work, full of surprising contrasts and happy accidents. 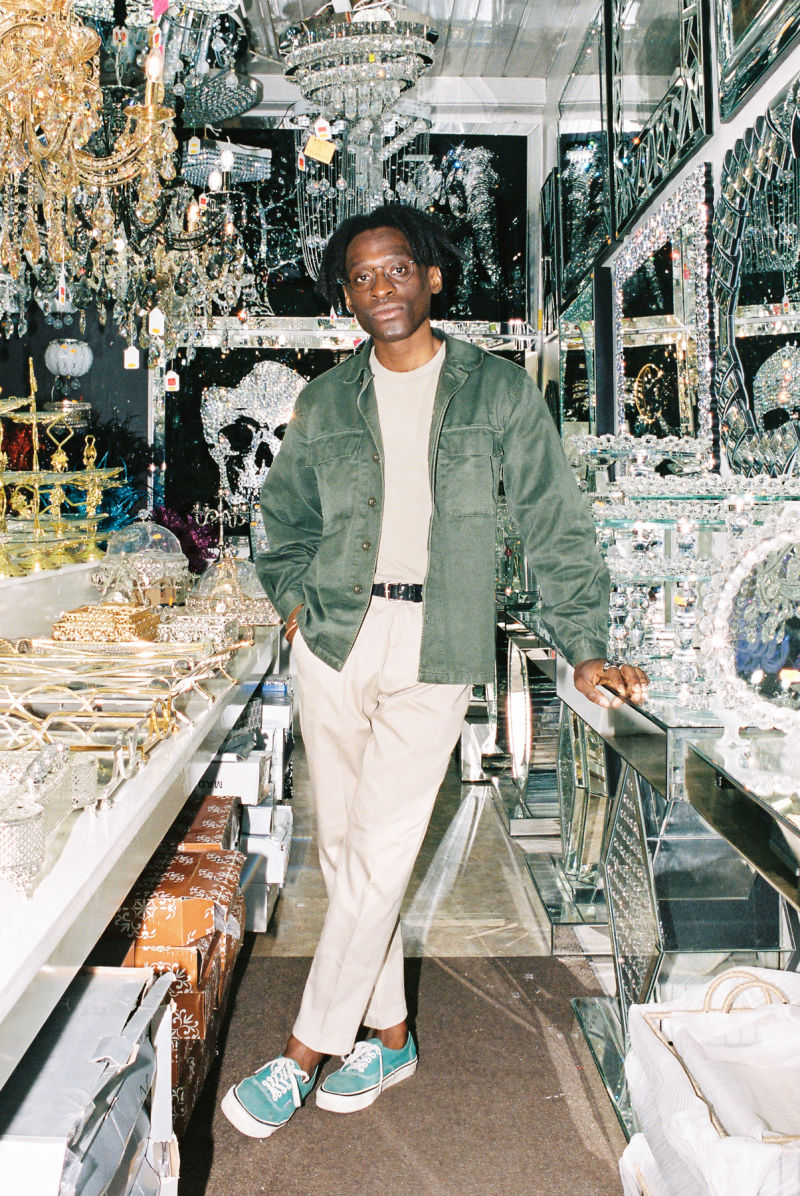 I woke up greeted by a clear sky and bright sunlight. My favourite part of waking up after a good night of sleep is the excitement of a new day. The best things that happen to me are more than often as simple as that.

I like to think I was born an optimist, so my glass is always half full.

There's a vibrant creative scene and energy that never settles and it's open to all. Brussels feels like a city that's on a neverending quest to find sense and beauty in its own urban chaos. It's what drew me to this city in the first place. Maybe there are other people who feel the same way about this place.

I have as much faith in the people of Brussels as I have faith in myself. When you live in a bustling city like Brussels you try to get by and make the best of it. We don't always share the same struggles or joys, but people are more similar to one another than they sometimes realise. That's where my faith comes from.

I'm more of a diplomatic conflict-resolver so I try to avoid fights in the first place, but I believe forgiveness is important. 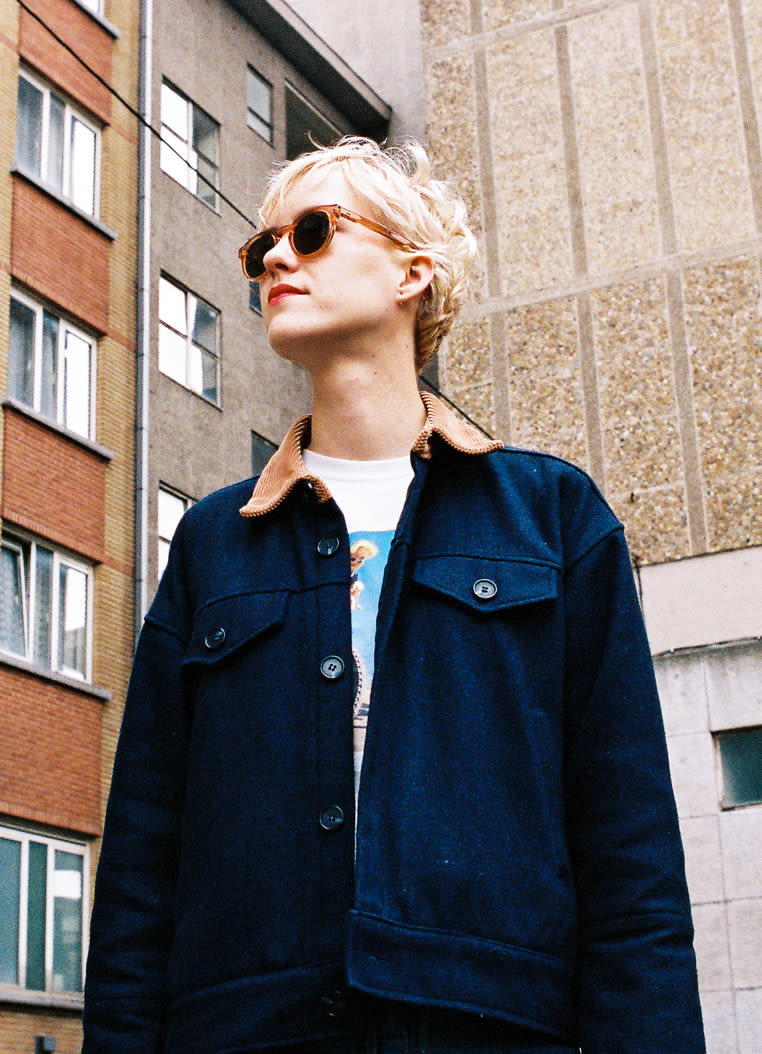 Photographer Catherine Lemblé captures vast mountain landscapes and snow-covered huts in her work, to portray the complicated relationship between humans and nature. These images of solitude couldn’t be more different from the fast-paced urban lifestyle of Brussels, where she lives. 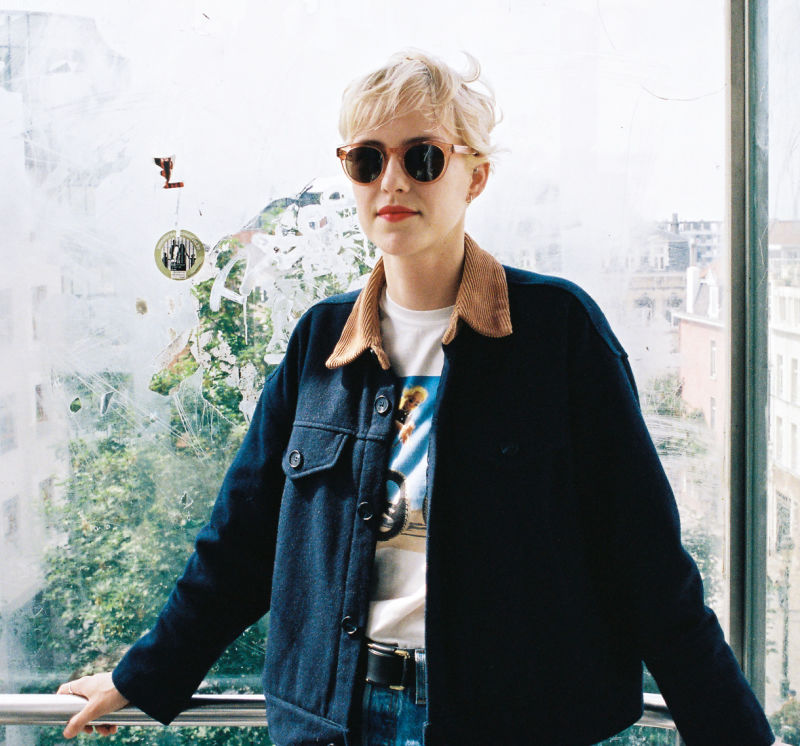 The smell of sunscreen

Are we famous for something else besides chocolate and beer?

Do you mean on a scale from one to ten?

Only if they're bleeding (just kidding) 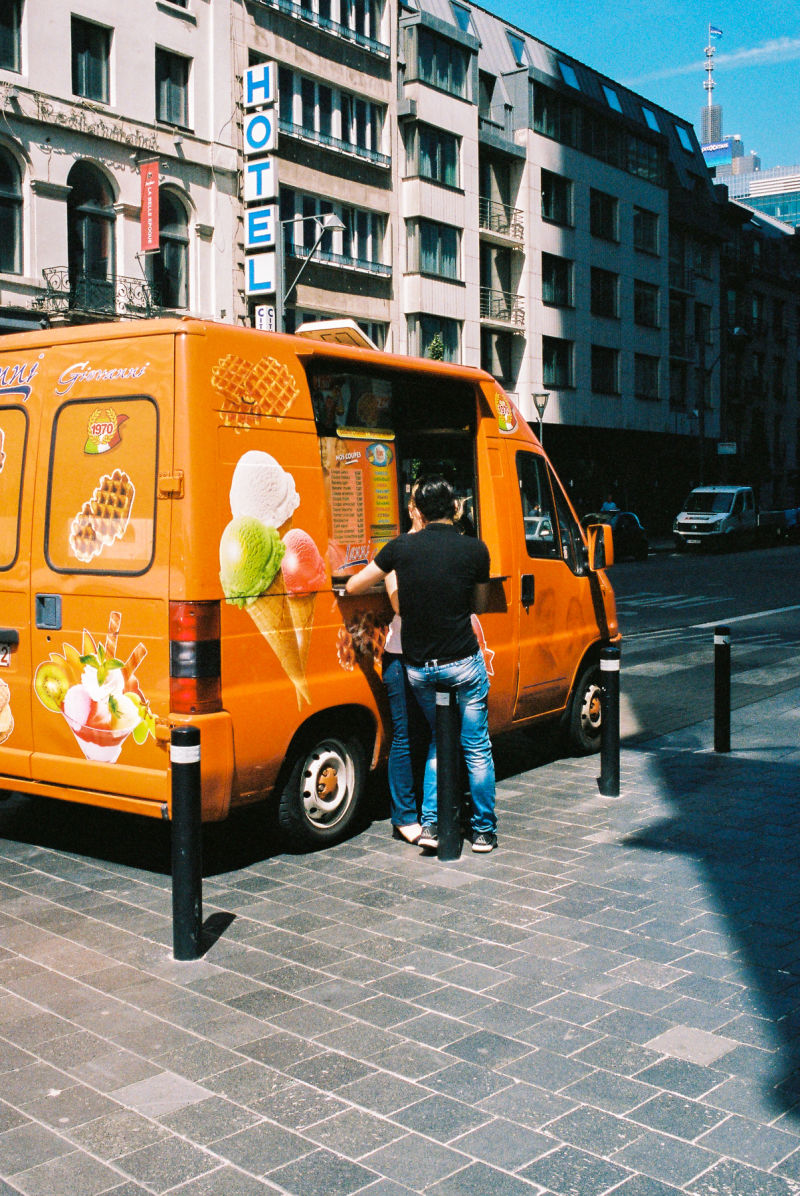