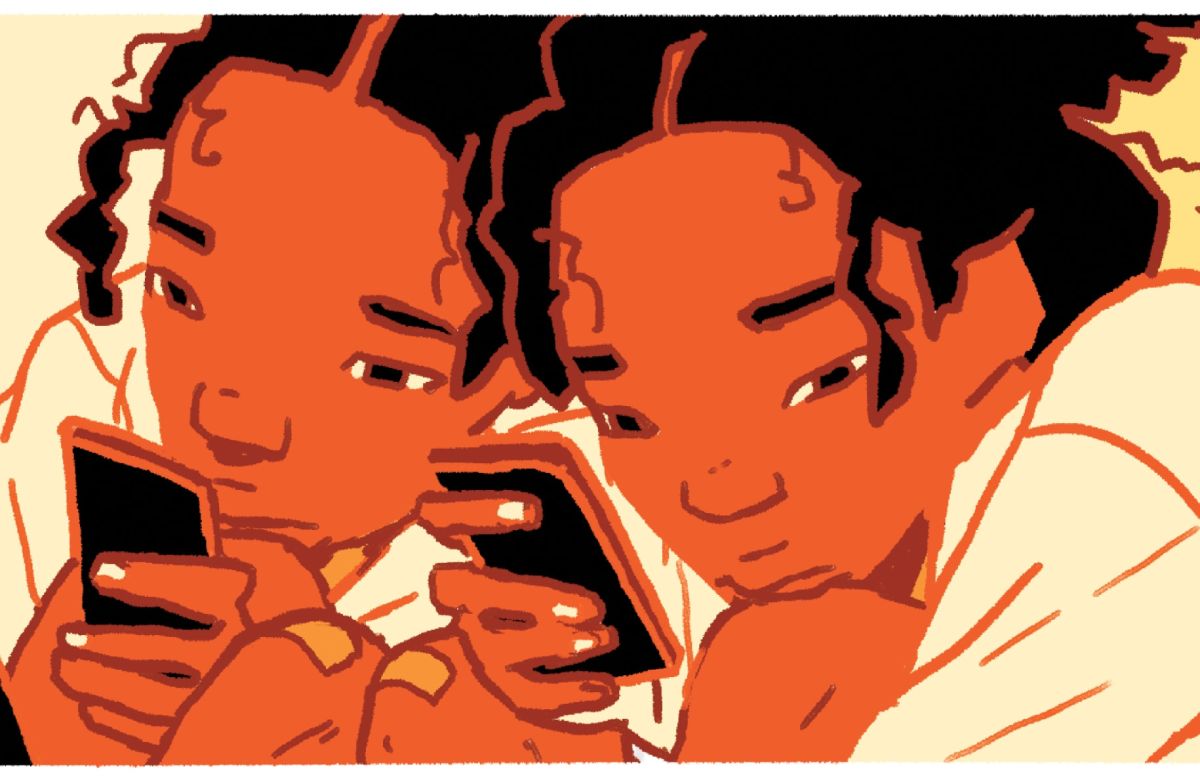 In honour of World Mental Health Day, we created a comic story entitled 'A Present Future', with Freddy Carrasco. The Dominican-born artist seeks to reflect the landscape of our world, by tackling themes of love, futurism and desolation. In conversation with It’s Nice That, Freddy discusses his journey, the importance of mental health, and the meaningful message he sought to communicate with the work he created for us.

This article was originally published on It's Nice That. You can support mental health charity SANE, and get a copy of the comic here.

Now, more than ever, people around the world have become more comfortable talking about mental health, particularly around this time of year when World Mental Health Day takes place. Nevertheless, “it’s a message that we need to keep pushing,” says illustrator Freddy Carrasco while discussing a new commission for Ace & Tate. “We’ve all got demons and there’s no such thing as a perfect family, a perfect relationship or a perfect job,” he adds poignantly. “We’re all just trying to figure it out one day at a time.”

In a new comic commissioned by the Dutch eyewear company, which has a long tradition of raising awareness around mental health, Freddy investigates the topic of balance and, more specifically, hot topics such as self-care and wellness. For many creatives to whom these topics and the artistic practice are intrinsically linked, finding their process can ease mental tensions and induce a therapeutic state of mind. It’s certainly the case for Freddy who, in his own words, has “been an introvert for the majority of [his] life, so drawing has always been a way to express how [he’s] feeling when the words haven’t don’t come easily, which is often.” 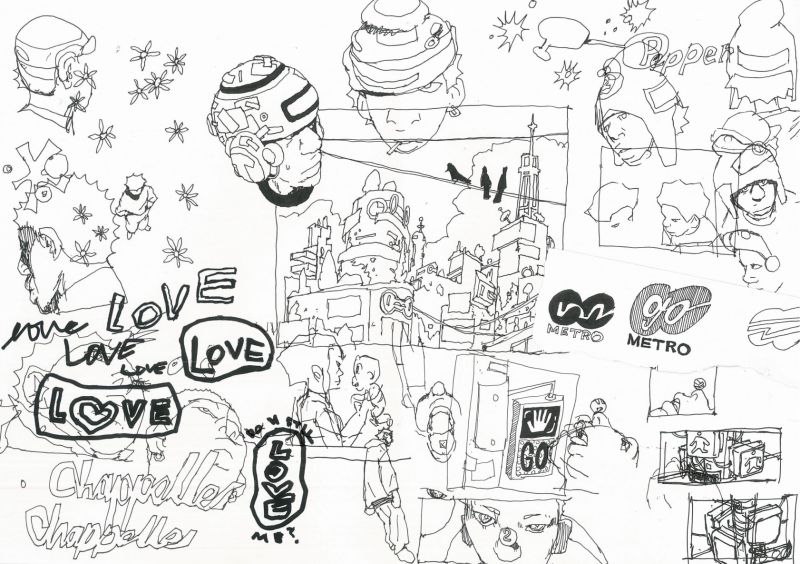 In a recent report made in collaboration with brand consultancy, The Akin, Ace & Tate investigated the notion of balance by asking 1,800 people across eight different countries how they stay level-headed today. In a startling examination, they found that 65% of the participants had suffered (or nearly suffered) a breakdown. 85% of the participants stated that social media makes them unhappy, while another 85% said they find balance by escaping to nature. For Freddy however, as well as many creatives like him, “it has always been art” that keeps him balanced. He tells It’s Nice That, “the abstract nature of emotion is often impossible to describe with language, so art keeps me sane.”

On discovering the results of this research, Ace & Tate wanted to do something to contribute to the future of mental health, resultantly commissioning Freddy to create a comic to help raise awareness on the matter. Selecting the Japan-based creative for his ability to relay a relatable story using an original medium, the new comic transforms the complicated subject matter into an accessible visual narrative.After studying animation in Toronto, Freddy went onto work in the industry but found himself struggling with the limited expression of the discipline. “Working in animation means being part of a team,” explains the now Japan-based illustrator. For Freddy, the practice of collaboratively working towards a common goal often meant that individual, artistic intentions were compromised for the sake of the wider team, which didn’t favour his raw vision as a creative.

As a result, he started making illustrations in his spare time, developing his hobby into a fully-fledged freelance career. Though it took several years, for now Freddy is comfortable with a newly realised illustrative balance. Striking a place of comfort somewhere between not taking himself too seriously and not being too one-dimensional, Freddy’s creative equilibrium allows him to divulge into delicate stories such as A Present Future for Ace & Tate. 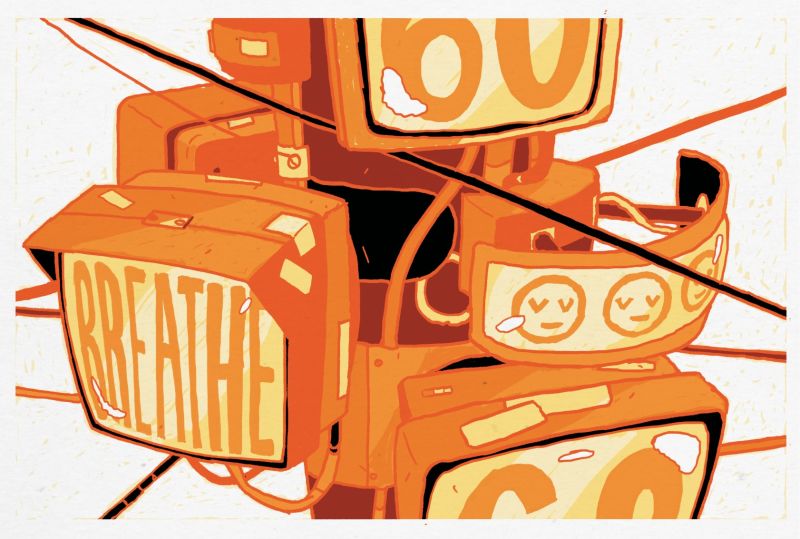 The comic, bathed in a warm golden hue, was initially inspired by a friend of Freddy’s who recently went through a breakdown. “She disappeared from social media and eventually emerged a while later, revealing to her close friends that she’d been diagnosed with Borderline Personality Disorder,” says Freddy.

Reading a collection of poems she had written in the aftermath of the breakdown opened the artist’s eyes to how other people experience life. “Sometimes, you can never guess that these people are dealing with these kinds of things until it’s too late. So it’s important to talk to people,” he says on the matter.

Delving into extensive research on the subject of mental health, Freddy came to the conclusion that the comic would centre on the relationship with oneself rather than others, and how this can be a catalyst for change. Set in a Utopian future, A Present Future explores the importance of self-acceptance, concentrating on the need to “love and accept ourselves first and foremost” through a calming, sun-drenched colour palette. 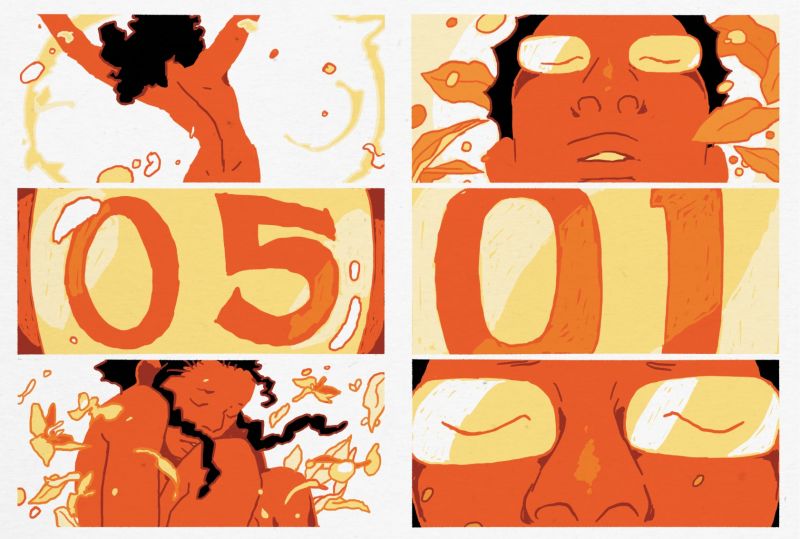 Freddy began by sketching out some preliminary drawings in his sketchbook, first of all, and then designed the expressive characters and the surrounding cityscape on his iPad. Once he’d locked down the final panels of the comic, he started experimenting with colour tests, trying out blue, green and red colour schemes before deciding on the orange-tinted palette which made “everything fall into place.”

It was the final creative touch that seemed to emphasise all that Freddy wanted to communicate: “Take a break, take several. Look within. Talk to someone. You don’t need to suffer in silence.”

The comic will be available to buy online and in-store from today for a limited time only. For every copy sold, proceeds will be donated to SANE: a mental health charity that works to improve the quality of life for anyone affected by mental illness.