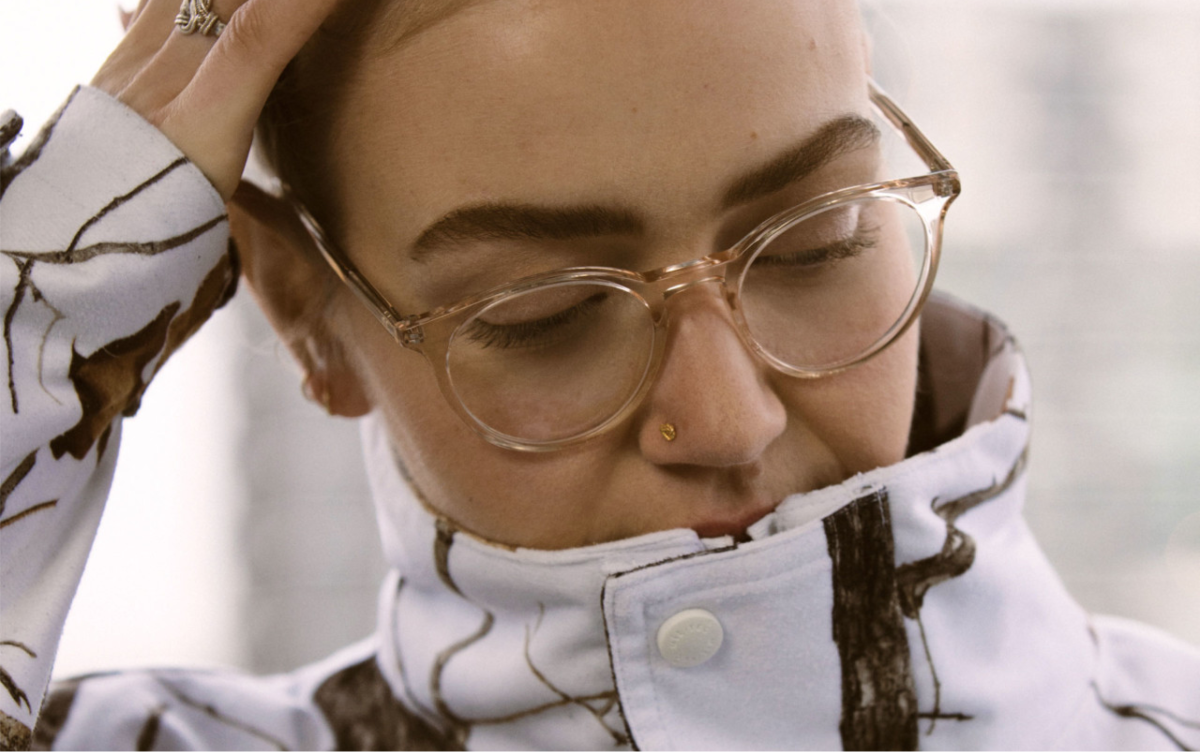 It’s a Tuesday afternoon and Piet Langeveld has just finished up at Amsterdam-based footwear label Filling Pieces when we meet at Spui for a coffee. “I freelance for them and focus on material and colour research, trend forecasting and coming up with design concepts,” she tells us. It’s the middle of winter but we decide to sit out on the terrace, lucky enough to find a seat under a heat lamp that quickly envelops us in a warm glow.

Trams zigzag past us every few minutes, their bells ringing incessantly at unassuming tourists and stubborn cyclists. Piet doesn’t seem too distracted by the commotion as she takes a sip from her coffee cup. She’s incredibly articulate and it’s hard not to be entranced by the ease at which she pieces together her answers like she might pick her outfit for the day.

It’s like Piet has sprinkled little bits of herself all over the Internet, leaving it up to us to craft an image of who she is. There’s the simple HTML website titled ‘progressive relaxation’ featuring a Dalai Lama quote and a flashing Enter sign that takes you to a Tumblr page with links to videos she made with Amsterdam-based musicians BEA1991 and RayFuego. “When I graduated from the Utrecht School of the Arts I questioned how I could best present myself online. I’ve always considered my personal life and my work to be very connected, so it was hard to distinguish the two. Instagram was something I adopted quite naturally.”

On her feed, you’ll find a photograph of Louis Vuitton bed sheets, a close-up of a bright orange pair of high-heeled boots, a fanned napkin and the occasional selfie. “We look at ourselves in an attempt to understand who we are. It’s a form of expression, and I like to experiment with how I express myself.” Her Instagram feed is much like the rest of her work: it’s not about the one image or the final product but about the process of getting there. “I realised during my studies that I was more interested in the process of creation and new ways of thinking that the creation could bring about than the final product.

Born to creative parents, Piet lived with her mother in a squatted train depot just west of Amsterdam’s Central Station alongside artists, anarchists and hippies until the age of 14. When she wasn’t travelling or spending hours out in the garden, she was free to explore her own creative interests; “I would never really play with my toys. Instead, I would arrange them according to colour or something else that interested me.”

She sees fashion the same way, being more drawn to the form and materiality of clothing than the brands. “I’m motivated by an interest in collecting and a curiosity to experiment with new combinations, which extends beyond clothing into all aspects of my life,” she says. “I’m very aware of the fact that people respond to the way I dress but it’s not my intention to make a certain statement. It’s more about arousing a certain feeling with what I wear: it might be more manly or feminine, childlike or playful depending on my mood. For me, clothing is an activation of an emotion more so than a message to the outside world.”

Last year, Piet worked with Iranian-born, Netherlands-based singer and songwriter Sevdaliza on the video for ‘Amandine Insensible’. When I ask her about the collaboration, she says, “I was very impressed by her; she’s incredibly feminine but also has this strong masculine presence. In the video, we wanted to explore the identity of the modern woman.” She admits to not identifying strongly with one gender more than the other; while she was concerned with beauty at a young age (“I remember wearing a red Chanel lipstick gifted to me by my mom’s best friend”) she has always been more drawn to men’s clothing and counted more male friends than female friends growing up.

“I don’t think I identify with the feminine stereotype or the male stereotype. If I had to choose a gender I’d rather say childlike than male or female. But it’s in all of us – man, woman and child – and that’s OK with me.”